A Charmed Evening At Eastwell Manor

Damian Collins, MP for Hythe and Folkestone, will introduce his recently published book about Sir Philip Sassoon entitled ‘Charmed Life’, which was published by Harper Collins on 2nd June 2016.

Of course, Damian will be happy to sign and dedicate books and copies will be available at a special price for those who wish to purchase one.

There will be a four course dinner, including cocktails and wine, for just £45 per person; and why not stay the night? Accommodation with a full English breakfast and full use of the spa facilities from £85 per person. 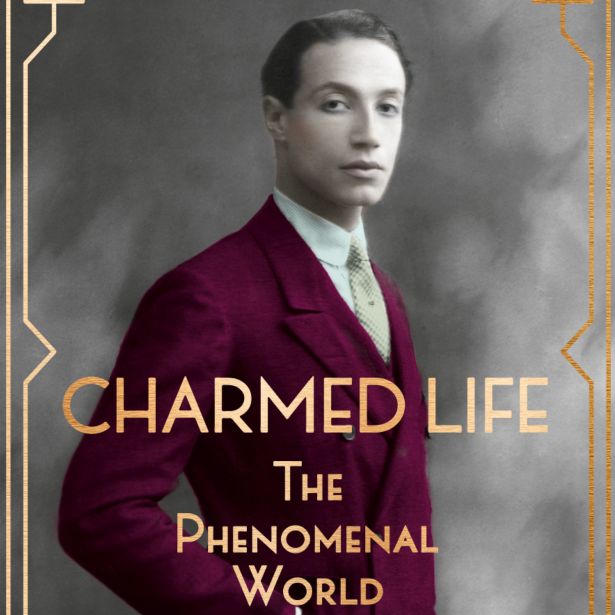 The Phenomenal World of Philip Sassoon…

…And the world surrounding this handsome, talented, educated, innovative, brave and privileged “renaissance” man was phenomenal, even by those heady standards of the 1920s and 30s.

Privileged he certainly was as the son of a potent combination of two very wealthy Jewish families, the Sassoons and the Rothschilds. His sister married the heir to the Marquess of Cholmondeley and his cousin was the First World War Poet Siegfried Sassoon from another branch of the family, but their ideas  about  First  World  War  strategy  were  very  different.  Educated  at  Eton  and  Oxford  Philip combined a knowledgeable appreciation of the Arts with a love of flying (He was Undersecretary of State for Air from 1931-37). Before that, when a young second lieutenant in the East Kent Yeomanry, he was a private secretary to Field Marshall Haigh during World War One, which brought into play his skills as a linguist.

The list of his achievements, honours and decorations is endless and of course he was very much a hero and celebrity  spoken of with awe and wonder in our local area.  His exotic mansion at Port Lympne became a legend with its string of wealthy and famous guests.

Philip’s father Sir Edward Sassoon was elected MP for Hythe in 1899 when his son was eleven years old and was one of nine Jewish MPs in the House. Philip succeeded him in that position in 1912 and was, at that time the youngest MP in the House. So he wasn’t just that colourful character with the Mansion on  the  Hill,  but  he  was  a  well-respected  public  figure  who  represented  his  constituency  and  he certainly put Folkestone, Hythe and Lympne on the map whether he was playing darts in the Hythe Conservative Club or hosting the post war Anglo French Conference at Port Lympne.

Of course his other beautiful home, Trent Park House, in Hertfordshire was a “dream of another world”, and was more of an English Country House than the exotic Port Lympne, but again hosting the great and the good.

Sir Philip Sassoon died far too early in 1939 at the age of only fifty, with so much left to achieve. Noël Coward had called him “a phenomenon that would never return” and Damian Collins’ book published by Harper Collins on June 2nd 2016 shows how true those words were.

This carefully researched and detailed biography brings the man alive in words and photographs and, although we cannot conjure up those celebrity guests of his – Winston Churchill, George Bernard Shaw, The then Duke of Kent, The then Prince of Wales, Rex Whistler, Lawrence of Arabia, Charlie Chaplin and many more at Eastwell on Friday 8th July, we can promise you great hospitality and interesting company as well as cocktails and a menu to reflect Philip Sassoon’s era as Damian reminds us of those phenomenal days.

A Charmed Evening At Eastwell Manor