The Orchard Theatre have announced that Marti Pellow will lead the cast of this year’s spectacular family pantomime Aladdin from Saturday 8 December playing the role of the evil sorcerer Abanazar.

The hugely talented performer Marti Pellow has achieved some of the UK’s biggest number-one singles, and has regularly featured in the UK charts throughout his career, both as a solo artist and as the frontman to Wet Wet Wet.

The BRIT and Ivor Novello award-winning artist has released over twenty studio albums, including his recent hit album Mysterious. Marti has enjoyed over 25 hit singles and continues to sell out with his live concerts and arena shows, including last year’s sold-out Mysterious Tour. Throughout 2018 Marti will be back on the road with his Private Collection Tour, a celebration of 30 glorious years in the music industry. 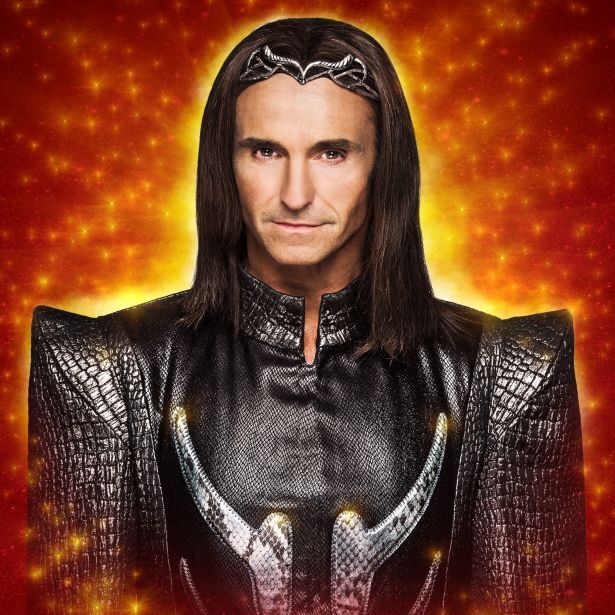 In addition to his music, Marti has also starred in numerous high-profile theatre productions in the West End and on Broadway, including Chicago, Blood Brothers and the sold-out, award-winning musical Evita for which he was nominated for Best Actor at the WhatsOnStage Awards which played at the Orchard Theatre in 2014. He’s also had the privilege to work alongside Tim Rice in his concert film of Chess, and with Jeff Wayne in the international arena tour of War of The Worlds.

Marti has also starred in many record-breaking theatre tours, including The Witches of Eastwick, Blood Brothers and Jekyll & Hyde. Marti made his pantomime debut for Qdos Entertainment in the record-breaking 2015 Birmingham Hippodrome production of Aladdin, which he reprised at the 3000-seat SEC Armadillo in Glasgow and broke Box Office records at the Bristol Hippodrome last Christmas. In addition to starring in Aladdin, Marti has also written his own original music for the production.

Aladdin will be produced by Qdos Entertainment, the world’s biggest pantomime producer, and the team behind Dartford’s annual pantomime, who guarantee another must-see production packed with a lamp-full of audience participation, sensational music and dancing, jaw-dropping special effects and fantastic festive entertainment suitable for all ages.

Michael Harrison, Managing Director of Qdos Entertainment, said: “I’m thrilled Marti will be headlining our fantastic production of Aladdin at the Orchard Theatre this year. Not only does he possess a stunning voice, he is a fantastic stage performer and one of panto-land’s ultimate baddies.”

Lorna Strawson, Theatre Director at The Orchard Theatre, said “We are thrilled that Marti will be joining us and starring in Aladdin this year. We are so excited to see what someone of his calibre will bring to the stage, we’re in for an amazing year in panto-land!”

Featuring a wish-granting genie, an evil sorcerer and the timeless tale of the Twankey family panto lovers should hop aboard a flying carpet and fly to the Box Office to secure their tickets for this year’s must-see, genie-us family pantomime.

See Marti Pellow in Aladdin at The Orchard Theatre from Saturday 8 – Sunday 30 December.

Pre-show dining is also available before the show. The Orchard Theatre’s Restaurant provides a delicious range of, unique and memorable dishes, using the freshest local produce and prepared daily by the Head Chef.  Reserve your table when booking your show tickets.