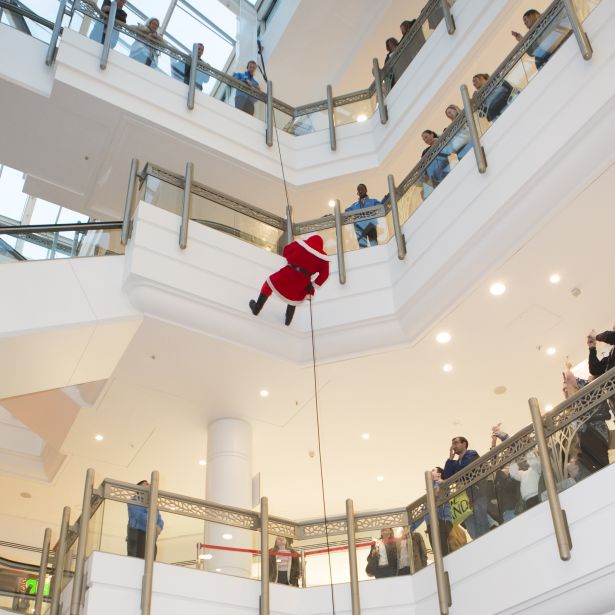 Shoppers and families were wowed on Sunday 15 November, when Santa made a surprise entrance at intu Bromley, abseiling into the main atrium for the centre’s big Christmas Light Switch On.

Bromley residents were also joined by Holby City and Waterloo Road actor and season six Strictly Come Dancing winner Tom Chambers, who is in Bromley to prepare for Noël Coward’s highly anticipated comedy Private Lives, which will be performed at the Churchill Theatre in January.

“It was fantastic to have Tom join us to be a part of our Christmas celebrations, and to share the main Christmas light switch on duties with Bromley resident Nataliya Huxley. Nataliya won our Facebook competition and we were happy to make her Christmas wish a reality, while also donating £500 to the charity of her choice, Great Ormond Street Hospital for Children,” Craig Higgins, intu Bromley marketing manager said.

“We received a great turnout and we were also pleased to be joined by 15 members of the Bromley FC team, including Captain Rob Swaine, Ben Chorley, Jack Holland and Joe Anderson.”

Families and shoppers enjoyed roaming entertainment on the day and were also treated to free goodie bags and prizes, with one lucky winner receiving a £1,000 gift card.

The event was part of a series of intu events nationwide to celebrate turning on Christmas lights and inviting shoppers to come and play this Christmas. To watch intu Bromley’s Christmas advert please click here, and for more information about intu Bromley, visithttp://intu.co.uk/bromley. 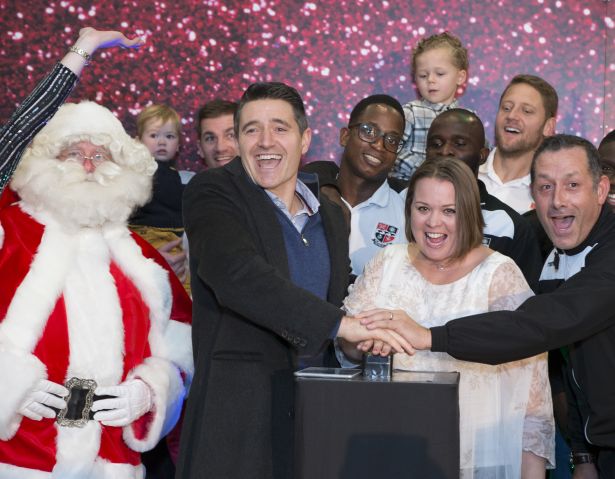