Afternoon Tea at The Cafe Royal 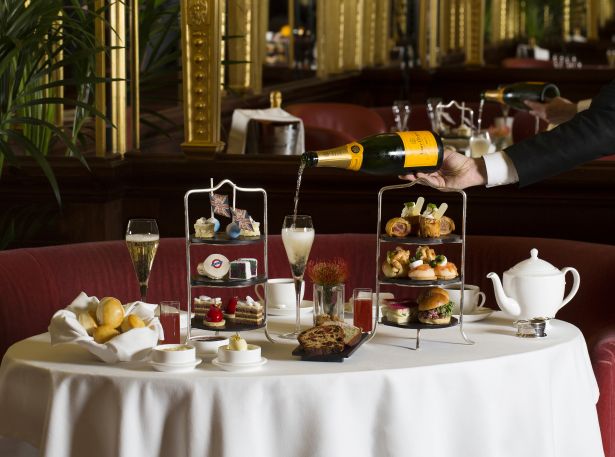 The Hotel Cafe Royal in London is a bit of an institution. This award winning hotel was built in 1865, and it is where the most fashionable of gentry went for their tea and treats when in the city. It is where the great and the good (and the not so good on occasion) spent their days and nights. People such as Oscar Wilde, Rudyard Kipling, George Bernard Shaw, Arthur Conan Doyle, and Winston Churchill amongst many, many more.

It was here that we enjoyed afternoon tea in the Oscar Wilde Bar. And what a tea it was! Originally established in 1865, this bar is where Oscar Wilde himself dined every day. It is opulent and gilded and stunning with mirrors that reach back unimaginably far and a piano with a real – and really rather talented – piano player playing everything from classical music to the James Bond theme.

The food is iconic, and linked to London. It’s a very clever menu. The team of chefs have carefully crafted unique sandwiches, scones, delicacies, cakes, and savouries, all inspired by the capital city and afternoon tea through the ages, including the traditional Battenberg cake, supposedly created to celebrate the royal wedding of 1884 between Prince Louis of Battenberg and Queen Victoria’s granddaughter, through to macaroons, inspired by the icon of the London Underground. 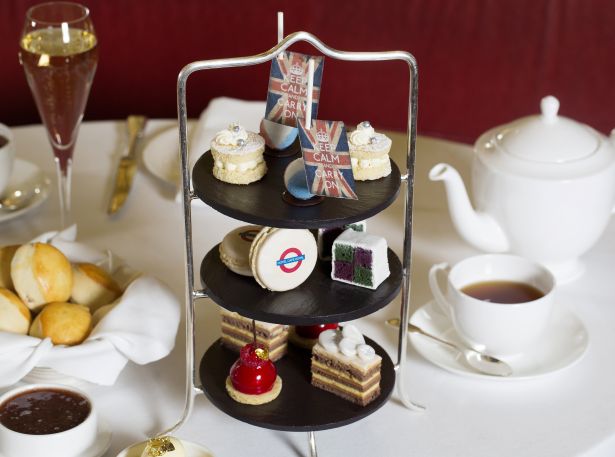 And of course, it’s not just about the food. It’s also very much about the tea. The tea menu is longer than that for the food which, during an afternoon tea, is just as it should be. We opted for the sweet strawberry noir and the refreshing coconut tea which was free flowing and delicious.

All of it, from the food to the tea to the beautiful surroundings and the toast master who amused us with Oscar Wilde quotes, was magnificent.

Sittings for Afternoon Tea take place daily, every hour from 12pm to 5pm. Booking in advance is highly recommended.

Before & After: The Assembly Hall Theatre Has Had A Facelift

Plan For The Unexpected With A Lasting Power Of Attorney

Afternoon Tea at The Cafe Royal