Hever Castle & Gardens, as well as being a historic local venue full of history, has an impressive art collection. The childhood home of Anne Boleyn and where it is believed she was courted by Henry VIII contains what historian David Starkey has described as “one of the best collections of Tudor portraits after the National Portrait Gallery.”

The current owners, the Guthrie family, are passionate art lovers and have added to the collection in the Castle in the 30+ years they have owned it.

Visitors to the double-moated castle can view 46 Tudor pictures including portraits of Henry VIII and each of his six wives, five of which were purchased by the Guthries. 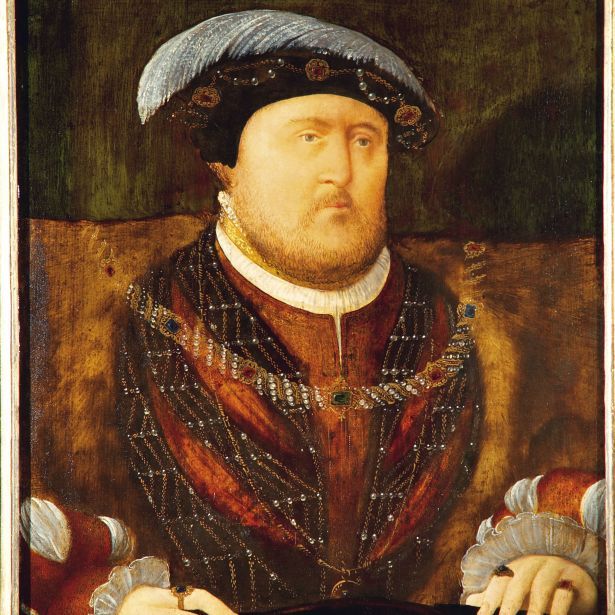 Almost as soon as visitors step foot into the historic building they are accosted with evidence of its rich history with portraits of three generations of Tudor monarchs: Henry VII, Henry VIII and Edward VI in the Inner Hall.

International art dealer and TV presenter, Philip Mould, says he considers the only surviving portrait of Henry’s brother, Arthur, the greatest acquisition the Castle has made.

He praised Mr and Mrs Guthrie for their dedication in securing “the greatest privately owned public collection of portraits that tells the story of the Tudors.”

Paintings of Henry V and the Black Prince by Benjamin Burnell adorn the walls of the Dining Room alongside an oil painting of the room in the 19th century, showing its original tiled floor.

Two rare pictures of Henry VIII are also on display within the walls.

An overpainted 18th portrait of Henry VIII was discovered by art dealer Philip Mould to have contained a 16th painting of a gentler king. This picture, which was bought by the Guthries in 2004, dates from the time Henry was courting Anne Boleyn and would have been painted before court artist Holbein came to Britain.

Another rare portrait of Henry which predates the most widely known portraits of Henry was unveiled in March 2015 at Hever. It is a 16th-century replica of a portrait in the Royal Collection by Joos Van Cleeve. This image can be seen in the Queens’ Chamber of the Castle alongside portraits of his six wives.

Another unusual portrait is a painting of Elizabeth I before she was Queen, which can be seen in the Staircase Gallery. 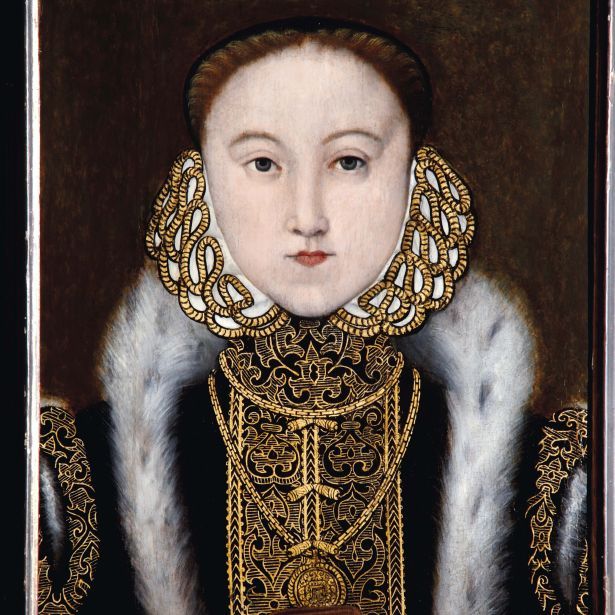 Elizabeth of York was a key figure in English history, uniting the House of York and Lancaster and solidifying Henry VII’s claim to the throne. But despite her importance in history there are not many records of her appearance. An oil on display in the Long Gallery, though small, is therefore of tremendous significance.

The Long Gallery also houses a rare royal portrait of Margaret Beaufort, Henry VII’s mother and grandmother of Henry VIII. There is no surviving contemporary portrait of Margaret Beaufort and it is unclear whether this image derives from a lost original or is a posthumous likeness based on other sources such as the Torrigiano tomb at Westminster Abbey. The portrait is among the most impressive of Margaret’s iconography, not least because it is in a state of extremely good preservation.

And it is not just Kings and Queens that can be seen at Hever. The Castle itself and the village of Hever are the subject of many oil paintings on display. 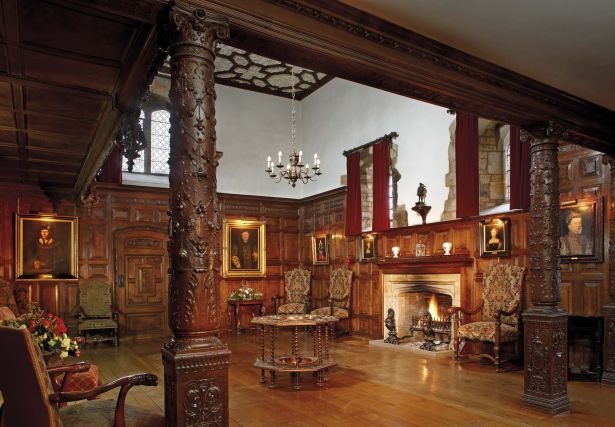 Many visitors to Hever Castle will not be aware that there are many other works of art that they will not see unless they are guests at the luxury B&B. The walls of the Astor Wing (joined to the Castle and part of previous owner William Waldorf Astor’s Tudor Village) are adorned with artwork. Of particular significance are eight pictures from a series done by Renold Elstrack of monarchs of England. There are more from the series in the National Portrait Gallery in London.

There are also several pieces by impressionist artist Dorothea Sharp, one of Mrs Faith Guthrie’s favourite artists. In 2008 Dorothea was the subject of an exhibition at the Castle celebrating the 100th anniversary of its renovation by William Waldorf Astor.

Ballerina Lydia Lopokova is the subject of an unfinished paining in the Astor Wing by Augustus John and you can also see a portrait of Britain’s first female Prime Minister, Margaret Thatcher by June Mendoza.

Staff at Hever Castle take conservation of its paintings very seriously and every five years they are assessed by conservator Francis Downing who reports on any needing work and a priority list.

For more information about the Castle, events and the Astor Wing go to www.hevercastle.co.uk