Over 300 Students from Ashford School with be joined by 3 war veterans on 3 July 2018 for a Charity Walk in aid of Walking with the Wounded, the charity committed to supporting the most “at risk” war veterans.

The students will divide into three groups (split by their School Houses), and will embark on different routes of approximately 12 kilometres from surrounding Ashford villages.

One of the veterans walking on 3 July, will be Duncan Slater.  Duncan is a wounded veteran who became the first ever double amputee to race to the South Pole in 2013.  Since then, he has also become the first ever amputee to compete in the world’s toughest marathon, Marathon Des Sables in 2017.  Duncan is now an ambassador for the charity and committed to helping fellow veterans who have suffered mental and/or physical injuries as a result of their service.  Once the walk is complete, Duncan will be giving an address to students and the House who has raised the most money will be announced. 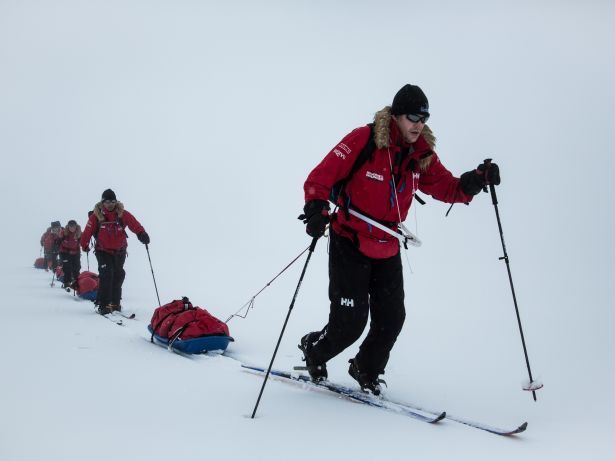 The School Houses at Ashford School are called:  Squires, Yeomen, Merchants, Knights, Pilgrims and Franklins. Students are allocated a House when they join the school and remain in that House throughout their school career.  Together with their Head of Houses, the students will be collecting donations with a collective target of £9,000.00.

“As a School, we feel extremely privileged to be joined by three veterans of the charity, who each have their own inspiring personal stories to tell. I’m also very proud of the initial reaction and enthusiasm the students have shown to this challenge, and hope that over the next month we can build momentum and smash our fundraising target.”