Tickets can be booked online on www.assemblyhalltheatre.co.uk or in person at The Gateway, (open Monday to Friday 9am to 5pm or alternatively at the Assembly Hall Theatre counter on Saturdays from 12pm to 5pm and from 90 minutes before a show’s advertised start time

SYNDICATED INTERVIEW WITH THE CREATORS OR THE TELEVISION SHOW

Have you been pleased with the success of Ben and Holly? Did it feel as though you had a lot to live up to because of the huge success of Peppa Pig? 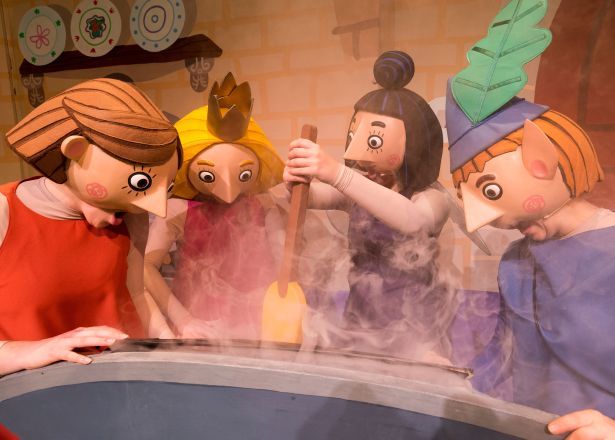 PHIL: Yes we did, every episode is a challenge and we’re really pleased with the response from viewers.

How did the idea come about?

PHIL: When we finished making the first 52 episodes of Peppa we were at a bit of a loose end. Making Peppa had been so much fun; we decided to think about developing a new series. We discussed some broad ideas and then Mark and Nev went away to work up some of the ideas.

MARK: Peppa is set in a world that is basically the everyday world that we live in. The stories come from everyday events. We thought it would be interesting to make a series which was set in a magical world but where the stories still start off from everyday events – if that makes sense! Also, having “magic” as an element was exciting. We took the approach that the fairy “magic” would almost always go wrong and lead to unexpected results.

NEV: Another starting point was that we wanted to make a series that was equally for boys and girls. We knew this would be a challenge but that’s what made it interesting. This is why the series is “Ben & Holly’s Little Kingdom” rather than say “Holly’s Little Kingdom”. We try to make an equal number of Elf adventures (I suppose more appealing to boys) and Fairy adventures (which are a natural for girls).

Is it pure escapism working on the series and inhabiting a world of make-believe?

MARK: Working in animation is a fantastic job. Yes, animators do inhabit a world of make-believe. We have to believe in the worlds we create. We talk about the characters as if they are real people. Mot animators are very much children at heart.

Is it good to work with a familiar team?

NEV: Yes, we’re so lucky that in the UK we have some of the most talented animators, artists, designers and filmmakers in the world.

Is it different to be working on a show that is slightly older – so you can do more ‘grown up things’ and use longer words? 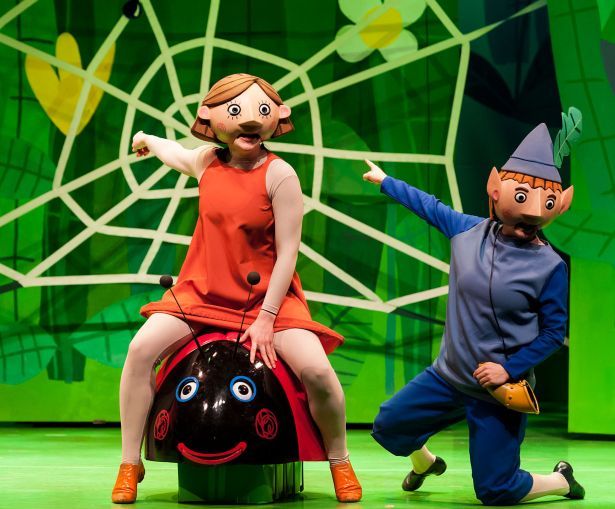 PHIL: In some ways it’s not different because much of the process is the same. I suppose in the detail of each script we can use more complex language, and the storytelling can be more complex, for instance having several threads to a storyline. In reality, everything we do is a huge challenge, whether it’s for audiences who are 2 or 92.

Do you feel as though you have the Midas touch – will you go creating new series ideas?

MARK: I used to worry about coming up with new ideas and storylines. But the interesting thing I’ve found =is that more stories I write, the more stories I want to write in the future. It’ as if the creative process itself leads to more ideas.

NEV: It’s quite tough creating a series out of thin air but great fun when we start to flesh out the characters and work out how they relate to each other. By the time we’re writing the second series we’re getting to know what works and introducing new angles and maybe some back story.

Four In A Bed Looking For Owners/Managers