Six children from Bromley music group Kentish Suzuki will get the chance to record at a professional recording studio after winning intu Bromley’s Christmas Unplugged competition. 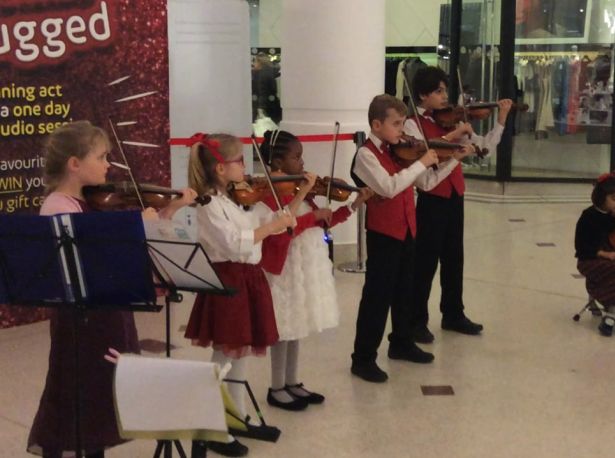 The violin and cello group of boys and girls from eight to ten years old wowed audiences over the festive break with a range of classical tunes including Humoresque by Dvorak.

The group’s performance was posted alongside competitors on the intu Bromley Facebook page, shoppers were then invited to vote for their favourite performer with the winner of the Cowshed studios recording session announced last week.