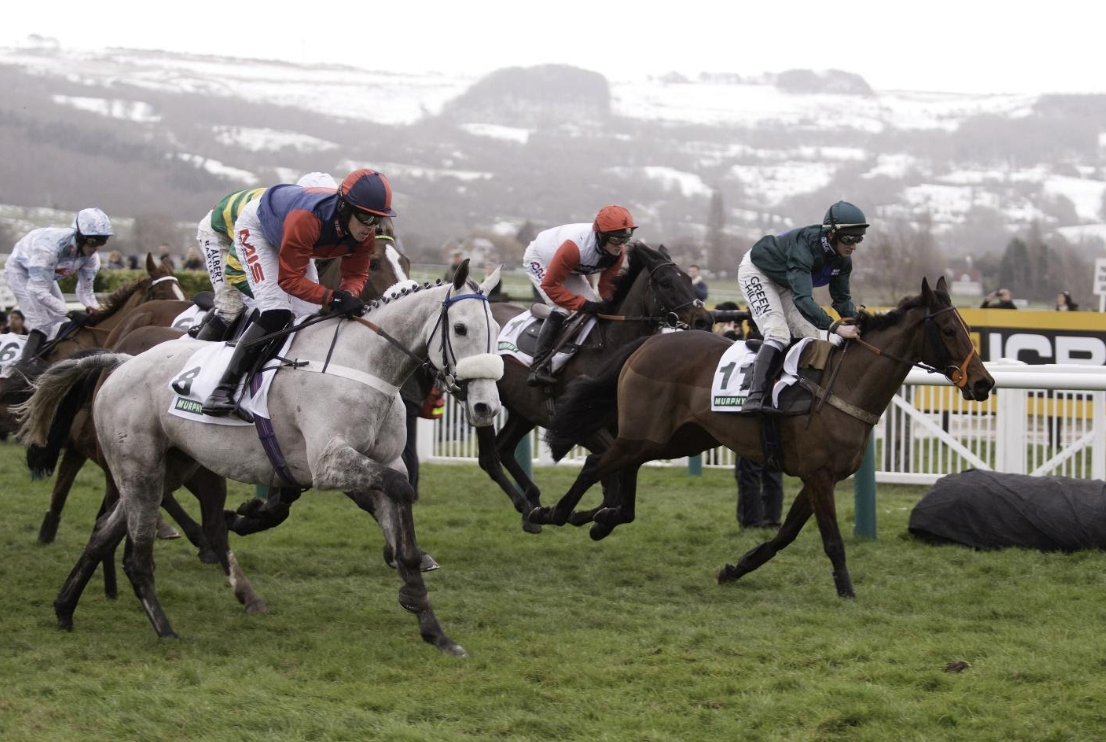 Friday 13th March 2020 marks Gold Cup Day, the most prestigious date in the horseracing calendar and the pinnacle of the Cheltenham Festival. Despite being considered an unlucky day, punters all over the UK and Ireland will be hoping their luck will be in as they check the latest Cheltenham Festival betting odds.

Interestingly, since the Cheltenham Festival was extended to a four-day meeting in 2005, Gold Cup Day has fallen on Friday 13th twice – most recently in 2015. It proved to be a day of shocks and surprises and as we delve back into the archives, let’s see how the day panned out and how wrong the pre-race Cheltenham predictions were.

A shock was so close to happening in the day’s opening race, but the favourite Peace And Co managed to hold on for the win – beating Top Notch by a neck. Since joining Nicky Henderson’s yard earlier in the season, Peace And Co had been unbeaten, and had always gone into his entries as the bookies’ favourite. It was a good start for Henderson, who secured a one-two-three in the Triumph Hurdle.

It was another victory for the well-decorated Irish trainer Willie Mullins, as Wicklow Brave, with Paul Townend in the saddle, won the County Handicap Hurdle. The 25/1 outsider made a return to form on the famous course, and after starting well, managed to pull away from the chasing pack. The momentum continued to the finish line with Wicklow Brave winning by eight lengths, and the pre-race favourite Princely Conn finishing in a disappointing 13th place.

Martello Tower held off the strong challenge of Milsean to hand Mags Mullins her first ever winner at the Cheltenham Festival. Only 10 of the 19 horses completed the course, with several pulling up, while there was yet another shock with the favourite Black Hercules finishing in seventh. Martello Tower won by half a length, after taking the lead in the final 75 yards to set up a thrilling finish.

History was made in the Gold Cup, when Coneygree, with Nico de Boinville in the saddle, became the first novice horse to win the Blue Riband event since 1974. Barely professional for a year, de Boinville guided the 7/1 shout to the front of the pack early on and managed to repel the mounting charge of chasing pack, Djakadam and Road To Riches – as well as the favourite Silviniaco Conti, who was totally outpaced and fell into seventh place.

It was third time lucky for On The Fringe in the Foxhunter Chase, and after finishing fourth in 2011, and third in 2014, the JP McManus-owned 10-year-old won the Chase by a hefty margin of 17 lengths. It was a fifth win for Nina Carberry at the meeting, who holds the record as the most successful female jockey at the Cheltenham Festival.

Mullins made it a record eighth win at the 2015 Festival, when Killultagh Vic won the Conditional Jockey’s Handicap Hurdle by a head, over Gordon Elliott’s Noble Endeavor. Elliott equalled this record at the 2018 Festival. For young jockey Luke Dempsey, it was a first ever win at the Cheltenham Festival and for the bookies, it was another upset, with Mullins-trained favourite Roi Des Francs finishing in third. The successful trainer was full of praise after the race: “It’s magic, but I thought young Luke gave the horse a fantastic ride. He was beat but he just pulled it out of the fire.”

Even in the day’s – and Festival’s – final race, the shocks kept on coming, as the 16/1 priced Next Sensation recorded a four-length victory in the Grand Annual Chase. It was a family affair, with the Michael Scudamore-trained horse ridden by brother Tom, who paid tribute to fellow jockey and horse racing legend AP McCoy in his winner’s speech. The soon-to-be retired jockey could only mount a fourth-place finish while in the saddle of Ned Buntline. Next Sensation took an early lead, but blundered the fourth fence, squandering his advantage. He regained some ascendancy going into the ninth and held on for a remarkable win.

As the countdown to this year’s Festival is well and truly on, will we see yet more shocks and will the curse of Friday 13th live on?

Nicky Henderson's best chances of victory at the 2020 Cheltenham Festival