A quick look at this year’s WSOP so far

The World Series of Poker brings many highlights throughout the year for gamblers worldwide. With the first WSOP event taking place in 1970, the series is the longest-running and largest gaming event in the world. Having paid out over $1.6 billion in prize money to date, thousands of players flock to these events in an attempt to grab their share of the winnings. 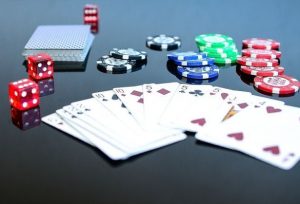 Throughout the years, the WSOP has developed so that you can play live casino online – as long as you are located in Nevada and over the age of 21. To win a WSOP event is to write your name in Poker history. After a long and exciting year, let’s take a look at those who have made an impact in 2019.

The International Circuit is at the halfway point with eight events left to go. In the early months of 2020, the circuit will reach Morocco, the Czech Republic and St. Maarten – the perfect Caribbean destination.

The most recent stop was in Aruba, where Alexander Orlov ended the event with 160 points, 40 points ahead of Anatoly Zharnitsky in second place. By finishing in the top spot, he became champion of the casino and qualified for the Global Casino Championship. Orlov entered five events and finished in the top 10 for each. He also managed to come away with a first-place finish in the $400 No-Limit Hold’em Monster Stack Re-Entry.

The US leg of the WSOP Circuit has plenty of stops left with the last few stops on the schedule for 2019 including Harrah’s Cherokee in North Carolina, Bicycle Casino in Los Angeles, IP BILOXI in Mississippi, and Harrah’s Las Vegas.

WSOP Europe is the highlight for Poker players who aren’t in America. The monstrous event took place over three weeks, from 13th October to 4th November. With buy-in rates from as little as €350 up to €250,000, there were plenty of events to suit all budgets.

From 28th May to 16th July, Las Vegas played host to the 50th US WSOP – the original tournament. With a whopping 89 events in total, players were spoilt for choice on which they would enter.

Of course, as with every tournament, the Main Event is the one to win. With a buy-in rate of $10,000, the event sees thousands of entries each year. This year’s winner was Hossein Ensan, an Iranian-German who had only won a mere $233,973 in his career before the event. Ensan surpassed 8.568 players to walk away with $10,000,000 and make his mark in history.

5 Home Repair Projects You Can Easily Do

Beautiful Gardens to Visit Around the UK

A quick look at this year’s WSOP so far