Bingo Popularity in Kent and The UK 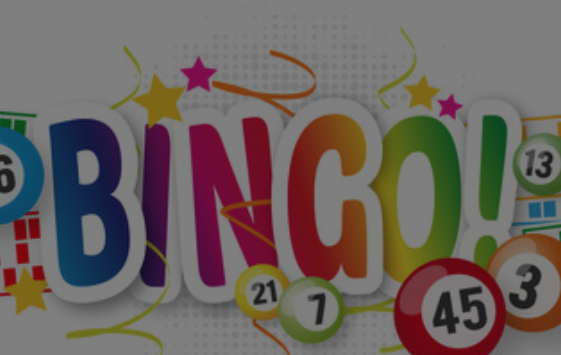 Games of luck, or also known as entertainment games, have been a part of our everyday lives since the dawn of time. People were always fond of the idea of wagering money and hoping that they would win a good profit.

In early times, people used to bet on pretty much everything. The game has evolved these days and there are thousands of games where you can wager your money. Card games like Kent, Blackjack, and Texas Hold’em Poker, as well as of the most popular game that we are about to talk about now – bingo.

The definition states that bingo is a game of probability in which players scratch off numbers on cards. These numbers are randomly drawn by a caller and the first person to scratch all of the numbers is the winner. The two most popular types of bingo are the 75-ball and the 90-ball bingo.

The difference between these two types is that the tickets and the callings are a bit different. Furthermore, the 75-ball bingo is popular in the United States of America, while the 90-ball bingo is typical for British soil.

Kent is one of the UK regions where a high percentage of the population is a fan of this game, which is why we wanted to discuss it a bit more. We’ll also explain how and why bingo is such a popular game in the United Kingdom, generally. Let’s start.

Kent is a county in South East England with a population of little over 1.5 million. Its economy is diverse and some of the major industries and logistics, haulage, and tourism. Thanks to its abundance of gardens, Kent is also known as the Garden of England.

One of the surprising facts about this county is that it is one of the most popular regions when it comes to playing bingo. A huge majority of the population has played this game at least once in their lifetime. There are many bingo halls in which thousands of people scratch their numbers regularly and hope to win a good reward.

Some of the best bingo halls in this county are Beacon Bingo, Gala Bingo Ltd, Connaught Bingo, Mecca, and Buzz Bingo.

In the past couple of years, the residents found an even better way to experience these games. Online bingos have been on the rise in recent years. The reason for that is that they have many advantages over the land-based bingo games.

Bingo sites are available 24/7 and you can play them at any place. To make things even better, the sites and their games are fully optimized for both mobile and desktop use. That means that you can enjoy them at the comfort of your home, or play them on your smartphone while you are travelling to a certain destination or having a break from work.

Online bingos also offer great security, better rewards, and a certain level of anonymity to the players. Each visitor registers under an alias thus greatly improving his or her security online. One of the most popular sites to play bingo in the Kent region, as well as the UK, is Wink Bingo. Numerous players stated that their expectations were exceeded thanks to the quality of the games and the rewards.

So, if you are interested in giving them a try, register at the site. The process lasts just a minute and after you complete, you gain access to numerous great games and rewards. Online gaming at bingo sites has proven to be one of the most popular activities that the residents have during slow and rainy days when they are unable to go outside.

Bingo Popularity in the UK

As we mentioned earlier, bingo is one of the most popular games of luck in Kent, but also in the UK. 75-ball bingo is the typical game for this region. Each city in this country has numerous bingo halls where players can spend time and hope to win a reward.

An interesting fact about bingo is that during its early ages, this game had a different name – Housey-Housey. In the early 2000s, a bingo hall was opened every single day somewhere in the country. But, there was a period when people suddenly stopped playing and numerous halls started closing shops.

But, the rise of online bingo motivated the people to fall back in love with the game. Thousands of sites started operating on British soil in the past 3-4 years. Because British people are extremely fond of gambling and betting, the success of online bingos comes as no surprise.

Statistics have shown that more than half of the bingo players in the UK are under the age of 45 and around 20% of them are between 18 and 24. If you thought that bingo is just a game for elderly people, you’re wrong. People of all ages enjoy bingo in the UK.

Transforming Your Kent Home: A Guide

Picking the perfect athletic shoe for you

Bingo Popularity in Kent and The UK