How likely is a second term for US President Donald Trump?

Donald Trump’s first term as president of the United States has not been short of incident. He has remained just as active on Twitter as he was in his election campaign, calling out politicians in the US and across the world. He has recently faced the threat of impeachment, but is unconcerned and is planning to run for a second term in office. 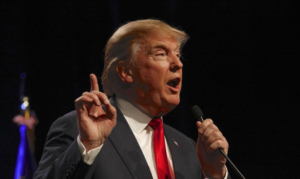 He will face stiff competition from whoever the Democratic presidential candidate proves to be, whether it’s Joe Biden, Elizabeth Warren, Bernie Sanders, or another. There are great odds on the Next US President which include many different candidates, with Trump the favourite to keep control of the White House.

But how likely is it that Trump will win the 2020 US presidential election? Let’s take a look at the factors that will influence whether or not the president will get another four years in office.

Even if the impeachment process peters out into nothing, it may cause some of Trump’s supporters to lose confidence in the president. Trump has been a divisive figure throughout his political career, causing controversy with his policies and rhetoric. The threat of impeachment does not help in this regard, as it may alienate sections of the public who were willing to give him the benefit of the doubt.

Then again, if Trump can clear his name and prove that he is the right man to lead the country, it may strengthen his position in the run-up to the election.

Although he has caused contention at different times during his first term in office, Trump still remains popular among large sections of the electorate. His no-nonsense, say-it-as-you-see-it approach to the last election won him a lot of admirers among the more right-leaning sections of the American public, and this popularity remains.

In 2016, Democratic candidate Hillary Clinton lost a lot of support as the campaign went on, and this undoubtedly alienated some voters, who may have voted for Trump simply because they didn’t want to vote for Clinton. With a new Democratic candidate, it will be interesting to see if Trump’s campaign tactics work once again. He’ll face tough competition from whoever the Democratic nominee is and they’ll be desperate to win back the White House.

Much will depend on who the Democratic candidate actually is. Joe Biden served as vice president during Barack Obama’s two terms as president, so he knows what it takes to run in a presidential election campaign having been Obama’s running mate. Biden may be seen as a safe pair of hands, and his measured policies may be the key in turning heads away from Trump and towards the Democratic candidate.

The likes of Elizabeth Warren and Bernie Sanders favour more radical policies and ideas, and seek greater reform in US politics than Biden. This could be crucial in terms of getting young voters on the Democrats’ side and getting people excited about politics once again. Either way, picking the right candidate to challenge Trump will be vital if the Democratic Party are to stand a chance. Otherwise, Trump will be the hot favourite to claim another four years in office.

4 Digital Trends That Are Transforming Healthcare

How likely is a second term for US President Donald Trump?