If there is any city in Kent that is as full of history, heritage and beautiful buildings as Canterbury it would be hard to name it. Canterbury, the seat of the Church of England, the place where pilgrims flocked (and modern day visitors still do) is a remarkable and unique place to be. 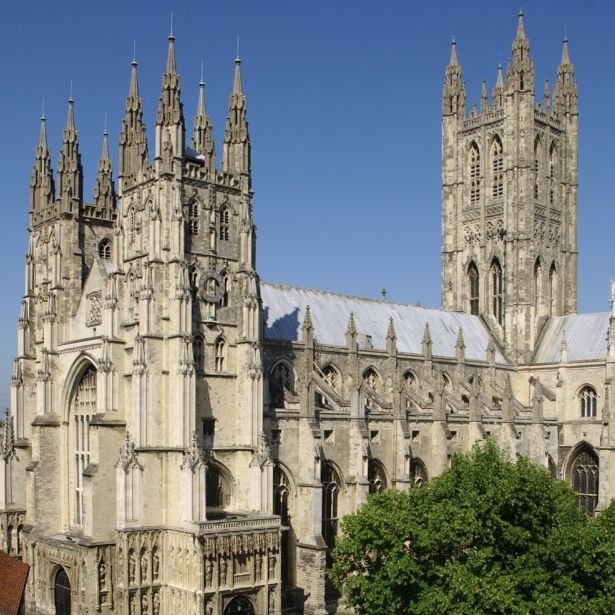 Canterbury was originally (in the first century AD) an Iron Age settlement. Even back then it was considered special. It was an incredibly important place for the Cantiaci, the local Celtic tribe, to meet and live. It wasn’t long before the Romans invaded Britain, and they immediately seized on Canterbury as being the perfect place to start building. Canterbury was found to be one of the unluckiest cities in the UK. Starting in 43AD, the Romans razed the Cantiaci’s primitive dwellings and created their own, much more sophisticated buildings. In honour of the first people to live there, the Romans named the place Durovernum Cantiacorum. And so Canterbury began to grow.

Canterbury was all but abandoned by 407AD. All that was left were a few farmers, and many of the buildings were left to fall into ruin. This may have continued but for the fact that Pope Gregory sent Augustine and a contingent of 40 monks to Britain in 597AD. He was to meet with the king of Kent, Ethelbert, and begin attempting to convert the nation to Christianity. Since Augustine landed on the Kent coast, in Thanet, Canterbury was a good place for him to begin his monumental mission. As soon as he chose Canterbury, it began to thrive again. People moved there to be closer to the action, and tradesmen and craftsmen came to be part of the rebuilding of what would be the county’s capital. Soon there were homes, inns, shops and more – including a mint.

Since then (despite being raided by both the Danes and the Normans, and despite Henry VIII taking a dislike to the monasteries) Canterbury has gone from strength to strength, growing more and more fascinating as the years go by.

The Beaney House of Art & Knowledge is both art museum and impressive library. This is a place that hosts an eclectic mix of exhibitions, talks, displays, events and more on a daily basis. Many of the exhibitions and information inside is interactive, and there are often children’s events too. It opened in September 1899 and was named after Dr James George Beaney who left money to Canterbury in his will. 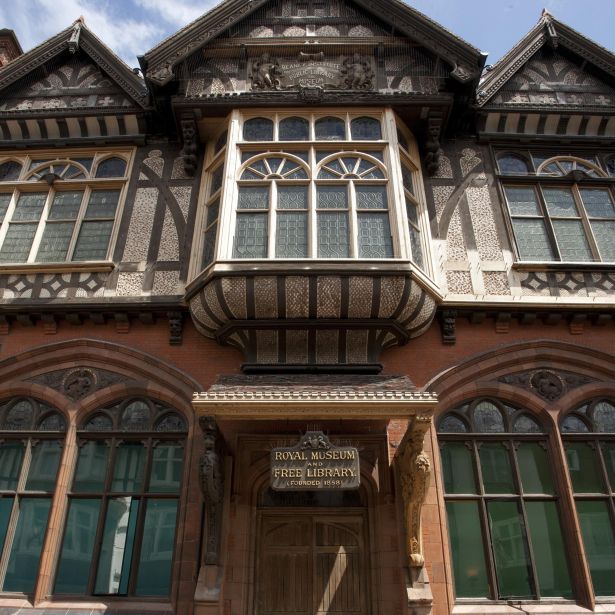 It is impossible to visit Canterbury without also stepping inside the phenomenal Canterbury Cathedral. Forming part of a World Heritage site, this is one of the oldest Christian structures in England – it dates back to 1077. When visiting the cathedral it is possible to sit in on services, or to explore the building itself. This can be done with a useful audio guide if required.

The Canterbury Tales is a fun, interactive, informative visitor attraction that is great for the whole family. Immerse yourself in the medieval world as you join Geoffrey Chaucer’s pilgrims on their journey to Canterbury itself. You’ll hear their tales and really get a sense of how it was to live all those hundreds of years ago.

If you are looking for a picture perfect wedding venue, Charlton Park might be just the place for you. This Grade II listed mansion house is equipped to give you the best on your special day, including a magnificent setting, room for guests, excellent food and attentive staff.

The Marlowe Theatre is a hub of exciting events. From plays to musicals, pantomimes to comedy nights, there is a wide range of excellent shows on offer here.

If you ever thought that a safari in Kent was impossible, think again. At Howletts you can find a variety of wonderful wild animals to enjoy, as well as all the information you could need to know more about them. The park is set in 90 acres of beautiful Kentish landscape and there are over 400 animals to spot.

The Dog At Wingham is a gorgeous, traditional country pub with rooms just outside Canterbury itself. The food produced at The Dog is exceptional – head chef Dan Johns sources his ingredients from the local area wherever possible, and he enjoys putting a new twist on old favourites including braised beef cheek, pumpkin risotto, crisp bone marrow, pancetta wrapped pork tenderloin, crisp belly and quince and warm chocolate tart, peanut and salted caramel.

The Ambrette opened in 2014 to high acclaim, and it has never disappointed. Chef Dev Biswal has created a menu that is light and delicious, and combines Indian and British cuisine in surprising and innovative ways. When visiting you can choose from dishes such as breast of wood pigeon smoked with cloves and marjoram and served with a pear crisp, medley of mushrooms stuffed with Kentish cream cheese and mango served with chickpea flour crisps and tropical fruits and medallion of goat with jasmine sticky rice.

Canterbury’s first and original Mexican restaurant (and apparently Orlando Bloom’s favourite), Café des Amis is a mixture of Mexican and Mediterranean food, bringing stunning, fresh flavours to your table. Try the duck picadillo tacos, the citrus and coriander lamb stew, or the many different varieties of burritos. 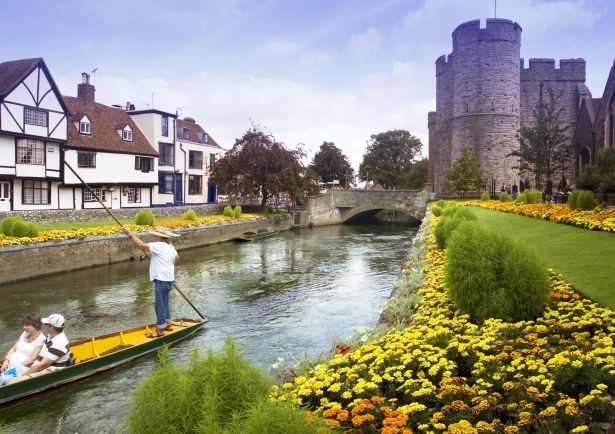 In 2016, the Canterbury Festival attracted over 65,000 visitors, and 2017’s looks to be even bigger. This international arts festival inspires people to showcase their work and perform, and it provides the platform to those who may otherwise not have been able to make their work public. Held over three weeks each autumn, there are over 200 free ticketed events to enjoy.

Taking place in the Dane John Gardens, the Canterbury Food and Drink Festival gives visitors the opportunity to sample cuisine from all around the world. Not only that, but there is always plenty of local produce to try too – some of which might just surprise you.

Every year this traditional Christmas market full of beautifully decorated chalets selling gorgeous gifts gets bigger and better. Join in with the fun and experience a true Christmas atmosphere as you also find some unique presents. 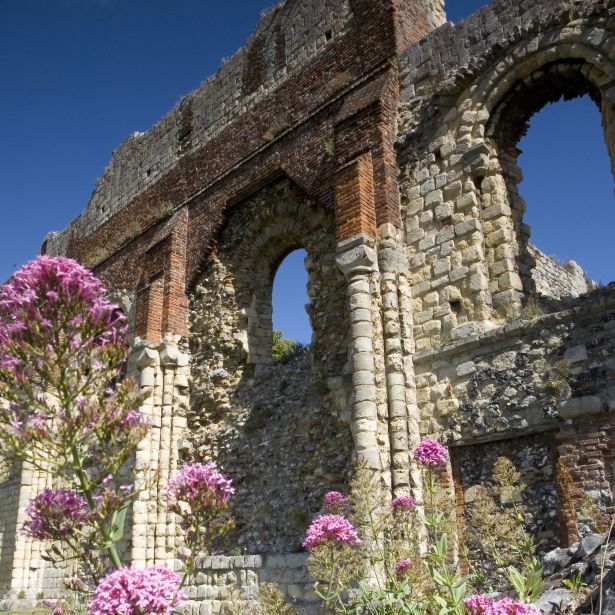 Top Spot
Canterbury Historic River Tours is the best way to explore the city. Enjoy a trip down the River Stour with a professional, expert guide to show you the sights in a way you will never have experienced before.

The phrase ‘the Canterbury trot’ was used to describe how pilgrims would ride their horses to reach the city walls by curfew. This is the origin of the word ‘canter’.