Is Rafael Nadal on course for another Roland-Garros title? 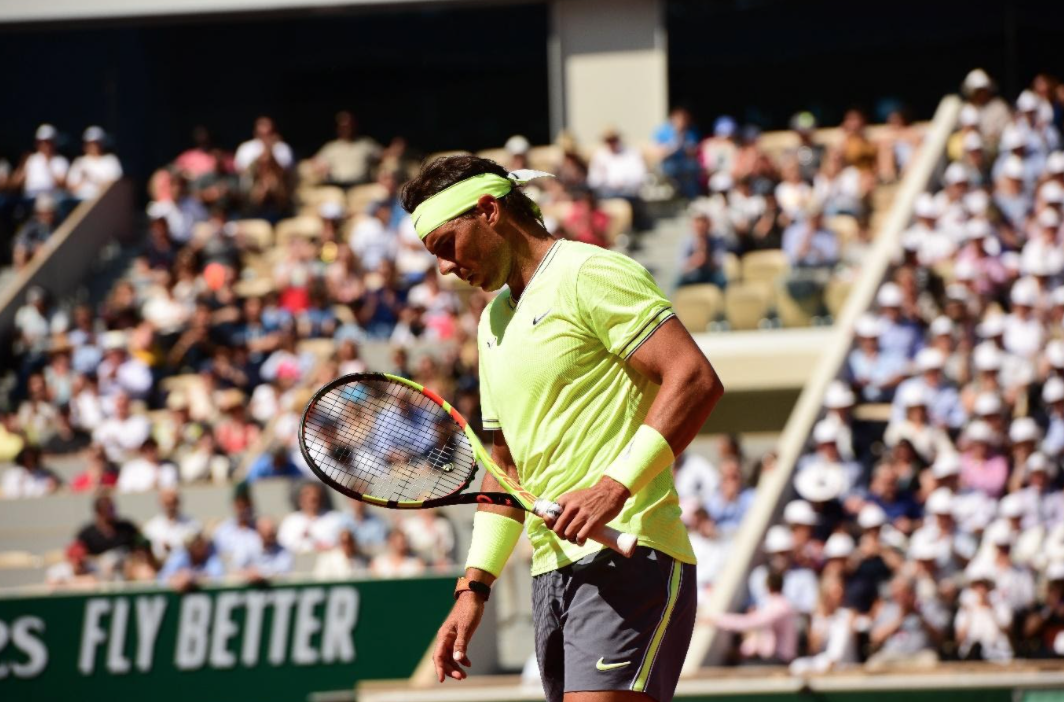 Now 34 years old, the clay court king and 20-time grand slam winner has yet another Roland-Garros victory in his sights. Demonstrating some impressive form, Rafael Nadal recently beat the world number one, Novak Djokovic in the Rome Masters, finishing the match in a swift three sets to claim victory. However, Nadal has overcome a back injury this year and had to withdraw from both the ATP Cup and Rotterdam, which saw him lose his spot as world number two to Daniil Medvedev.

In this, his 20th year as a professional tennis player, Nadal continues to prove his legendary status. The average tennis player retires at the age of 27, but with the top ten rankings still being dominated by the likes of Nadal, Roger Federer and Djokovic, who all exceed the age of 30, it would appear that age isn’t slowing these legends down just yet. That being said, the latest odds on the betting exchange place Nadal as the favourite to win this year’s French Open, which would make it his 14th career win at Roland-Garros.

Nadal is renowned for being the ‘King of Clay’ and is the most successful player in history on this surface. Being a Spanish player, Nadal has benefitted from the country’s clay court dominance, boasting over 100,000 clay courts. Nadal has subsequently trained on the surface since he first began playing tennis at the age of four, which is one of the major factors why his gameplay is so perfectly tailored to the conditions of the clay court.

He won his first Roland-Garros title as a teenager in 2005, and since then has won a record 13 singles titles at the French venue, which is the most victories that any player has ever achieved at the same Grand Slam. Nadal’s reputation at the French Open is monumental and has remained unbeaten there since he lost to Djokovic in 2015.

The Spaniard’s 2021 season so far has proven turbulent, as he experienced the highs and lows of the sport, grappling with injuries, but also making an impressive comeback. Nadal has not had as much match play as some of his rivals this year, struggling with a back injury in the Australian Open and deciding to avoid certain events because of the coronavirus pandemic. The player’s injury caused him to lose momentum during his quarter final match to Stefanos Tsitsipas, initially leading by two sets against the 22-year-old, only to fall behind and lose in five.

Nadal recently played a re-match in Barcelona against Tsitsipas — the youngest top 10 player on the tour — redeeming himself to win the match and the title, securing his 87th career title and receiving a much-needed confidence boost for the season ahead. This win, alongside his victory in the Rome Masters against world number one Djokovic, have been defining turning points in Nadal’s 2021 season, reminding the world of his clay-court prowess.

These clay-court tournament wins have placed Nadal in a strong position going forward in the 2021 clay-court season, named as the bookies’ favourite to win the French Open this month. However, six-time major champion Boris Becker admitted on a Eurosport podcast that:

“Yes, he has won the tournament 13 times, but I didn’t find him that dominant yet this year. Even in Barcelona he had to go over three sets – he didn’t win that as dominantly as he has in the past.”

Taking a realistic approach, it would seem that Nadal is on good form, but nowhere near his career best, which begs the question as to whether his current level of play will be enough to secure him the win at Roland-Garros. As ever, tennis is an unpredictable sport, anything can happen, and we’re excited to see what the clay-court master will bring to the table in this year’s French Open.

7 Excellent Ideas to Design a Conservatory

10 Ways to Improve Your Work-Life Balance

Is Rafael Nadal on course for another Roland-Garros title?