Volunteers behind the Calverley Adventure Grounds project are pulling out all the stops to reach their £225,000 target by Thursday March 16th.

The final fundraiser, The Royal Tunbridge Wells Variety Performances are being held on Sunday March 12th at the Assembly Hall Theatre. Featuring Tunbridge Wells stars of the future, the 1.30pm show will be hosted by popular children’s entertainer Kazzamataz. 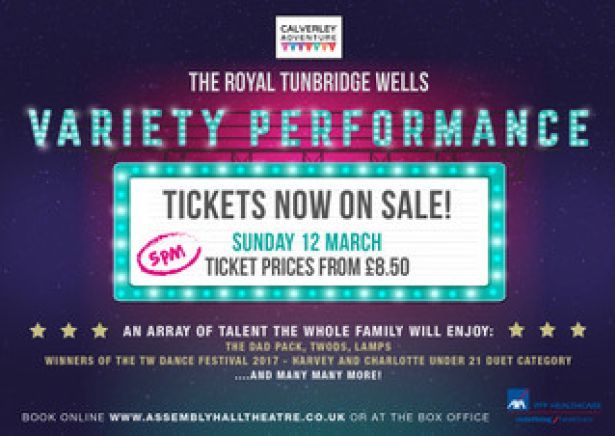 The 5pm performance showcases an award winning array of seasoned entertainers, which includes the ever popular Dad Pack, TWODs, LAMPs and the the winners of the Tunbridge Wells Dance Festival 2017 each performing classic hits from the stage and screen.

“The two performances are totally different but both are set to be incredibly special. Calverley Adventure Grounds is very grateful to the Assembly Hall theatre for donating the theatre for the day and to Axa PPP Healthcare for generously sponsoring the show.”

All proceeds from both performances are being donated to the Calverley Adventure Grounds project. Tickets can be purchased the Assembly Hall Box Office or online www.assemblyhalltheatre.

Up to date information on the fundraising campaign can be found on Facebook at Calverley Adventure Grounds and Twitter @RTW_Adventure.

Celebrate Mother’s Day within the stunning surrounds of Sweetwoods Park