He once wrote ‘all the world’s a stage’.

And in the 400th anniversary of Shakespeare’s death, Kent County Council’s Film Office will launch the Tudor(ish) Trail on Friday (May 6). 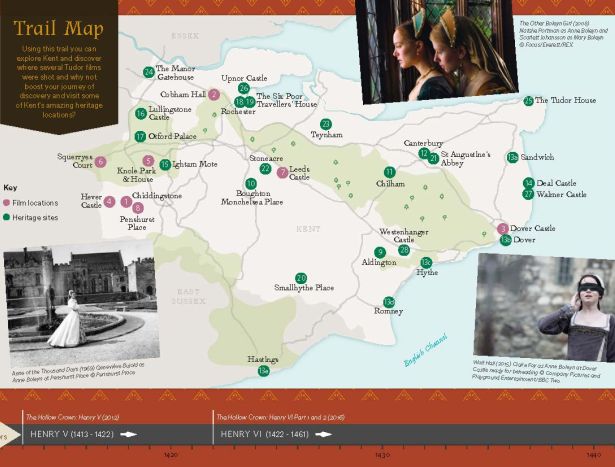 It will give people the chance to take a walk in the footsteps of Tudor royalty and modern-day celebrities with 28 sites across the county used as filming locations set in the Tudor era.

Alongside them are some of Kent’s many Tudor heritage sites.

The trail will be available online as an interactive map and a PDF download with a limited number of booklets available at the locations featured, tourist information centres and libraries.

The Tudor(ish) Trail will be launched alongside the release of the BBC’s adaptation of Shakespeare’s history plays, The Hollow Crown: The Wars of the Roses, starring Benedict Cumberbatch which will air on Saturday (May 7).

The series filmed in Kent at Leeds Castle, Dover Castle and Penshurst Place.

Two projects directed by Justin Chadwick feature in the booklet – the yet to be released Tulip Fever adaption of Deborah Moggach’s popular novel of the same name filmed at Cobham Hall and 2008 feature film The Other Boleyn Girl starring Natalie Portman, Scarlett Johansson and Eric Bana which used Dover Castle, Penshurst Place and Knole.

The trail was created by the Kent County Council Film Office, which also assisted many of the recent productions choosing the county, in collaboration with Explore Kent, Produced in Kent, Visit Kent and the attractions featured.

The Tudor(ish) Trail adds to the existing Kent film themed trails such as Austen, Bond, Dickens and Darling Buds of May, as well as the Kent Movie Map which details over 200 productions which have filmed across nearly 300 locations. 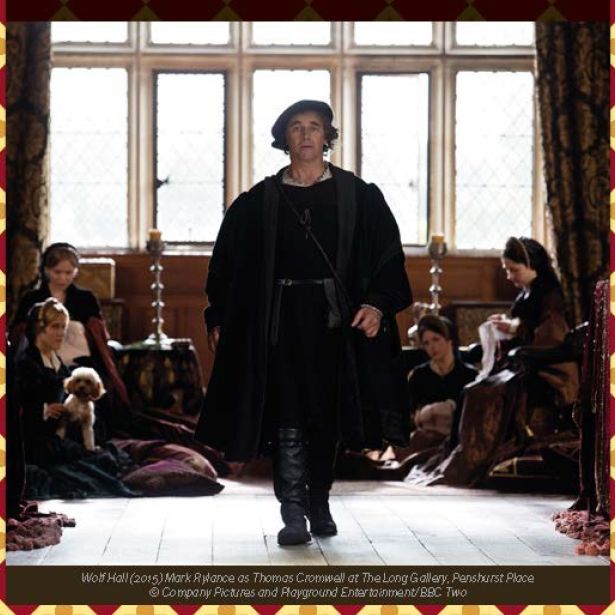 KCC Cabinet Member for Economic Development Mark Dance said: “We’re extremely proud of our Kentish heritage and it’s always wonderful to see our county appear on both the big and small screen. I hope people will enjoy looking up the locations and taking a tour around some of the fine sites captured on film.”

Kent County Council Film Office manager Gabrielle Lindemann said: “Our Movie Trails are a great opportunity to showcase some of the work the Kent Film Office does to attract and support productions and celebrate all the inspiring locations the county has to offer.”

Ben Thomas, general manager at Penshurst Place and Gardens said: “We’re delighted with the outcome of the Tudor Trail filming guide, and look forward to welcoming new visitors to Penshurst Place who want to delve a little further into our centuries-old working country estate and beautiful medieval House and Gardens.

“With the fantastic ongoing support of the Kent Film Office, Penshurst Place has been involved in a number of features from the Tudor period, most notably Wolf Hall, The Hollow Crown and The Other Boleyn Girl, and we look forward to seeing how the guide will showcase this to tourists and residents of Kent alike.”

Leeds Castle PR Officer Gemma Wright said: “We are always delighted to be able to offer “the loveliest Castle in the world” as a filming location and we were thrilled to welcome ‘The Hollow Crown’ here in 2014.

“Leeds Castle was once owned by King Henry VIII and we hope visitors to Kent will come and see his royal palace and enjoy standing in some of the locations as seen on some of the TV shows and other films we have featured in”.

Head of Filming and Locations  at the National Trust Film Office Harvey Edgington said: “From Chiddingstone Village, one of the most beautiful and oldest villages in Kent to the great 17th century house at Knole, National Trust cares for a wealth of historic locations in the county. “

“We’re delighted to see so many National Trust places featured on Kent’s Tudor Trail and hope that lovers of costume dramas and period feature films will be inspired to follow in the footsteps of the stars to discover these special places.”

PR and Marketing Manager of Visit Kent Sinead Hanna said: “We encourage any history lover or film fan to grab a copy of the Kent Film Office’s Tudor Trail and discover The Garden of England’s glitzy, gory and glorious film heritage.

“There are so many wonderful heritage sites in Kent linked to the Tudor dynasty, each with their own unique story to tell and offering excellent days out to visitors of all ages.

“Many people do not realise just how many of these beautiful sites have been immortalised on the big and small screen, and this new guide will help people visit the locations that have (hopefully) dazzled them on screen.”

Offering a range of services to the film and TV industry, the Kent County Council Film Office supporting productions by a location finding and research service, obtaining film permits, facilitating traffic management requests via the Kent (Filming on Highways) Act 2010, sourcing local crew and trainees and mediating any disputes.

The Kent County Council Film Office was established in 2006 and has facilitated over 6,624 filming days which has brought in an estimated £25 million of direct spend – £50 million in wider economic benefits – to the Kent economy.

Discover the Tudor Trail from Friday at: http://kentfilmoffice.co.uk/kent-movie-map/tudorish-trail 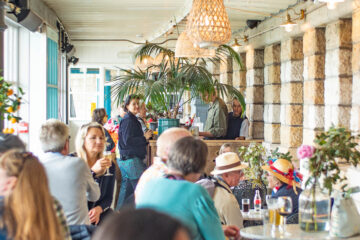