You may think karma’s a load of claptrap, and perhaps manifesting your intentions by way of a mood board isn’t for you, but…Zen – a Japanese school of thought that emphasises the value of meditation and intuition over ritual worship or study of scriptures – is more about rethinking your state of mind to stay more in control of your mental and physical health. It’s easier than you think to channel your inner Zen; we’ve all got it happily lurking somewhere, and there’s no harm in adopting simple strategies to deal with life’s stresses, so we’ve put together a few pointers to help you be the most peaceful version of yourself. 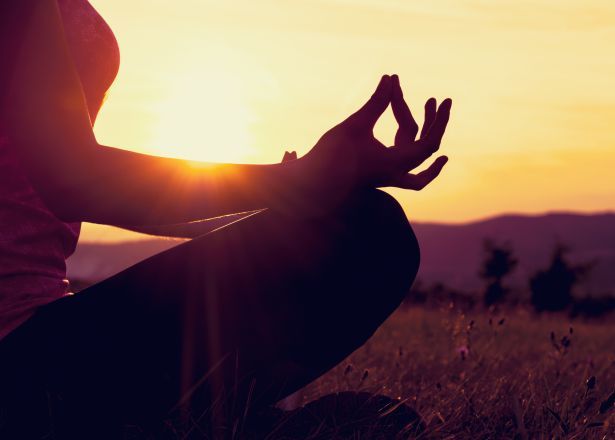 Conflict within relationships – be that with your partner, a friend, or a stroppy teenage child – is inevitable for most people and can be a huge source of stress albeit a fleeting and infrequent one.

How you view conflict, however, plays a huge role in how you let it affect you. If you view it as wholly detrimental, it’s more likely to become a self-fulfilling prophecy, but if you flip that and view it as a necessary, even positive step towards development in a relationship, when resolved it’ll serve to enhance your awareness of one another and reinforce your bond. Try and think through why the conflict has elicited such strong emotions before you attempt to work it out and the outcome will be a far healthier one.

On the topic of conflict, having an emotional awareness of yourself i.e. having a good think about why you’re annoyed with someone or at a situation, will only strengthen your awareness of those around you, most importantly those you’re in danger of clashing with. Listening to how people feel instead of simply reacting to what is being said in the moment will help stop misunderstandings in their tracks before they develop into anything more serious – acknowledge other people’s feeling and focus on communicating your own feelings more clearly.

When you hold a grudge, your body (as well as your mind) actually holds the grudge, which can lead to physical symptoms like panic attacks and an unsettled stomach. Forgiveness isn’t the easiest thing in the world, but holding a grudge is pointless too and will just cause you more stress in the long term. Letting go of any anger or negativity that you associate with a person or situation frees you up mentally to work out whether you want to try and resolve the issues that have occurred, or just walk away – letting go doesn’t mean you have to be best buds with someone who’s hurt or hugely offended you, but it does mean giving yourself a break from the burden.

A mind-body approach used to help shake off any stressful thoughts and feeling, mindfulness is big news these days – they’ve even started getting teeny weenys to practice it in primary schools. Essentially, it involves paying greater attention to the present moment through awareness of your thoughts, emotions and senses, the theory being that the more you’re aware of them, the better you can manage them and prevent becoming overwhelmed. If you catch yourself getting worked up about something that happened in the past or that you’re worried might happen in the future, try bringing yourself back into the present moment by using sound, sight and touch. Steady your breathing rate while listening to something you can hear, be that a clock or the traffic outside; something you can see like a picture hanging on the wall; and something you can touch – your sleeve, or the rug under your feet. You’ll be calmer and more focused in no time.

What with thoughtless memes and outright trolling, there’s a lot of ugliness that’s thrown at people by people that don’t even know said people these days. It’s not good, for anyone, so flip it and start upping your positivity quotient. OK, there might not be any cucumbers left in Tesco, it might be cold and rainy outside, or Monday morning might fast be approaching, but every time you complain, you’re heaping a big dollop of negative energy not just into your life, but into the world overall. Complaining breeds complaining, so before you start waxing lyrical about your peeves, stop and try to think of a way to solve the problem – there will be other cucumbers; you’re lucky to have a warm, dry home; and, Monday marks a fresh week full of fresh opportunities. If you can’t solve it, move on. Life’s too short.

Sounds simple. Is simple. You might think karma’s a load of airy-fairy nonsense, but thousands of years of philosophical thinking would disagree: what you put out into the world is what you get back. If someone irks you and you lose your rag, you’ll irk them and likely irk the person who they go on to tell; it’s a whole chain of unnecessary irking that can be stopped short if you take a step back and assess if the situation is really worth all the aggravation. Smiling at a stranger, carrying someone’s bags who’s clearly struggling, or giving a fellow passenger the 20p he needs on the bus to pay for his ticket are all small, simple acts of kindness: practice them whenever you can.

Regular exercise isn’t just a brilliant way for you personally to get a free hit of happy hormone, endorphin, it’s also undeniably good for your health, which in turn means less trips to the doctor and less strain on our already stretched NHS. Plus, we live in a society where (whether consciously or not) we are constantly comparing ourselves to others – with fitness, your only competition is yourself, so you’ll start to feel more confident and less concerned with the ins and outs of other people’s lives too. 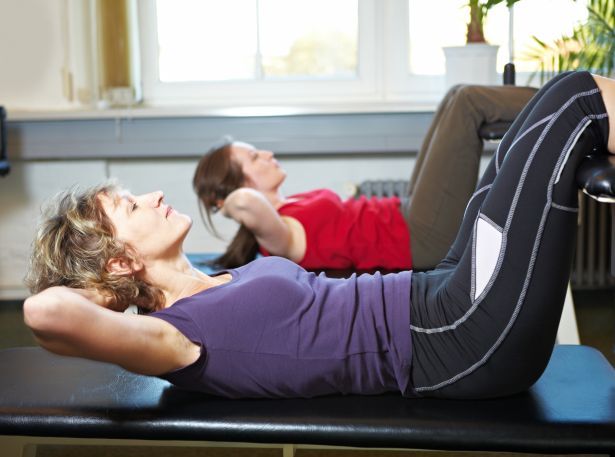 Tarred with an outdated brush that paints a picture of ‘omming’ hippies sitting cross-legged in the forest, the idea of meditation might be a bit daunting to some, but actually its power to keep you emotionally grounded is pretty undeniable, and it’s even been known to help ward off recurring physical ailments like common colds. Plus, it’s been modernised by way of apps and podcasts and become alluring enough to persuade millions of people to find 10 minutes a day to give it a bash, so there’s got to be something in it far beyond fad. Essentially a handy reorganising of the mind through deep breathing and focus, to meditate effectively, you must be present (see ‘Be mindful’ for a wider explanation) – if you can keep calm and stay focused, it can help you transform a negative mindset to a positive and cultivate constructive thoughts along the way.

Three meditations of varying lengths allow you to relax deeply regardless of how much time you have available. Written meditation tips help support your experience with the guided meditations.

Unwind before you sleep

Good sleep is just wonderful and helps us to maintain a positive sense of wellbeing in both body and mind, but it’s essential to unwind before bed and set the tone for a restful, unbroken slumber. The hour and a half before you go to bed is considered the ‘golden 90 minutes’ to ensure that we all get the sleep we need, but it involves switching off – physically as well as mentally. Make sure you turn off all your devices that emit blue light, including your phone, tablet, or e-reader, all of which tell your brain it’s still daytime, thus inhibiting the production of melatonin. It’s best to turn off the box too, as yes, you guessed it, light from the television suppresses melatonin, plus many programmes are more stimulating than they are relaxing. Read a book, listen to some relaxing music, or have a warm bath instead.