Chatham panto will be a real beauty

This year’s spectacular panto at the Central Theatre, Chatham is a DREAM of a show. Sleeping Beauty opens on Thursday 7 December and runs until Sunday 31 December 2017.

There’s a truly all-star cast on board this Christmas, headed by star of stage and screen, Claire Sweeney, who will be terrifying audiences as Carabosse, the evil fairy who isn’t happy about missing Princess Belle’s christening. Claire’s television career began when she landed the role of Lindsey Corkhill in Channel 4’s Brookside, enjoying over 10 years on the show. In 2001, she was runner up in the final of the first ever series of Celebrity Big Brother. She was a regular on ITV’s Loose Women for 3 years, returning as a guest panellist on numerous occasions. Claire was the original host of ITV’s 60 Minute Makeover and was a contestant in the first ever series of BBC One’s Strictly Come Dancing. Claire’s stage roles include Roxie Hart in Chicago, Miss Adelaide in Guys & Dolls, Paulette in Legally Blonde, Velma Von Tussle in Hairspray and Baroness Bomburst Chitty Chitty Bang Bang – to name but a few! 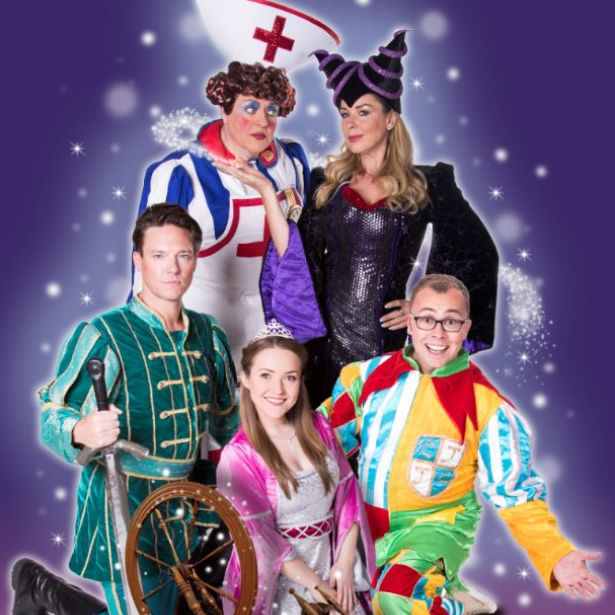 Hollyoaks’ hottie, Andy Moss will be brushing up his sword-fighting skills to play Prince Valiant, our dashing and brave hero.  Will he defeat our baddie and rescue the sleeping Princess? During his 8 years on Hollyoaks, Andy enjoyed some of the soaps most explosive and award-winning storylines as loveable rogue Rhys Ashworth. Other TV credits include Craig Gutteridge in the BBC drama Cutting It and Paul Cuthbert in BBC1’s. As Sam Wheat in the recent 6-month tour of Ghost the musical, he stepped into the shoes of Patrick Swayze to play the show’s central character.

It’s a Hollyoaks reunion as, Joe Tracini, returns to the Central Theatre as Chester the Jester. He was a huge hit with everyone last year and so is back for more. Joe is no stranger to Medway – he grew up in Higham and went to school in Rochester. He played Dennis Savage in Hollyoaks for 3 years and will be presenting the 3rd series of hit CBBC show The Dengineers later this year.

Completing the line-up is panto veteran, Ian Good, as Dame Nellie Night Nurse – nursemaid to the Princess Belle, played by Carol Heffernan. Ian is a veteran on the pantomime stage, having performed in over 35 pantomimes in theatres up and down the country. Ian also made up one half of Brenda and Audrey, the Bounty Kitchen Roll competitive housewives, featuring in their TV commercials for 7 years.

After scaling new heights with Jack and the Beanstalk last year, Sleeping Beauty promises to be even bigger and better! It’s sure to leave audiences spellbound as we spin the great adventure of a very lengthy snooOOOOoooze!

Don’t miss this little BEAUTY of a panto that’s set to hit Chatham. It’s our best-selling panto to date – get your tickets now, cos if you snooze, you lose! Visit www.medwayticketslive.co.uk or call the Box Office on 01634 338338

Chatham panto will be a real beauty