The Tiger Who Came to Tea is roaring back into theatres for a major UK tour in 2017. The truly magical Olivier Award nominated West End production opened on Wednesday 15 March at the Civic Theatre, Chelmsford and will visit a further 35 venues until the end of August 2017.

Adapted and directed by David Wood OBE, Judith Kerr’s ever popular tale, The Tiger Who Came to Tea, is the ideal introduction to theatre for children aged three plus and the perfect treat for the whole family.

When Sophie and her Mummy welcome the hungry Tiger to tea, he proceeds to eat all the sandwiches, buns, biscuits and more. He even manages to drink all the water in the tap! What will Sophie’s Daddy say when he gets home? 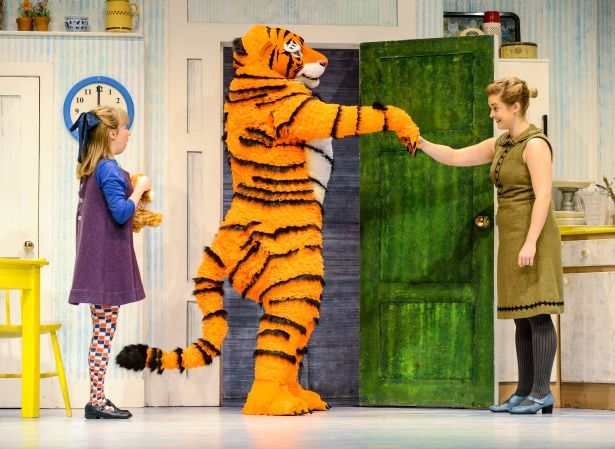 Join the Tiger, Sophie and her Mummy and Daddy, in this musical slice of teatime mayhem with sing-a-long songs, oodles of magic and interactive fun.

David Wood is undisputedly the country’s leading writer and director of plays and musicals for children, whose many successes include: The Gingerbread Man, Guess How Much I Love You, eight Roald Dahl adaptations including West End hits The BFG, The Witches and George’s Marvellous Medicine; and the Olivier Award winning Goodnight Mister Tom.

The doorbell rings just as Sophie and her Mummy are sitting down to tea. Who could it possibly be?

What they certainly don’t expect to see at the door is a big furry, stripy tiger!

Watch the trailer at: www.TigersTeaLive.com 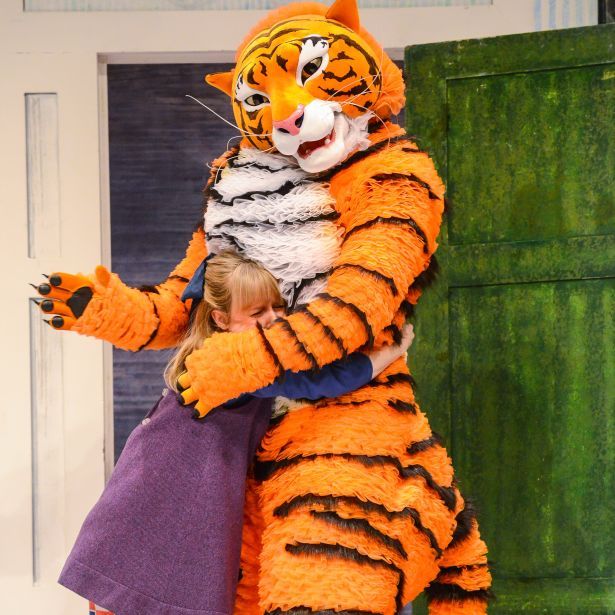 Fun facts about The Tiger Who Came to Tea!

The Tiger Who Came To Tea will be at Dartford’s Orchard Theatre from 21st to 23rd August. https://orchardtheatre.co.uk/Online/tickets-the-tiger-who-came-to-tea-dartford-2017