Churchill Theatre to host the Kent premiere of The Jungle Book.

Churchill Theatre is set to host the Kent premiere of a new musical adventure of The Jungle Book.

The show which is currently touring the UK, is an exciting new adaptation based on the 1894 classic book by Rudyard Kipling and will run for five days (28 February – 4 March, including World Book Day on 1 March) at Churchill Theatre.

The Jungle Book will come to life in this colourful new show featuring 12 brand new songs, memorable characters and brilliant storytelling which promises a modern, playful and upbeat production. A wild and fun tale of family, belonging and identity, featuring Mowgli the man cub who battles for survival in this heart-warming coming of age story about a boy raised by wolves in the jungle. 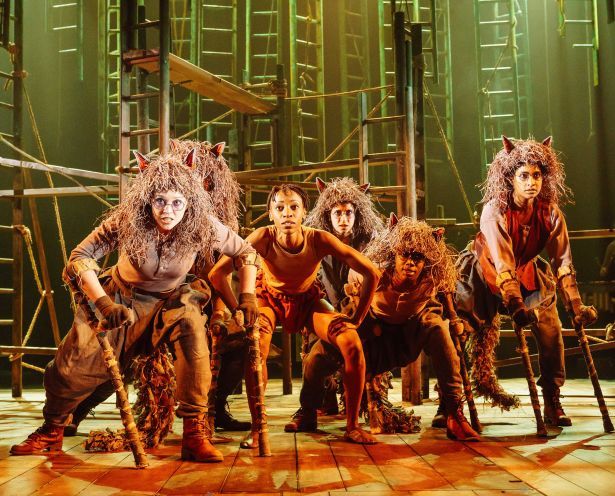 We caught up with two of the cast members who live in Kent; Chipo Kureya and TJ Holmes who both play wolves and monkeys in this 2 hours 20 minutes (including interval) spectacular.

How is the tour going so far?

Chipo: The tour is going really well, it is really exciting and a lot of fun.

TJ: There is a great buzz, we’re like a family and the audiences give us a lot of energy.

What has been the most memorable moment so far?

TJ: For me it is the lovely music by Joe Stigoe, he’s written a fantastic score. The music is quite jazzy and joyful but quite moving at times. It is very different to the Disney version of The Jungle Book.

Chipo: We have changed the ending since being on tour, as we now go into the crowd. The audience are already loving the music but the ending really is high energy and quite dramatic.

Tell us a bit about the production…

Chipo: It is a lovely heart-warming piece of work about belonging yet very colourful and dynamic.

TJ: It is very different to the Disney version – the music is different but there is still lots of singing and dancing.

Tell us about your characters…

Chipo: We both play a wolf and a monkey, so one minute we are standing like a monkey, the next we are on all fours to represent the movement of a wolf.

TJ: Singing and dancing as a wolf while carrying a double bass is quite a challenge! 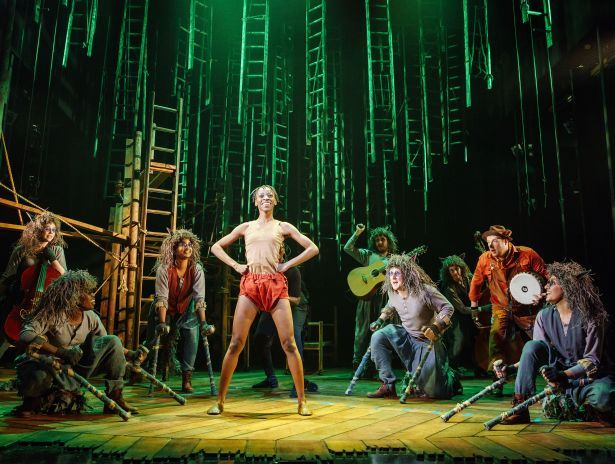 How do you get into character?

TJ: We watched lots of videos and did some excellent movement work with our chorographer. The wolves are played on all fours throughout.

Chipo: Our chorographer was great and we watched lots of videos of the animals. Rehearsals really prepared us for the quick turnaround. I’m used to it, when I was in Harry Potter and the Cursed Child I went on stage in crowd scenes every night but I was also the understudy and played 16 different characters during my time there – you have to be ready for anything.

Do you have any rituals before going on stage?

Chipo: We gather in a circle, clock eyes and do both vocal and physical warm ups.

TJ: We sometimes play a game to bounce off each other too. Some actors like to take themselves away and get into the zone but I definitely like a sense of fun.

How long have you been acting?

TJ: This is my 18th year. The first character I ever played was a cat in a show at primary school and then I went on to play Mr Toad in Toad of Toad Hall and it has gone from there. It hasn’t always been easy and I have done other jobs including an English and Drama teacher – hats off to teachers, it can be hard, but I feel lucky.

Chipo: I have been acting forever. I remember watching musicals as a child – I loved The King & I which I watched again and again with my grandad and me and my sisters used to always sing The Little Mermaid around the house. Then I started going for auditions – I remember my mum driving me to Welling for my first audition for Bugsy Malone. I wore a purple velvet dress and sung Bugsy songs. I got the part. 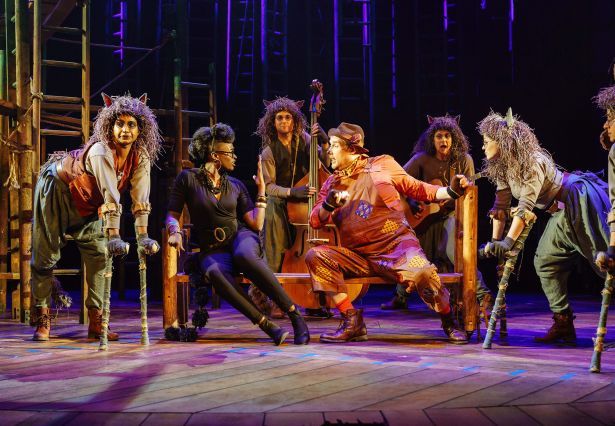 Are you looking forward to playing at Churchill Theatre?

Chipo: I can’t wait. I’ve seen panto there before and can’t wait to be on stage. Bromley was my coming of age – as a teenager growing up in Wrotham, I remember Bromley being the first place my mum allowed me to travel to on my own with friends.

TJ: I have been to Bromley but I have never been to the theatre. I can’t wait!

This unforgettable musical adventure, The Jungle Book is brought to you by the team behind Goodnight Mister Tom and Michael Morpurgo’s Running Wild. Adapted by the Olivier award winning Jessica Swale (Nell Gwynn), featuring live music on stage created by Joe Stilgoe and directed by Max Webster (The Lorax, The Old Vic).

The Jungle Book is one of 25 productions that will be taking place at Churchill Theatre in March 2018.

Churchill Friends & Sidekick: Two Tickets For The Price Of One Wed, £2.00 off Thu – Sun

THE LITTLE PICTURE COMPANY LONDON - Perfect For Your Wedding Keepsakes

Churchill Theatre to host the Kent premiere of The Jungle Book.