It’s an oldie but a goodie (like many jokes, when you think about it) because this saying actually has its roots in fact. Laughter – be it loud LOLs or quiet little giggles – really does make us feel better. It’s the ideal stress reliever, and although it can’t cure everything, it will give you the positive outlook needed to fight infection and disease, as well as making you happy in the here and now. 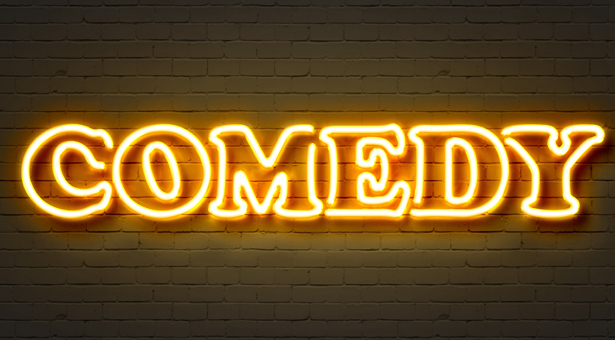 Laughter changes you both mentally and – incredibly – physically too. Laughter makes your lungs work differently, and allows you to take in more oxygen which in turn gets your heart, lungs, muscles, and brain firing on all cylinders. After a good laughing workout, you’ll be ready to take on anything, and you’ll feel good while you’re doing it because the endorphins (happy hormones) in your body have been released and are running riot. In the long run, laughter actually improves your immune system; when you laugh (or when you think positive thoughts) molecules called neuropeptides are released into the body. These little critters fight against stress and can even ease some feelings of depression and anxiety.

Wait, there’s more! Laughter also eases pain. Our amazing bodies can release a natural painkiller, but sometimes it can take a while to get it working. Laughing when in pain speeds up the process. So next time it hurts, think of something funny, and you’ll find it doesn’t hurt as much anymore!

So, now that you know why it’s so good to laugh, here are some fantastic venues and shows across the South East that will tickle your funny bone and get those good feelings happening!

This purpose-built theatre in East Grinstead is a fantastic live comedy venue, attracting many superb acts that will have you rolling in the aisles. Upcoming evenings include an evening with Sue Hodge (Mimi Lebonq from ’Allo ’Allo), and the ever popular East Grinstead Christmas Comedy Gala (featuring Kerry Godliman, Doc Brown, Rhys James, and James McGill).
www.chequermead.org.uk

Blackstock is a nature-friendly farm and unique events venue nestled in the heart of the Sussex countryside near a designated area of outstanding natural beauty. Its legendary live comedy nights showcase the best of the area’s talent with a brilliant atmosphere, gourmet food, and side-splitting laughs.
www.blackstockfarm.co.uk

The Walnut Tree offers a variety of live entertainment, including regular comedy nights. Over 300 years old, this Kentish pub has a lot of history to it, but there is a definite modern approach to the entertainment – sit back in style, sup some fine local ales (The Walnut Tree is the proud holder of the Cask Marque), eat some delicious pub grub, and laugh the night away.
www.thewalnuttreemaidstone.com

Westcoast is Thanet’s premier multifunctional venue, bar, and Caribbean Tapas eatery located at the heart of Margate Oldtown. With three separate rooms you can enjoy the best in live entertainment as well as mouth-watering Caribbean food. The Black Cat Club itself provides a platform for new and established variety acts in addition to offering a wide choice of retro clubbing culture for those who expect a little more from a night out.
www.westcoastlive.co.uk

Special Friday nights in Dartford see the Thistle Hotel, Brands Hatch, transform into a stunning comedy club. With an electrifying atmosphere and table service throughout the night you can enjoy a huge line up of famously funny shows at this great venue in style.
www.thecomedyclub.co.uk/venue-events/dartford-comedy-club.html

The Runaway Comedy Club is an independent club run in the Erith Working Men’s Club on Valley Road every other month. Here you can enjoy talent from across the circuit including household names. The club has previously hosted Nathan Caton (Mock the Week, BBC Radio 4), Stephen Carlin (Stewart Lee’s Alternative Comedy Experience), Trevor Crook (The Lee Mack Show) and Bob Mills (Win, Lose or Draw, Talksport) to name but a few.
www.runawaycomedy.co.uk

The Krater Comedy Club in Brighton offers award-winning comedy with top international and UK comedians. Komedia is Brighton’s premier live entertainment venue, and it presents one of the largest, most diverse arts and entertainment programmes in the UK. With over 700 performances of comedy, music, cabaret and children’s theatre, the programme features the very best of international and national performers and includes Komedia’s all conquering resident comedy shows: Krater Comedy Club, Comic Boom and Bent Double.
www.komedia.co.uk/brighton/comedy/krater

Since pretty much every show put on at the Grinstock Comedy Club is sold out, it’s always worth booking tickets in advance! The organisers take only the cream of the crop, keeping an eye on the ever evolving scene and the constant surge of newcomers; they are always looking for the next big thing.
www.grinstockcomedy.co.uk

Come and experience one of the South East’s most unique live entertainment venues. Located at the end of a hidden passage, away from the hustle and bustle of the High Street, the Jailhouse is Arundel’s best-kept secret. Passing through the iron cell gate and into the lobby guests get a feel for what it would be like to enter a real Georgian/Victorian prison. By night the Jailhouse is transformed in to an underground club for some of the best live music, comedy (known as Jailhouse Screamers), and theatre on the south coast. With a fully licenced bar, guests are welcome to relax with friends in one of the incredible ‘cell booths’.
www.arundeljailhouse.co.uk

Outside The Box, Sevenoaks

Outside The Box Comedy Club started in Kingston in 2006, but has since expanded to include venues across the UK, including the Stag Theatre in Sevenoaks, Kent. Recognised in the industry for its warm, friendly and fun vibe, star comedians often use the club to try their material before bringing it out on tours and TV. Every bill is designed specifically for each club and the group is proud to be known for having a group of gigs that are not only fun for the audience, but also for the comedians who perform.
www.outsidetheboxcomedy.co.uk

Each week during the comedy season (between September and May), Fat Jesters has a line up of up to five hilarious comedy acts (including a professional MC). With a mix of newcomers and experienced performers, you never know what you’re going to get when you attend one of Fat Jesters’ comedy night, so hold tight and enjoy the ride!
www.bromleycomedy.co.uk

The Old Brewery Store in Faversham (part of the famous Shepherd Neame Brewery) hosts a monthly comedy night that is packed full of laughs. The Old Brewery Store Comedy Club provides a platform for up and coming comedians from Kent and the South East to showcase their talent.
www.oldbrewerystore.co.uk

Laughing Horse Comedy has many years of experience in running live comedy venues; over the years they have promoted comedy and supplied performers for over 400 venues and companies. Now you can enjoy an entire evening of entertainment each Saturday night at The Quadrant in Brighton. You’ll discover acts you never knew existed, and revisit some old friends along the way.
www.laughinghorsecomedy.co.uk

With venues across Kent and Sussex, Lonestar Comedy Club offers an evening of belly laughs and entertainment, including acts such as Holly Walsh, Tony Cowards, Markus Birdman, Bobby Mair, and many, many more. This is sophisticated comedy that will make you think, make you laugh, and make you come back for more.
www.lonestonecomedy.co.uk

SO YOU WANT TO BE A COMEDIAN…

Go to as many open mic nights as you possibly can – it’s great experience, and will give you an idea as to whether stand up is for you. Are they laughing? Excellent! Are they staring stony-faced? Hmm… time for some new material perhaps.

People do and say funny things all the time. It’s the comedian’s job to remember them and make them funnier. So make sure you note down everything you hear that could turn into an amazing comedy routine.

Make friends with club owners, get in touch with other comedians, talk to audience members – you never know who you are going to meet, or what opportunities they might offer you.

Start a blog, organise a YouTube channel, make a Facebook page – get yourself out there and let people know what you do so they can hire you.

Well, some of them, anyway. The ones who laugh not at your jokes but at your dream of being a comedian. If that’s what you want, do it.

The magic of Bath