Hot off the press… Copper Rivet Distillery is now TripAdvisor’s top tourist attraction in Chatham. Why so? Well, it is stunningly beautiful for starters. And it’s right beside the river. It also runs regular tours on which visitors can learn about the production of its spirits and taste its range of locally grown spirits. And it has a massive deli and restaurant area; a home for any weather. 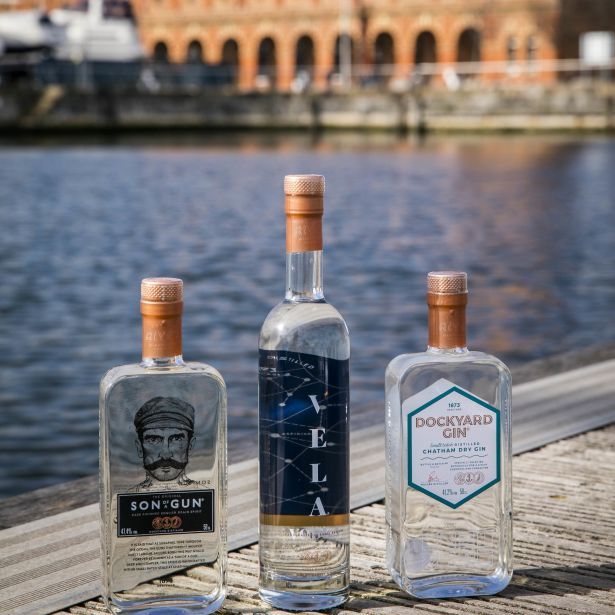 Copper Rivet Distillery was set up by the Russell family, Bob and his sons Matthew and Stephen in 2016. They bought Pumphouse No.5, a pink brick Victorian gem that sits proudly on the banks of the River Medway in Chatham’s Historic Dockyard.

Their first gin was distilled in October 2016, and the range now includes Dockyard Gin, Vela Vodka and a cask-finished grain spirit called Son of a Gun. In 2020, their Masthouse Whiskies will also hit the world…but for now they are still maturing gently in barrels.

The distillery’s Vela Vodka has already received the top ‘double gold’ award at the San Francisco World Spirits Awards 2017. It is lightly charcoal filtered to give a creamy mouthfeel, a delicate palate with a balance of cereal and fruit flavours, and a hint of pink peppercorn.

Copper Rivet distillery is one of only ten UK distilleries to control the whole distillation process of gin from grain to glass. Its water is filtered through chalk beds to let Copper Rivet Distillery’s yeast deliver its signature fruity esters during fermentation. Local farmers, the Burdens, have been contracted to grow and harvest the holy trinity of cereals which the distillery uses for its spirits – wheat, barley and rye. These are grown on the nearby Isle of Sheppey and near to Canterbury. All three spirits are crafted in small batches of 900 bottles. 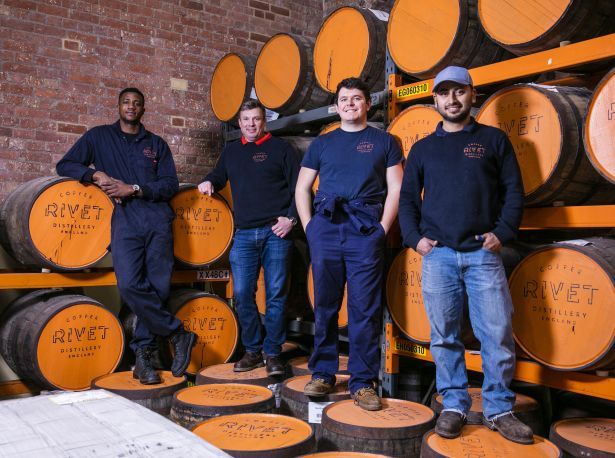 Head distiller, Abhi Banik, is laying the foundations of a distilling centre of excellence in Chatham and already has two assistant distillers – both local Engineering graduates. Abhi has designed for the family a unique gin still, which allows them to conduct two infusion techniques simultaneously … uniquely one rectification, but two infusions. A patent has been applied for. The family has also designed stills, again made locally, for their vodka and whisky.

“We named the distillery after the copper rivet found at the building before it became a distillery. We felt that it had a resonance to the industrial history of the Dockyard and the ingenuity and historic bravery of the area,” says Stephen Russell. “The new distillery aims to revive this local spirit with our collection of ‘firsts’ and ‘onlys’. Think about what an incredible piece of engineering a rivet is and the craft it took to produce them with consistency. This is an inspiration to us. And of course there’s a great connection to the Copper stills we use in distillation.”

Times may change, but the Dockyard Spirit endures. There is much more to come …

Restaurants With A View

The Garden Season at Mount Ephraim 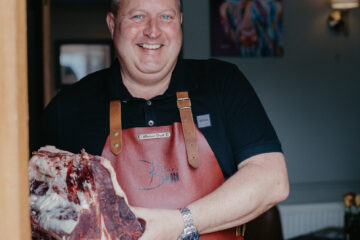