Actor Daniel Radcliffe is using his star power to back a moving and inspiring online appeal to raise money for children with a terminal condition this Christmas.

Daniel, 29, who is currently on Broadway in New York starring in the play ‘The Lifespan of a Fact’, is narrating a two-minute Christmas fundraising film for the charity Demelza Hospice Care for Children, which helps children with terminal conditions from Kent, South East London and East Sussex to live a full life.

In the film, Daniel poses the question of what it means to live a #FullLife, a hashtag shared on social media every day by our friends, family and colleagues. But then he asks what it means for a child with a terminal condition.

He continues with the message that Demelza believes a short life should be the fullest of them all. The film makes a play on other often-used social media hashtags such as #OOTD, #MeTime, #Love, #NoLimits and of course #Xmas and what it means for the children that Demelza cares for.

Daniel has been a long-time supporter and donor to Demelza, which provides special care and emotional support for babies, children and teenagers with a terminal condition and for families facing the likelihood that their child will live a short life. From diagnosis, through everyday family life, in times of crisis through to bereavement, Demelza is there for them. 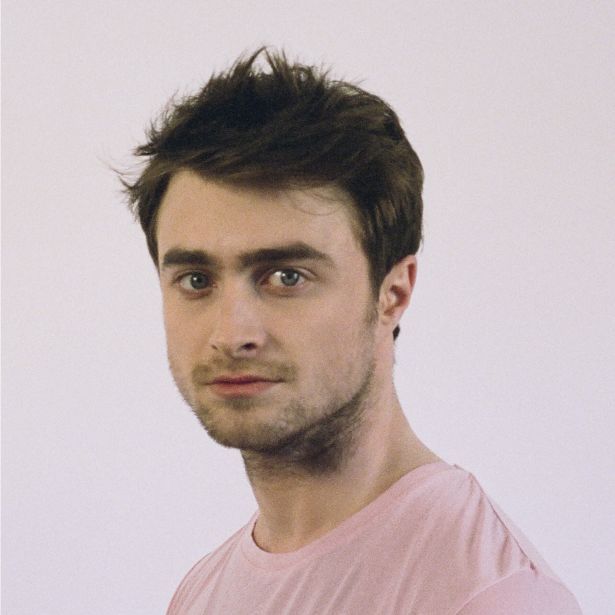 Demelza operates 24 hours a day, 365 days a year – yes, even on Christmas Day – providing care in their hospices or at a child’s home, tailored to the child and parent’s individual needs, as well as supporting the child’s brothers, sisters and grandparents. The charity has hospices in Sittingbourne, Kent and Eltham, South East London, and provides care in the homes of families living in East Sussex.

Glynnis, mum to Elke, says: “Everyone expects when they are pregnant to have a healthy child and I was no different. But when Elke was starved of oxygen at birth, doctors didn’t expect her to survive – we were told she wouldn’t make her first Christmas. As a family we approach each day as an opportunity to find something fabulous – even on the bad days. We are so lucky to have been supported to find the best in every day and solutions to problems, thanks to Demelza Hospice Care for Children.

“We come to stay at Demelza, and I’ve often likened it to being at Disney. Not because of the rides, although we’re on our own rollercoaster ride as it is, but, more about the fact that Demelza has thought about everything. It’s like coming to a home from home. It’s like having a supportive family, which can do all the things that you need to do with Elke. Demelza allows us to do the fabulous things that most families would take for granted. This isn’t a place for children to come and die. It’s a place for children to come and live. And their families to live with them. It’s an amazing place.”

Daniel has donated his time for free and the film has been made pro bono by Tunbridge Wells-based advertising agency Southpaw. The music has also been provided free of charge, written by Robert Primrose from Swimming Girls.

Demelza is almost entirely funded by donations and receives less than 20% of its funding from government. As a result, the charity is almost entirely dependent on the generosity of the public to keep going and help children who may not live a long life, live a full life.

Daniel, who is a Demelza Vice President, explained why he chose to voice the Christmas campaign, saying: “Demelza is a charity very close to my heart, having been a supporter for many years now, and I jumped at the opportunity to voice this inspirational video.

“A short life should be the fullest of them all so please watch, share and donate to Demelza to help children with terminal conditions and their loved ones make the most of the precious time they have together.”

Tamsyn Clark, Director of Marketing & Fundraising, from Demelza said: “We’re very grateful to our Vice President Daniel Radcliffe, the fantastic team at Southpaw and everyone else who has contributed to this magical appeal. Most importantly, we extend our gratitude to the stars of the #FullLife campaign – the children and families who appear in it. They are at the heart of everything we do here at Demelza and we’re beyond grateful to everyone who donates to ensure we can be there for every family who needs us.”

Tom Poynter, CEO, from Southpaw explained why they decided to help Demelza, saying: “We were given a wonderful opportunity to work with a remarkable charity and we just had to help them.  With so many friends and families who have overcome challenges with their own child’s development, it was a subject very close to our heart and a place where we can make a real difference to the charity. At its heart, we want to dispel the myths about hospices being a place where children with a terminal condition go to die – at Demelza, it’s where they go to live.“

To watch the film and to make a donation, visit https://www.demelza.org.uk/christmas

BEHIND THE SCENES AT CHRISTMAS AT HEVER CASTLE & GARDENS