The pigeons are being ousted and new bridges constructed as Trinity Theatre renovates its 200 year old clocktower. This architectural gem will open to the public for the very first time, just as Trinity Theatre approaches its 40th anniversary later this year. The building still has its original clock and bell, but will boast a newly transformed space by multi award-winning architectural company Kaner Olette for the whole community to enjoy. The clocktower will be the
cornerstone of Trinity’s upcoming Heritage programme, which will uncover the building’s rich history and all the intriguing personal stories intertwined – showcasing just how many memories a building can hold within its bricks and mortar. 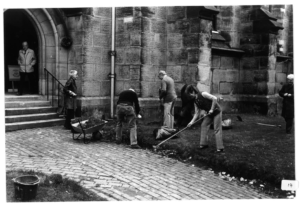 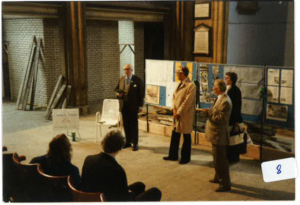 Visitors will be able to climb the clocktower’s new spiral staircase and discover the building’s wider history; from its origins as a creative Gothic Church designed by renowned architect Decimus Burton in the 1870s, to the community battle that saved it from demolition in the 1970s. Those attending will see the layers of history unfold into the present-day theatre it has become. Unparalleled panoramic views of Tunbridge Wells greet those that reach the top, while visitors unable to climb can enjoy digital access and an exhibition on the ground floor. 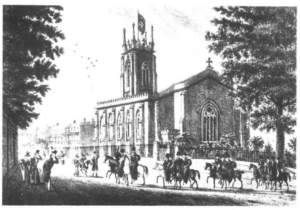 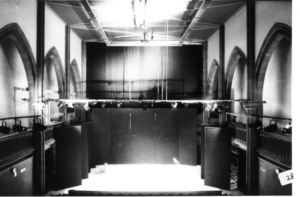 The church building is Grade II listed, designed by the celebrated architect Decimus Burton (100-1881). A major 19th century architect, Decimus had already built major pieces like the monumental Wellington Arch, the London Coliseum and Hyde Park screen by his early twenties. He designed the layout of London Zoo, Hyde Park and Kew Gardens, and built the futuristic glasshouses at Kew Gardens. His diverse work meant in 1905 the Architectural Review commented, the architectural historian of the distant future may well be excused if he formulates a theory that there were two Decimus Burtons. When Decimus Burton moved to Tunbridge Wells in the late 1820s, he designed the Holy Trinity Church in the creative Gothic style, kickstarting the building’s life as the heart of the community. 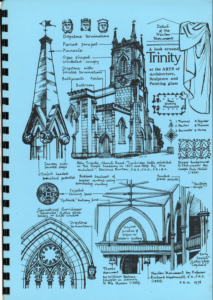 The passionate campaigners involved in the Tunbridge Wells Civic Society petitioned against the church’s demolition. When faced with a 1 year deadline to find an alternative use for the building, the group gave it life as a community and arts centre. Since then, the theatre has been committed to conserving and celebrating its heritage with the town and the wider community. 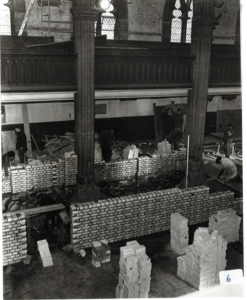 Kaner Olette Architects are running the current renovation project, with an aim to improve access and heritage interpretation across the site. Two new bridges will be added to provide access to the clock tower and a spiral staircase will be installed within the tower itself, which will lead to the surveying views of the surrounding area. 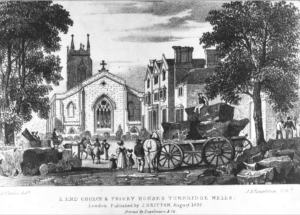 Michael Kaner, Director of Kaner Olette Architects, comments Kaner Olette Architects are very pleased to be leading the design of this innovative project for Trinity Theatre. We are looking forward to the challenge of successfully integrating the new access and interpretation interventions into the Grade 2* listed structure to provide a memorable new heritage based experience for Kent. 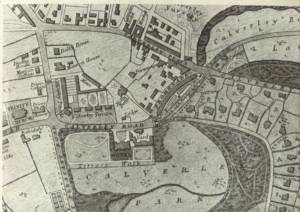 After 200 years of life, the building is witnessing another key moment – the arrival of Trinity Theatre’s 40th anniversary. From the community core the Gothic church was to the innovative arts hub the theatre is today, the birth and legacy of the building is continuing, topped with the public opening of an architectural masterpiece. 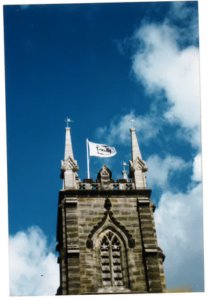