Due to overwhelming demand, Neil Oliver, archaeologist, historian, author and presenter of the TV series Coast, brings his hugely successful theatre tour The Story Of The British Isles in 100 Places to the Churchill Theatre in Bromley on Tue 19 November.   Neil who will be sharing his love of Great Britain and Ireland with audiences on this leg of the tour – first took to the stage in 2018 with a 38-date tour which coincided with the publication of his book of the same name. 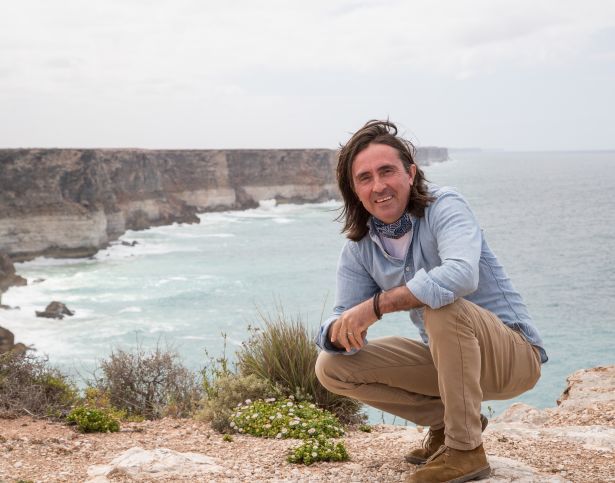 Neil was appointed as President of the National Trust in Scotland in 2017 and is also known for his television series A History of Scotland and Vikings.   Whilst filming Coast Neil “fell in love all over again with the British Isles.  From north to south, east to west it cradles astonishing beauty.   The human story here is a million years old and counting.” Oliver comments.

Born in Renfrewshire in Scotland Neil Oliver studied Archaeology at the University of Glasgow and freelanced as an archaeologist before training as a journalist.  In 2002 he made his television debut with BBC Two’s Two Men in a Trench which featured Oliver and his close friend Tony Pollard visiting historic British battlefields. Since that time he has been a regular on our screens.

Discussing the tour Neil commented “Everything makes more sense when you study history. The more history you read, the less judgemental you become. All the things that are happening now have happened before. Countries reach a high point, and then they go through low points. That’s all explained by history. Like everyone else, politicians can have a better understanding of what’s happening by appreciating that there are patterns in history”.

The Story of the British Isles in 100 Places will give audiences the opportunity to share Oliver’s enthusiasm and unique perspective of British and Irish history.  In his amusing and entertaining way Neil Oliver will explain what it all means to him and why we need to cherish and celebrate our wonderful countries.

Neil Oliver: The Story of the British Isles in 100 Places

Macknade Goes The Extra Mile for the Environment