Elvis in Vegas at The Avenue Theatre, Sittingbourne on 27th November 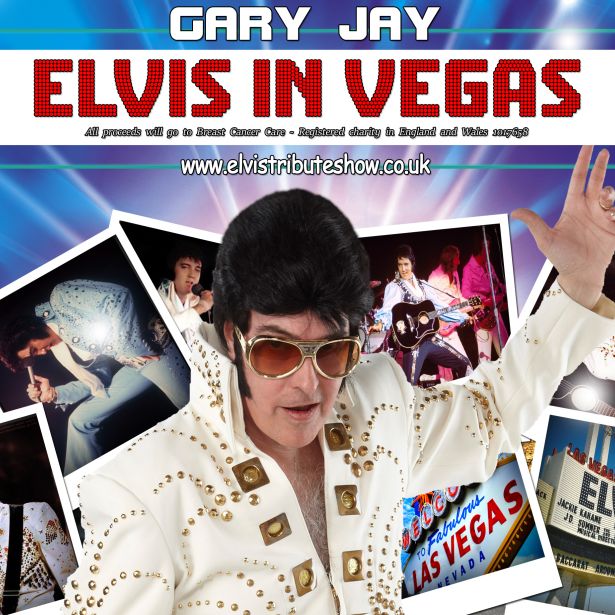 Elvis Presley’s outstanding voice, good looks, and breath-taking performance endeared him to millions, and never before, or since, has any performer captured the world’s attention in such a way.

Globally, Elvis sold in excess of 1 billion records, making him the highest selling artist of all time. Despite this, he is still most fondly remembered for his record breaking live concerts in Las Vegas, a staggering series of 837 consecutive sell-out concerts between 1969 and 1976.

Elite Vegas Events are delighted to present “Elvis In Vegas”, a superb tribute to The King, staged in support of Breast Cancer Care, with all proceeds from the event going to the charity.

Gary Jay’s charismatic performance reproduces a “live” Vegas Concert with awesome accuracy, both vocally, and characteristically. He has made numerous television appearances and is one of the most highly endorsed and respected tributes to have worked in the UK, continuing to captivate audiences Worldwide, and receiving stunning reviews from many of Elvis’ closest associates.

Sonny West (Elvis’ friend and bodyguard, and a member of the Memphis Mafia for 16 years)

“I enjoyed listening to Gary, he does a fantastic job”

“Undoubtedly the leader in his field”

The Stage and Television Today

Gary has appeared alongside many international celebrities, including Elton John, Tom Jones and Shirley Bassey.

Go Full on Festive this Christmas at Beefeater

Elvis in Vegas at The Avenue Theatre, Sittingbourne on 27th November