EVEN IF YOU’RE LITTLE, YOU CAN DO A LOT: MATILDA THE MUSICAL

A special little girl, a horrible headmistress, too much chocolate cake and a happily ever after. Most of us are familiar with the award-winning Roald Dahl book Matilda, but never before have we seen it in such a spectacular setting. 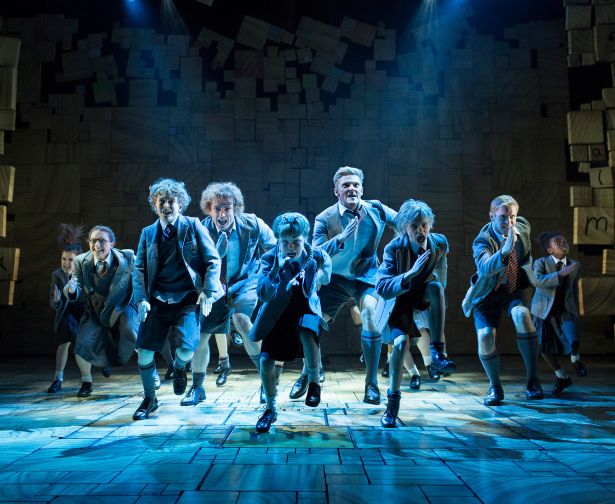 Like many books-turned-film-turned-musical, I wasn’t so sure about seeing the beloved Matilda characters – my beloved characters that I so adored as a child – turned into singing, dancing performers; something they weren’t originally intended to be. Sometimes it’s best to leave well enough alone, but with Matilda, the musical works. The show’s 70+ international awards don’t lie…

The premise is familiar, but as is expected when the story originates in book form, the musical takes its own spin on things. But don’t worry – it’s a good spin. The characters are hilarious, the songs are infectious, and the production is both impressive and simplistic in the intimate setting of the Cambridge Theatre in London’s West End.

I couldn’t have imagined a better Matilda, played by the charming Sara Sheen – her fragile, tiny frame, tangled mess of a hairdo and cute-as-a-button voice soon gave way to her strong-as-steel personality with a sprinkle of naughtiness.

All the characters I knew and loved from my childhood were perfectly represented by each and every actor: Michael Begley as Mr Wormwood, Miria Parvin as Miss Honey, and Oliver Llewelyn-Williams as the infamous, cake-eating Bruce Bogtrotter.

If you read the story of Matilda as a child, the horrendously strict, borderline evil Miss Trunchbull isn’t a headteacher you ever wished to have. In fact, you hoped – and probably still do – that someone like Miss Trunchbull never crosses your path, full stop, and that’s exactly the feeling you get from Craige Els’s brilliant performance. From the top-heavy looming figure, to the genuinely insane hatred of children (with a bit of laugh-out-loud humour thrown in for good measure), Craige’s spot-on depiction of good ol’ Agatha was the standout act for me.

The painfully un-classy Mrs Wormwood is portrayed – big hair, make-up and all – by Rebecca Thornhill. Just like the book, Matilda’s mum is more interested in her telly than her genius daughter, and instead of a bingo obsession as originally written by Mr Dahl, Mrs Wormwood is instead preoccupied with her dancing, and her wholly entertaining and flamboyant dance partner Rudolpho (played by Daniel Ioannou).

Throughout the evening’s show, there was not a single moment when I wasn’t entirely convinced that everyone on stage, and in the audience, weren’t having the time of their lives. I guess if my job required me to fly over a crowd on a giant swing, or sing joyous songs for hours, or play practical jokes on despicable headteachers, I’d be pretty happy too. 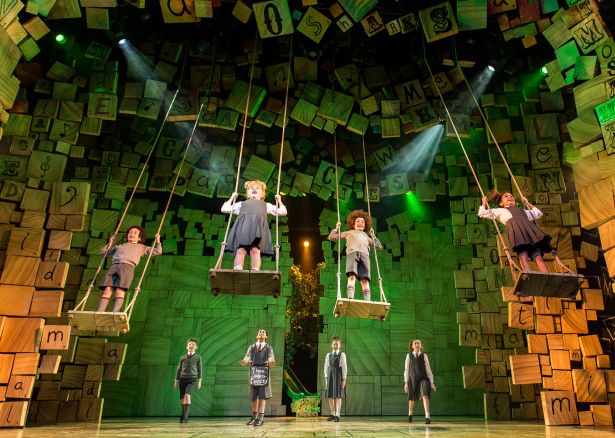 EVEN IF YOU’RE LITTLE, YOU CAN DO A LOT: MATILDA THE MUSICAL