Since waltzing onto our screens in 2011, Serbian-born Pasha Kovalev has quickly become one of the best-loved dance professionals on Strictly Come Dancing and deservedly, one of the most successful. Making three out of four finals, and most recently, taking the winner’s crown with Caroline Flack in 2014, he is irrefutably TV’s king of the dance floor.

With an ardent desire to succeed and the credentials to do so, the ultra-talented dancer has his sights set even higher for 2015, kicking it off with his brand new tour, Life Through Dance. And since he will be cha-cha-cha-ing his way to our county this spring, it seemed only right to catch up with the man behind the sequins to find out more. 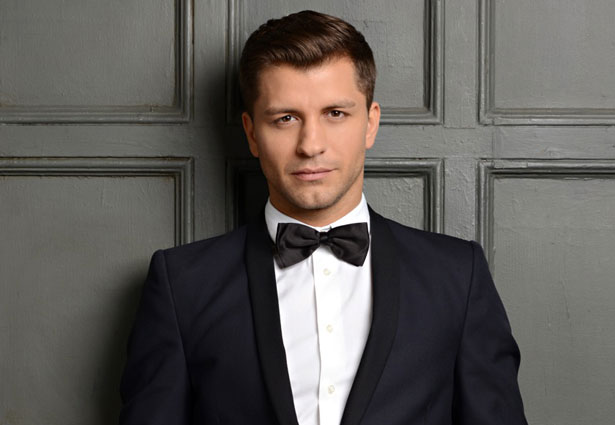 You have been dancing since you were just eight years old. What inspired you to start?

I was growing up in Serbia, Russia, and one day my mum took me to a dance competition. Once I saw what was going on – the beautiful show, stage and all of the girls – I was done and done.

You were a finalist on So You Think You Can Dance? in the US, starred in Burn the Floor on Broadway and in the West End, and you’re now a household name on Strictly Come Dancing. Did you dream of such success?

I didn’t plan to do anything on TV; I got into it by accident and having become a little bit more recognisable in the US, I was soon asked to join Strictly. At the time I couldn’t say yes as I was on Broadway, but I was asked at a later date and sealed my fate. Strictly is the perfect jump for me as I’m a trained ballroom and Latin dancer; I’ve been doing it for 27 years now, and there’s no place better to showcase it than the show. I do what I love, and create some interesting stuff that hopefully has a positive effect on people and how they see things. It’s just amazing.

Since your first stint on Strictly in 2011, you’ve reached the final three out of four times, and most recently won with Caroline Flack (2014). Congrats – did it take a while to sink in?

At first, I was checking that it was us who’d won, and then, when it sank in, it was an amazing, amazing feeling! It had been a long physical series; when you make it to the final, you’re exhausted as it means you’ve been dancing for about five months non-stop, with no days off. The competition was so tough this year that it really was anybody’s prize, but I’m glad it ended up with Caroline and me. 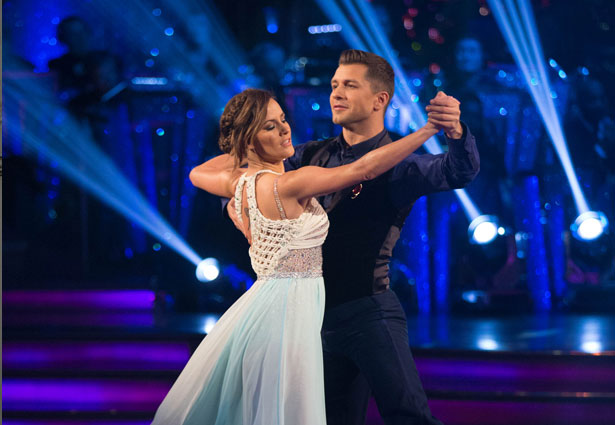 What do you think makes for a winning formula on the show?

You have to have fun and friendship with your partner, so that they can open up and perform to the best of their abilities. You also have to make good choices when it comes to the music and choreography in order to showcase your celebrity in the best possible way.

It must be rewarding to watch your celebrity partner progress throughout the series?

Absolutely. Every single celebrity in the final – even the quarterfinal and before that – improves so drastically, and because we’re in the middle of this intense process, we can see it happen. Day after day, their performance becomes better and they improve. With Caroline, for example, we danced cha-cha in the first week of the competition and the judges picked in again for our last week. When we started practicing for the final, I could see so much improvement in Caroline’s dancing. It was so rewarding to see all of our hard work in action.

Nobody gets to keep the big one. The BBC puts the winner’s name on it and it’s displayed in an eternal hall of fame. Caroline and I each have little replicas, which are smaller but still sparkling and heavy!

Will you be returning for Strictly Come Dancing 2015?

I don’t know. Production starts talking to professionals somewhere in the late springtime. If they ask me again, I will definitely say yes.

In other successes, your show, An Evening with Katya and Pasha, was a sell-out, and you’re currently touring with new venture, Life Through Dance. What can we expect from the new show?

It’s called Life Through Dance, as you said, and it’s a non-stop action-packed journey through life and love, expressed by the language of dance. I am trying to explore a little bit more about each dance by looking at the events we encounter in our everyday lives, in particular, the people we meet, fall in love with, and endure relationships and hardships with. It’s a spectacular dance show, much like those you used to see on TV and now see on Strictly: expect lots of dance styles, great music, and a huge amount of sparkles and glitter. We cannot get away from that!

And is there audience participation?

Yes, that’s what I like doing and have done on my previous tours. It’s different every tour – the dancing, music and choreography – but there will always be an element of audience participation. There are always twists and while it’s fun inviting people up onto the stage to have a go, everyone watching has ball too.

The best thing about putting a show on is that when people leave, they always leave with a huge smile on their face. Dancing is very positive and this show caters to the entire family – kids, parents, and the younger and older generations. It offers a mixture of little things, which create the perfect recipe for a good show.

You are performing nearly 80 tour dates across the UK – how do you cope with such an intense schedule and very little downtime?

We don’t get much time off but when you know a tour is coming up, and on tour itself, you try to get as much rest as possible, eat as well as you possibly can, and minimise stress. You get tired no matter what you do, but after each show, I’m on such a high for an hour or two due to the audience’s reaction. You cannot beat the energy that’s exchanged between performers and live audiences during a show – that’s what I love.

What advice would you give to those itching to give dancing a go?

Strictly is a great advocate of the idea anyone can dance, as most people on the show have little to no dance experience, and look what they achieve. I have stood for this my entire life as I’ve been teaching for a long time and I know there are very few cases in which someone isn’t able to improve – even just a little bit.

The main thing is, if you want to try it, just try it! Life is short and dancing is good for you on many different levels; it’s not only great exercise and releases endorphins, but it builds confidence and introduces you to a completely new social circle. It has so many benefits that if you’ve even thought about giving it a go for even a second, get up and do it!

Pasha’s tour, Life Through Dance, is coming to Kent this spring, and will be featuring at the following venues:

3rd May – The Churchill Theatre, Bromley

For more information and to book tickets, visit www.pashakovalev.co.uk.

The skill of Restoration Art