Never has the saying ‘when life gives you lemons, make lemonade’ been more superbly demonstrated than by Bill’s founder, Bill Collison. When his Lewes-based greengrocers was devastated in the floods of 2000, he regrouped and reopened, this time with a cheeky little addition of a café… Fast forward 18 years, and his namesake restaurant – with its straightforward concept of serving really good food while ensuring every customer has a really good time – has taken the country by storm.

One of the latest additions to its nationwide portfolio is the Canterbury branch. Opening its doors in May last year, the site is a former jewellers shop near Whitefriars that’s been transformed. While the glass cabinets may be long gone, the result is a modern, but homely dining experience with a great ambience. 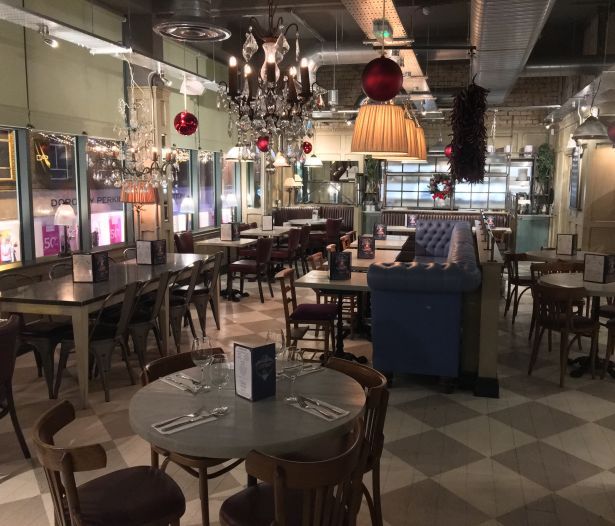 Bill’s has a no-nonsense approach to using great produce and serving tasty, hearty meals in a cool and relaxed atmosphere; this is a concept that is instantly demonstrated by the warm, welcoming waiting staff. Having been shown to our cosy booth, and with a beverage of a whiskey sour (made with Bill’s pink lemonade) and banoffee milkshake in hand, my guests and I began to peruse the dinner menu. Bill’s also offers breakfasts, specials, afternoon tea and a dedicated kid’s menu alongside its cracking cocktail list!

The menu itself is as interesting as it is simple, from starters such as oak-smoked chicken liver parfait (with Bill’s red onion marmalade), to baked crab cakes and heaving mezze boards. Staple, hearty mains include Bill’s hamburger, macaroni cheese, smokey BBQ ribs, grill options, and a selection of delicious sides that had us deliberating for an age! Finally, we followed some good recommendations from our waitress and decided to opt for a sharing selection to start. 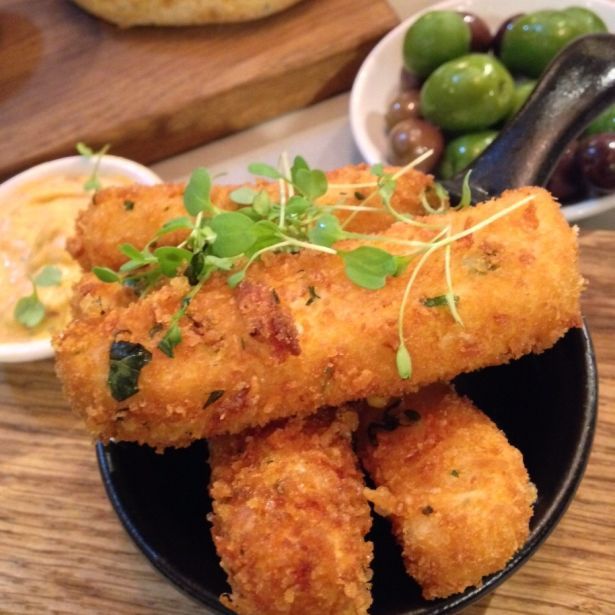 Our stonebaked garlic and herb flatbread with Gran Moravia cheese was like our own mini pizza, which was devoured before it even cooled; mini Cumberland sausages glazed with honey and grain mustard barely touched the sides; and the crispy-crumb halloumi sticks with garlic and lemon mayo was declared our new favourite.

Next up, our mains included Bill’s fish pie made with cod, salmon, smoked haddock and prawns; a delicious and succulent 28-day-aged, 10oz sirloin steak served with fries and a generous dollop of garlic butter; and, for our youngest diner, a hamburger with fries straight off the kid’s menu. We even had to double check this when it arrived as the portion was definitely generous! 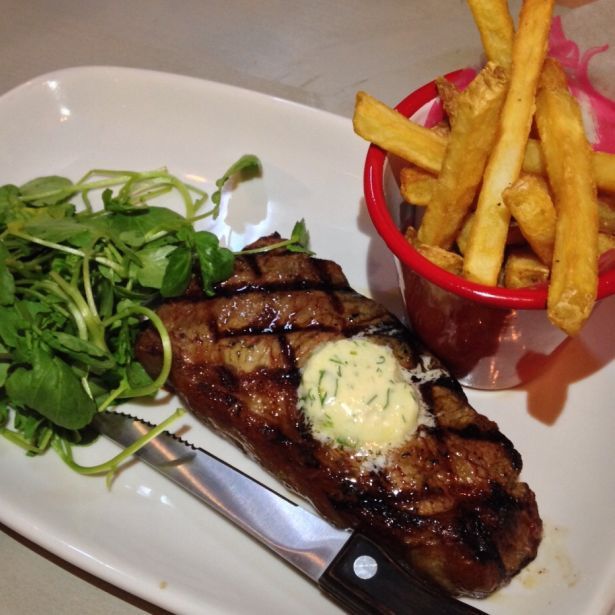 Like most 10-year-olds, mine considers herself a burger connoisseur and can also be a downright fussy little madam, but she practically licked her plate clean and declared earnestly that hers had been “the best burger I’ve had in ages – actually maybe ever”; praise indeed. The slightly more grown-up diners were also more than sated with the well-sized portions and tasty offerings; the creamy pie and succulent steak dishes were set off with clever little touches.

Mains done, it was of course time for dessert, and at Bill’s all kids get an ice cream as part of their meal. Meanwhile, my guest, having stared at the recipe board chalked on the wall for most of his meal, was drawn to the warm chocolate brownie and I opted for Bill’s strawberry sorbet. 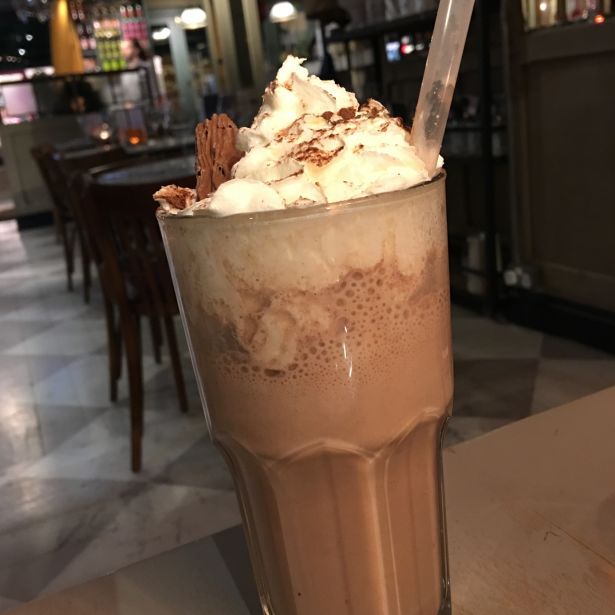 It’s easy to see how Bill’s has flourished from its humble roots – the concept, though simple, is brilliantly executed with good food and a great atmosphere aided by a lovely, friendly team. We had a great dining experience and very much looking forward to our next visit.