Dig out your dancing shoes and head to Folkestone’s new “ROOFTOP DISCO” weekly on the roof terrace of the Leas Cliff Hall to celebrate the 40th anniversary of New York’s legendary “Studio 54” discoteque.

This free outdoor family event will run on the roof deck of the Leas Cliff Hall every Sunday afternoon in August from 12.30pm til 4pm.

The idea was inspired by recent work in New York by Folkestone based company Found in Music. Dr Julia Jones, company CEO says “Studio 54 was legendary in New York and worldwide during the 1970s. This venue fuelled the explosion of the new disco genre that is still going strong 4 decades on. The views from the Leas Cliff Hall roof deck are spectacular and the black and white checked tiles provide a natural dance floor. So when I was up there one morning I thought it would be a great location for dancing.” 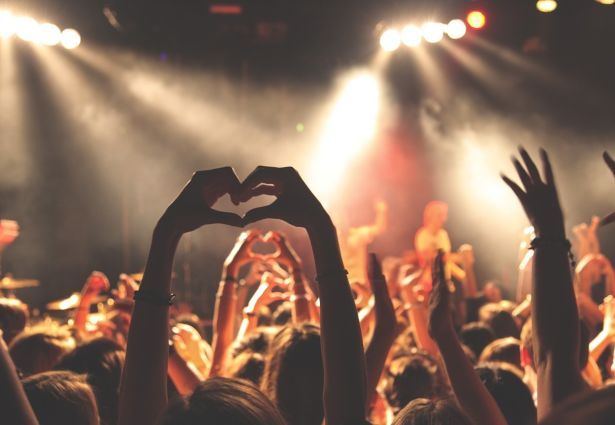 The event has attracted the attention of Martyn Ware (Heaven 17 / Human League): “I once actually played Studio 54 with Heaven 17. It remains to this day the most over-the-top nightclub experience of my entire life – and the most enjoyable. I’m sure these special events in Folkestone will evoke a similarly fun atmosphere”.

Nile Rodgers of Chic says: “Studio 54 made a little band from New York internationally relevant. I want 2017 to evoke the non-stop party feeling of Studio 54, the legendary nightclub that originally gave Chic a platform”.

The Rooftop Disco event series is part of Found in Music’s “Surround Sounds” project which has been running music themed events for all ages in Folkestone since February 2017. The aim is to bring several generations together socially using music.

The Rooftop Disco is being run in partnership with the Leas Cliff Hall and The Chambers. It will feature a DJ set by Nathan and Amanda Atkins, a BBQ and cocktail bar on the Leas Cliff Hall roof-top. (This event will not run during inclement weather).