Get Your Bake On!

When it was announced that baking extraordinaire Paul Hollywood was to be embarking on a UK tour this spring – and better still, one of his dates was in sunny Margate – it is fair to say we wanted in on a slice of the action. With baking fever at an all-time high, just who is the chap behind the perfect puds? insideKENT‘s Gemma Dunn caught up with the man of the moment to find out.

Having grown up on Wallasey on the Wirral, near Liverpool, it certainly wasn’t always Paul’s intention to pursue a career in baking, despite the wishes of his baker father. However, his natural talent for the task took hold, and after much hard work and a true dedication to the field, today he stands as a master baker and a TV celebrity chef truly deserved of his international recognition. From setting up his own artisan bakery, working as a head chef at the UK’s most exclusive hotels, and producing best-selling books and columns – to the phenomenal success of such TV shows as The Great British Bake Off and Pies and Puds – it seems for Mr Hollywood, when you’re following your passion, achieving really is a piece of cake.

Tell us a bit about your own journey into baking. Was it always your ambition to follow in your baker father’s footsteps?

I had no intention of following in my father’s footsteps; I was in arts school and he pulled me out and offered me money to get my haircut and join the industry, which I did. However, in hindsight, I am glad I did as I had a talent for it. I was good at it. I was brought up in and around bakeries and my father has always been a baker, so I suppose it was the natural thing for me to do – but I didn’t look for it; it just happened organically, which is probably the best way.

When it comes to your baking, you travelled extensively to discover ancient baking techniques before setting up your own artisan bread company. Is there one place or technique that still sticks in your mind today?

I lived in Cyprus for six years, so it played a large part in my life and had a huge impact on me. From the Cyprian style of baking and the way in which they bake, to the place, weather, and the people – it is such a nice place to go. Cyprus is probably the place that has truly influenced my baking, as from there on in, I did change and adapt my recipes to bring in such styles.

Of course, we need to mention your role in the highly successful BBC2 show, The Great British Bake Off. Did you anticipate such a recipe for success?

No, I did not. It has been a slow grower, initially attracting 3.6 million viewers in the first series, right up to 9.4 million in the most recent fourth series. The Great British Bake Off has gone from strength to strength, but it’s the baking stars of the show that make people watch and come back. The contestants all go through the mill; they’re wrung out to dry and the ones that hang in there and do their best in the final are the champions. We’ve had some fantastic winners over the last four years, and long may they reign.

Season five will air this year on BBC1. What are the top three factors you look for when it comes to judging the amateur bakers?

Taste, texture and appearance are the three basic measures that I use with everything. If you keep to this criteria, you will always end up with a winner – and a worthy one too.

Your first live UK tour, Paul Hollywood Live – Get Your Bake On! kicks off at the end of April, with 50 dates across the UK. How did this venture come about?

I was first approached by a tour company who deal with some of the big names such as Andrea Bocelli and Katy Perry. They had seen me do a demonstration and got in touch with my agent, but to think they were interested in me was crazy. I’ve been doing demos for the BBC Good Food Show for over 10 years in front of anything between 300 and 3,000 people, but never a tour wrapped up like that. So, I thought ‘yeah ok, this will be interesting’.

The idea is I’ll be showing my life in baking through recipes that date back to when I was a kid, up until now. There will be a roaming microphone in the audience so that people can fire baking questions at me, and at the end, I will invite four people on stage for whom I will set a challenge. The audience will then pick a winner and the champion will receive a bag full of goodies.

I want the tour to be fun and light so that we can all have a giggle. I also want it to represent part of my life, from images of growing up in the bakery to showing just how the industry has changed.

With so much on your plate (excuse the pun), how do you enjoy your spare time? I assume you don’t bake?

No, I tend to leave much of the baking for work now. I enjoy getting out on my motorbike around Kent; I just put my helmet on and the anonymity I get is nice. Nobody knows who I am and I can just take off and have a nice cruise around.

Paul Hollywood Live – Get Your Bake On! will be winging its way to Margate Winter Gardens this May. As a Kent resident yourself, are you looking forward to returning to your home crowd?

Yeah, Margate should be fun. My mother-in-law keeps passing the poster outside of the theatre and she giggles to herself at the huge poster of me; I haven’t been past there yet but I will have to go down and have a look, as apparently it’s hilarious! But yes, I am looking forward to the Kent date – there will be a lot of my mates from around here going to that one, so I’m a bit nervous but it will be good.

Do you have a favourite spot in Kent?

When riding my motorbike, I have what I call ‘the circuit’. It’s nice travelling towards Tenterden and Port Lympne, dropping down to Hythe, New Romney, and then along the coast towards Folkestone and up towards Canterbury; this run is quite relaxing and it’s got some lovely roads. I actually went out last Saturday with a friend of mine who lives in the next village. We rode around, stopped off for an ice cream in Rye and had a bag of chips around the seafront. It was lovely.

Who or what inspires you to get up in the morning and go to work?

My passion is baking, so that doesn’t need any inspiration. However, I do get inspiration from going out for a meal, enjoying something and thinking ‘I can do something with that in the future’. I aim to eat out as much as possible because part of my job is moving things forward and trying different puddings and desserts to see if I can incorporate it in some way. Although I try to keep the classics – crumpets, pancakes, rolls and croissants – sacred, there are certain things you want to modernise.

I imagine many chefs are a little apprehensive when you’re dining in their restaurants?

They all are. Michelin-star chef or not, they always panic!

Do you have any words of wisdom for those budding bakers who are hoping to break into the profession?

What you want to do is practice as much as you can, but also gain experience in a professional bakery; this is key and worth more at the stage when you’re thinking of pursuing this career, as you need to try it first to see if you like it.

I have 50 tour dates coming up, including a Christmas show in November, then series five of The Great British Bake Off starts filming in April. I’m doing another series later in the year and I have another book coming out, so I’ll be busy writing and developing recipes for that. I also now write a column for The Telegraph, which keeps me busy.

What has been your biggest baking disaster to date?

About 30 years ago, I was in my father’s bakery in Hull and I salted 1,000 doughnuts, instead of sugaring them. Funnily enough, we sold every one of them and only received one complaint!

What one kitchen utensil or appliance can you not live without?

It would have to be my digital scales.

Paul Hollywood Live – Get Your Bake On! will be at Margate Winter Gardens on Wednesday 14th May, 8.15pm. Tickets are on sale now at £28.50, so don’t miss out on the opportunity to see one of the biggest names in TV baking, up close and live on his first UK tour.

To purchase tickets, call the Box Office on 01843 292795 or visit www.margatewintergardens.co.uk For a full list of UK tour dates, visit www.paulhollywood.com 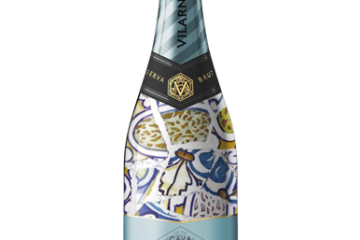 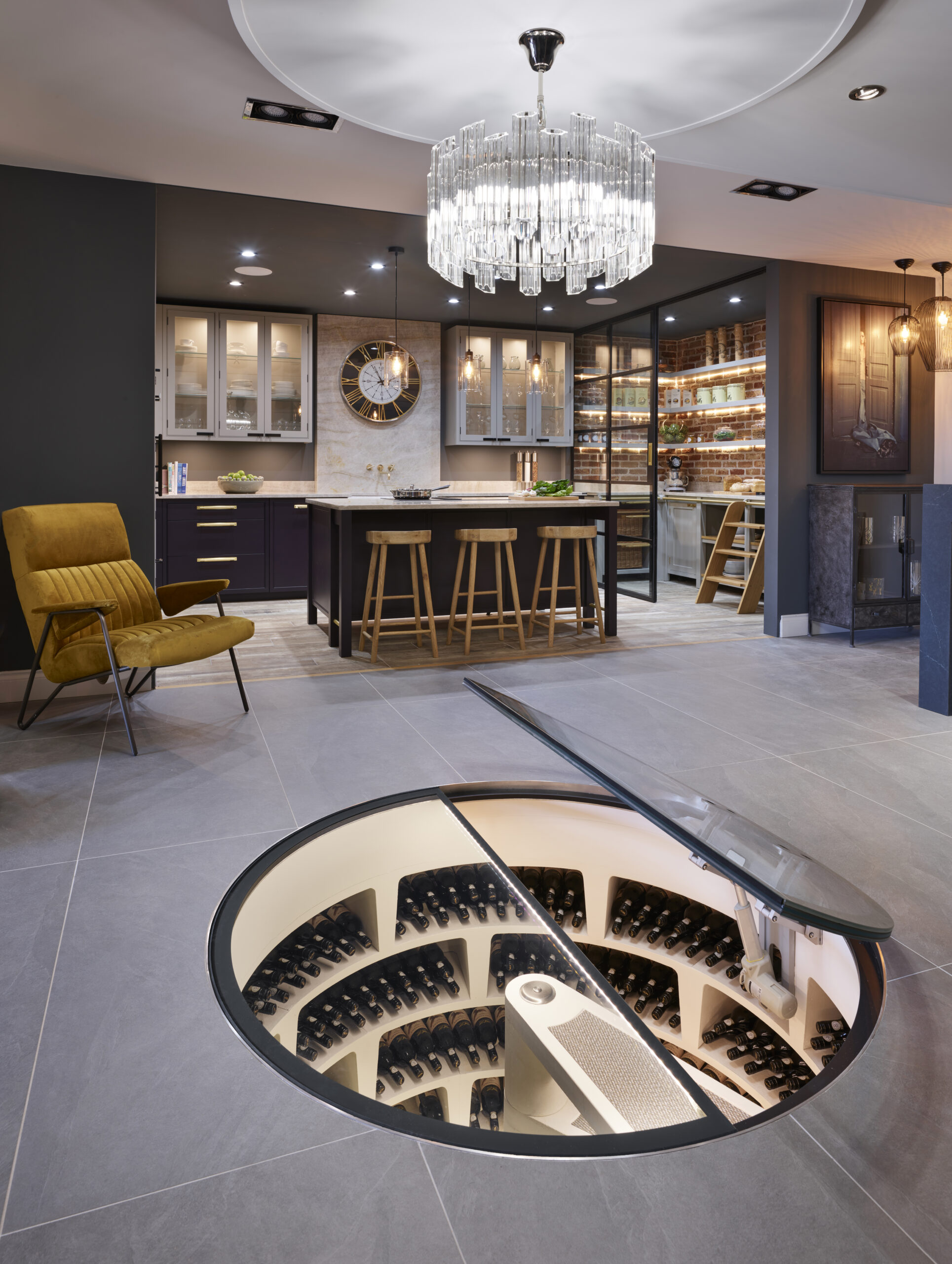 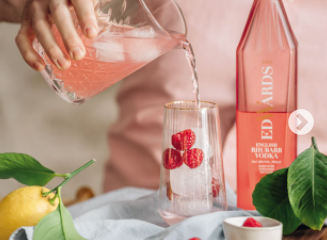 Get Your Bake On!