The Shepherd Neame pub, located in the picturesque village of Charing Heath between Maidstone and Ashford, dates back to the 16th century. It has been redecorated throughout, with stylish new décor and lighting aimed at retaining the pub’s historic features and traditional feel, but with a contemporary twist. 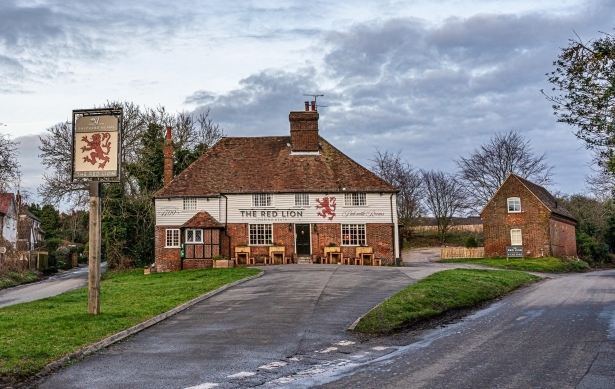 At the front of the pub, the entrance has been made more attractive by creating a new patio with new garden furniture. The pub exterior has been painted and a bespoke swing sign created.

The new guest rooms have been created in a disused barn on land at the side of the pub. They are all double en suite rooms, two on the ground floor and two on the first floor. One of the ground floor rooms has an accessible wet room. All boast stylish, contemporary décor, and offer a flat screen TV, tea and coffee making facilities and free WiFi access. Guests can enjoy a complimentary breakfast at the pub during their stay.

The refurbishment work has been overseen by Licensee Matt Hollis, who took over the pub last August. Father-of-four Matt, 43, said: “I previously worked in landscaping, so this is my first time running a pub, but I grew up in Charing Heath and have lived here on and off all my life, so I know the Red Lion well. When the tenancy became available, I went for it. The Red Lion is the only pub in the village, and I know exactly what people need from their local – a warm welcome, fantastic food and well-kept beer. And thanks to the extensive investment Shepherd Neame has made in the pub, it is looking better than ever. We have also already had a lot of interest in the guest rooms, so I think they are going to be really successful.” 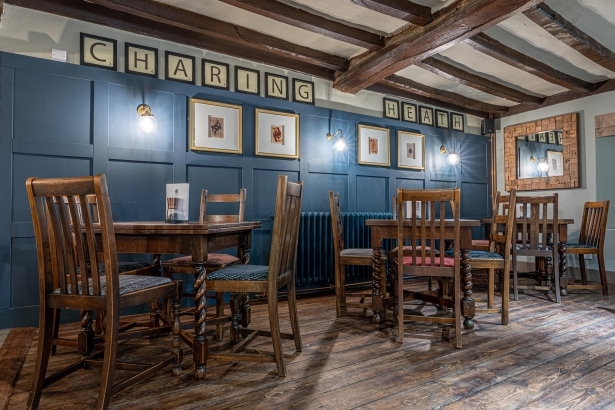 Matt is being assisted by Manager Nicola Smith, who lives locally in Mersham and has extensive experience in the hospitality industry. He said: “I’ve been friends with Nicola for several years and was delighted when she agreed to come and join me at The Red Lion. She has been a huge help getting things off the ground and we have been really pleased by the support and positive reaction we have received from the community.”

The pair have also taken on new Head Chef Dominic Knight, who has introduced a delicious new food menu. Dominic has more than 30 years of experience in the industry, with an impressive fine dining background at top establishments including London’s Savoy Hotel, along with local experience including Head Chef for the Richard Philips Group and Head of Openings at Hush Heath Winery. His menu changes monthly, with additional weekly specials, and is strongly influenced by the seasonal produce available, sourced locally from producers including Lenham Bakery, David Catt & Sons Fruit and Vegetables in Boughton Monchelsea, and Gunne Butchers in East Sussex.

Matt said: “We offer a selection of á la carte dishes along with smaller plates and snacks. Everything is cooked to order, and any special dietary requirements can be catered for. The week’s service culminates in a superb homemade roast every Sunday, which is already incredibly popular.”

Local residents were invited to the official opening event at The Red Lion on Thursday (January 16), with the first pint pulled by former licensee Richard Wood, who ran the pub with wife Eileen from 1985 to 1997.

Richard, who still lives locally, said: “I was honoured to be invited back to pull the first pint. Eileen and I really enjoyed running the Red Lion, and have many special memories of our time there. We are very impressed by the pub’s new look and the new accommodation. Shepherd Neame has done a great job.”

Shepherd Neame Chief Executive Jonathan Neame attended the event, and to mark the occasion presented a £1,000 cheque for the Kent, Surrey and Sussex Air Ambulance charity to volunteer Trevor Smith.

Jonathan Neame said: “The Red Lion is a characterful pub with a fascinating history, in a beautiful country village setting. Our aim with this investment was to maximise its potential and ensure that it remains at the heart of its local community for many years to come.”

Find out more at www.redlioncharingheath.co.uk

Kids for a Quid at Bluebell Railway this half term