Hot Cross Buns With A Twist!

Small spiced buns filled with currents and fruit and with that distinctive white cross on the top… That’s a hot cross bun, and for many of us, that means Easter. 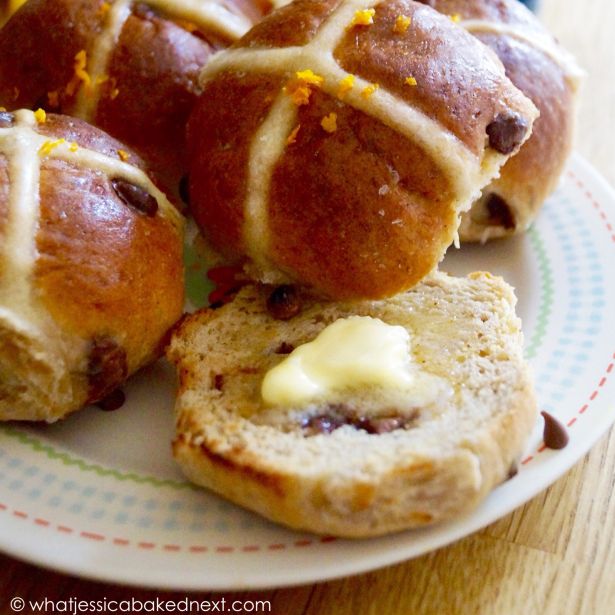 Hot cross buns and their link with Easter have been around since Tudor times. It was illegal to eat these yummy delicacies at any time of the year other than on Good Friday (although you could, if you wanted, serve them at funerals too!), so they became something to really look forward to in the spring time.

Now we’ve reached the 21st century, hot cross buns are just as popular as ever, and putting a modern twist on a traditional recipe is something that many bakers find exciting – and so do we, especially when those new recipes also include another Easter favourite: chocolate!

The chocolate chips in this recipe bring a bit of indulgence to the traditional hot cross bun and they’re great to bake with if you aren’t too fond of raisins and sultanas. The orange brings a delicious zesty and fresh addition and makes these buns the perfect breakfast treat with coffee. Each bun also has a lovely mix of spice – the recipe includes a little bit of mixed spice and ground cinnamon.

A Great Day Out: Open Gardens in Kent

Hot Cross Buns With A Twist!