Ightham Mote has launched a £100,000 appeal towards the costs of acquiring a unique nineteenth century painting for the nation, and restore it to the place in which it was painted over a century ago. 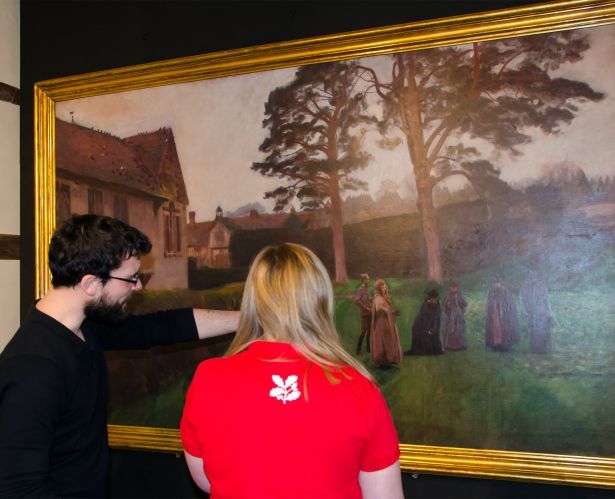 The appeal will be formally launched at the National Trust property by Sargent’s grand-nephew and art historian Richard Ormond CBE, during a talk this Wednesday (24 May) to celebrate the life of his great-uncle.

A Game of Bowls was painted at the fourteenth century moated manor house in 1889 by renowned artist John Singer Sargent, as he visited the influential Palmer family during their short tenancy there.

Sargent’s scene captures the real life scenario when General Jackson Palmer, the railway baron who founded Colorado Springs, and his family rented Ightham Mote from 1887-1890, and regularly hosted their literary and artistic circle of friends. 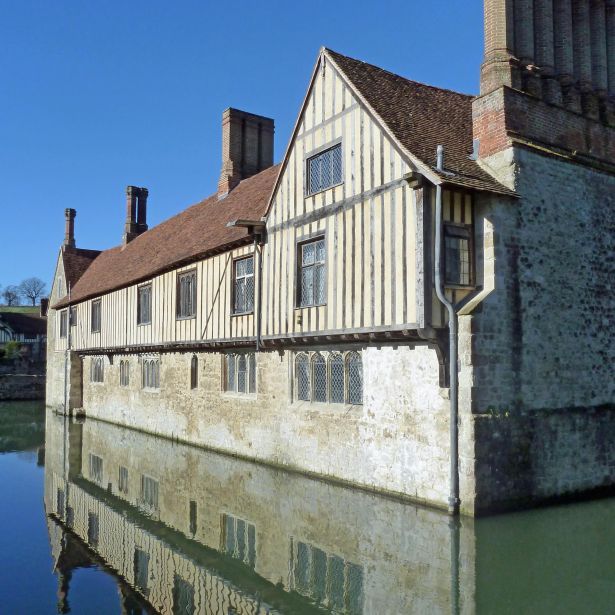 The large-scale work is unique in providing a rare snapshot of nineteenth century social history, offering a window to a lesser-known period in the Mote’s past. The mansion, cottages and garden are all still recognisable today.

A Game of Bowls is currently on loan to the National Trust property from Sotheby’s in New York as part of an exhibition featuring other works by the respected artist.

The painting is now up for sale and Ightham Mote hopes to raise £100,000 by the end of 2017 towards the total cost to acquire the painting and keep it permanently at its original home for the nation.

In addition to the fundraising appeal at Ightham Mote, the Trust is making approaches to public bodies, private donors, charitable trusts and other organisations. 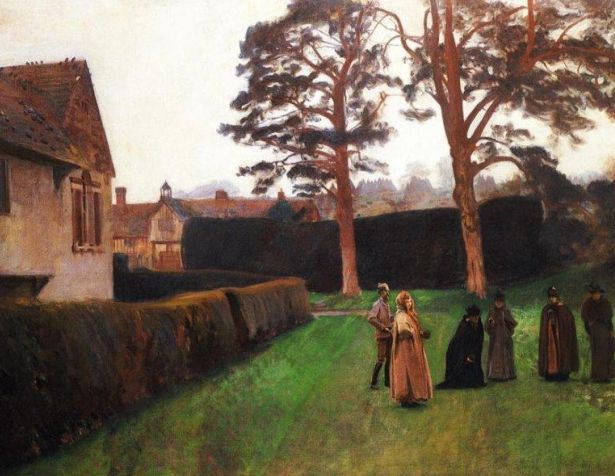 Bernadette Gillow, General Manager at Ightham Mote, says “We have an exceptionally rare opportunity to restore a period painting that features Ightham Mote to the location in which it was painted, the view of which has little altered today. It would significantly enhance our collection – which is compiled mainly of non-indigenous objects – and enable us to explore a lesser-known period in the Mote’s history.”

As well as paving the way for Ightham Mote to explore new and different stories of its past, the work is significant for the National Trust’s own story at the moated manor.

The Palmers’ residency and Sargent’s record of their time there represents Ightham Mote’s first known connection to the United States, later to be echoed by the purchase of the property in mid-twentieth century by Charles Henry Robinson, who bequeathed it in 1985 to the National Trust.

The acquisition would also be an important addition to the three Singer Sargent paintings currently in the charity’s national art collection.

Richard Ormond CBE, grand-nephew of John Singer Sargent, adds, “The opportunity to bring this exceptional picture back to the place where it was painted is too good to miss. It is a record of a place and its occupants at a particular moment in history, it is strong in atmosphere and character and it is a remarkable work of art.”

It’s easy to support the appeal. Ways to donate include:

Summer activities and events at Ightham Mote will also help to support the appeal. These include a chance to play bowls on the North Lawn as captured by Sargent all those years ago.

Find out more about Ightham Mote’s summer events at https://www.nationaltrust.org.uk/ightham-mote/whats-on

Whitstable Oyster Festival relocates to the Tankerton Slopes for 2017