So you’re coming to Kent this summer, have you been to the county before?

I have been before, I’m looking forward to coming back. I have a good friend who lives in Canterbury. 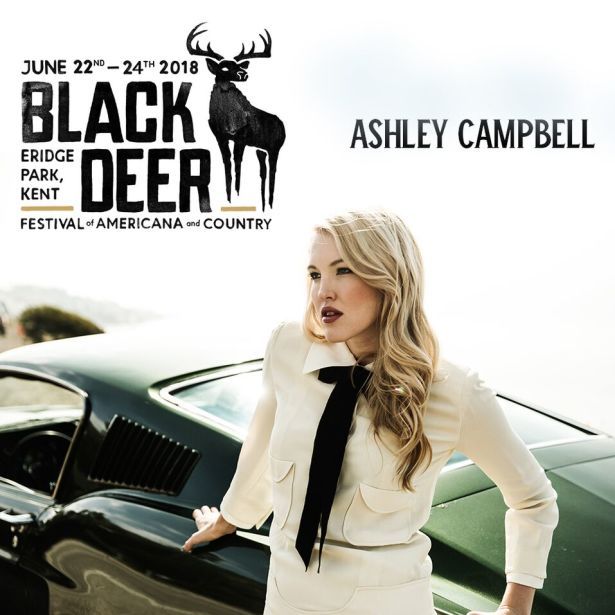 What do you think to Canterbury?

Oh, it’s gorgeous. I love it there. When I came last time we hang out in the Old Butter Market pub and my friend took me to the Chocolate Café there. It’s such a historical and beautiful city.

You’re going to get a different taste of Kent this summer, are you looking forward to it?

Sure – it’s going to be stunning. I’ve never been to Tunbridge Wells before. But the whole festival is going to be amazing.

Do you hope Black Deer will help push Americana and Country more into the mainstream in the UK?

I think it will, it’s great. There’s so much going to be going on there, so much music but I love that they’re trying to create a little picture of The South (USA) over here in Kent. They’re going to have smoky whiskey and barbeques – I think it’s so cool. I love all the bands and artists who are going to be performing. The closest taste of Nashville than being in the city.

Have you performed with many of the bands or artists before?

What do you think about Kiefer Sutherland – a big TV and movie star now playing country?

I’ve not really had the chance to catch up on his music, but I knew he’d got this music project going on. I’m really excited to hear it and hopefully will catch up with him at Black Deer. I’ve always enjoyed his movies and acting. 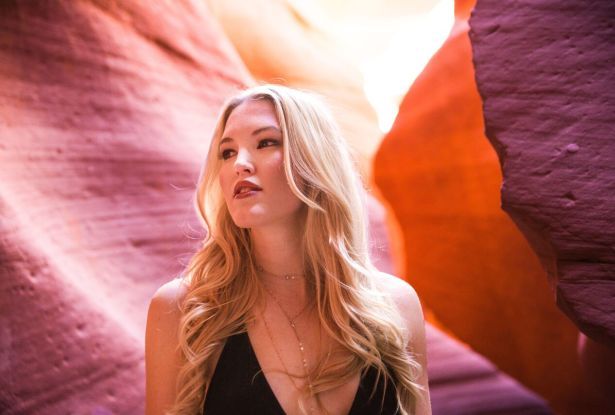 Your new album has recently been released in the UK, you must be delighted?

I’m so excited that people can finally hear my music, I’ve been working on it for so long. I’ve also been playing shows for a long time. I was at C2C two years ago and you know it’s hard to play shows and not have any music for people to listen to. So I’m glad it’s finally happening.

You’ve worked with your brothers on this album too?

I’ve co-written one of the songs on it with one of my brothers and the whole album I co-produced with my other brother, so it’s been a bit of a family affair – I love working with my brothers.

Your father (the late Glen Campbell) must have been a great influence on you?

Yeah – I mean just watching my dad was like a master-class, he was just such a natural on stage.

How would you describe your album – does it have a good mix of sounds?

The album’s got a great personal feel, some real personal experiences. I take inspiration from my personal life when I write songs. It’s kind of like a vast array of emotions. The album is entitled The Lonely One and I think all of the songs show a different colour of lonely. A few of the songs are about love, but there’s a great sense of independence about the songs too. I believe there’s an independence about being lonely, there’s a positive thing. You know – you can take care of yourself, you’re strong and confident on your own.

Do you think more people should take time to be alone, because it’s actually a positive thing?

Yeah, especially when you do find someone it makes it all that much more special because you’re a whole person on your own and you bring that to the relationship.

How would you describe the sound you’ve created?

There’s aspects of pop, there’s classic country and some Americana vibes going on and I’ve also got a bluegrass banjo instrumental as well, so it’s a great mix – I’m really proud of it. 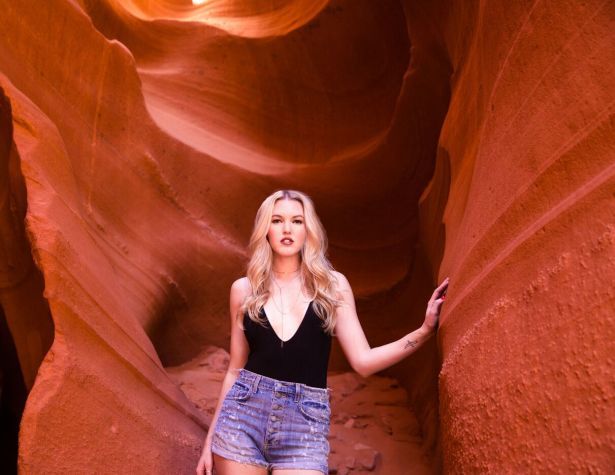 It’s come at a time when there are some big artists venturing into country and Americana like Justin Timberlake, Ed Sheeran and Kylie Minogue which is really helping to wake up the UK to the great taste of country?

I’m so pleased that more and more people are starting to listen to more country music over here in Britain. There’s more opportunity to experience country and Americana live especially with Black Deer launching this summer. It’s a real celebration of everything I love about country – it’s awesome.

For people who don’t know what Americana is – how would you describe it?

You could say it’s quite acoustic but there’s also plenty of electric guitars too. It goes back to storytelling at its heart. When I think of Americana I think of home-grown, I think real-life experience – nothing fluffy.

Which are the standout tracks on The Lonely One? Do you have your favourites?

My favourites are the title track – The Lonely One and the final song on the album – Nothing Day – this is my real favourite. I also love Better Boyfriend – but it’s hard to choose. I hope people find something on the album that really connects with them. I’m pretty proud of it and can’t wait to perform it this summer in Kent.

You put your career on hold to care for your dad, but you’re going for it now – are you ready?

My career’s going to take hard work no matter what, but I’m ready for it and I’m willing to work very hard to make it happen. I can’t wait to play as many shows as possible.

It must be tough launching everything without having your dad to see it happening?

Yeah definitely, it’s really not what I expected. It’s not ideal – I miss him a lot. But you know – you have to go on.

What would you say was the one thing that your dad had an influence on for you?

I would say his musicianship, it was such a prominent thing for me. So now I’m making each song has intricate musical parts and melodies and things that really make a song stand out.

Do you have one piece of advice for anyone who’s hoping to begin a career in country music?

I’d say – stay true to yourself. Do what inspires you, not what you think others will want to hear. Do something that you want to hear.

Finally – when people come to see you at Black Deer in June, what can they expect to see? What’s a typical Ashley Campbell performance look like?

I’m so excited about Black Deer, it’s going to be amazing. I’ll be playing most of the songs from my album and probably some covers too. It’s gonna be a whole lot of fun. I’m really looking forward to meeting some of the fans too.

A Taste of Dickens