Joe Brown at The Assembly Hall – For One Night Only! 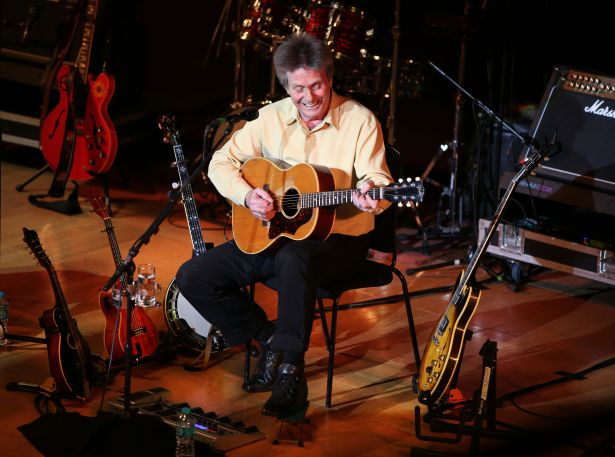 His Very Best Of album achieved a Gold Record for a massive 120,000 sales and was on the UK charts for eight weeks, staying four weeks in the Top 20. In the same year his 50th anniversary was celebrated with a wonderful sell-out show at the Royal Albert Hall.  His new CD, The Ukulele Album, caused a similar stir and due to its success a deluxe version was later released.

Joe has continued to break box office records and recently received MOJO magazine’s coveted Outstanding Contribution To  Music Award as well as a much deserved MBE.

You may have seen Joe performing on Later With Jools Holland or at the cinema playing his part closing the show at the Concert For George Harrison. You may have witnessed his critically acclaimed set at Glastonbury Festival or caught him on tour. If you have you’ll already know just what a terrific live talent he is.

Joe, with his five piece band will be on stage all evening, and the musical styles incorporated into this new show are as unique as the man himself.

Packed with timeless classics, rockabilly, gospel, country, folk and rock ‘n’ roll, all interwoven with Joe’s effervescent delivery and humorous reminiscences, this sensational show is a musical journey not to be missed.

Roses Are Red, Violets Are Blue, Next Lingerie Collection Is Perfect For You!

Joe Brown at The Assembly Hall – For One Night Only!