Joe Pasquale, who is playing the role of Muddles in The Orchard Theatre’s pantomime this year, took part in a press launch along with Ceri Dupree (Dame Dolly Diamond) and Rachel Stanley as (The Wicked Queen) on Wednesday 28 September at Hall Place and Gardens. Photos were taken outside The Great Hall as well as in the beautiful topiary Gardens. The cast was also delighted to be joined by the Mayor of Dartford, John Burrell and the Mayor of Bexley who both posed for photos handing over their Mayor’s livery collar. 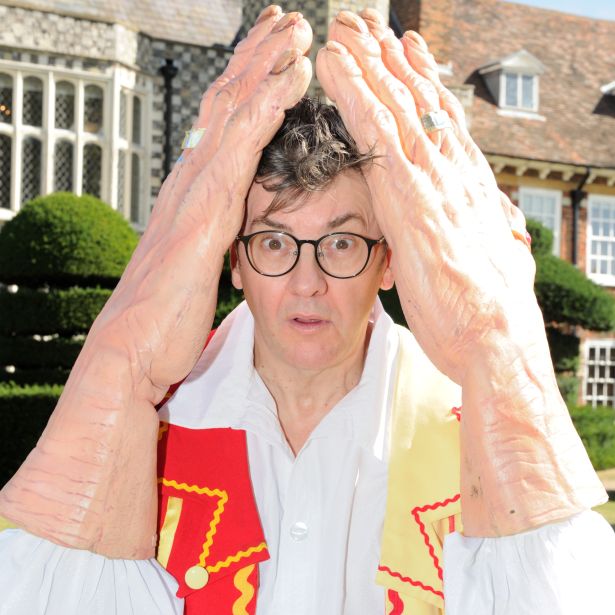 Comedian Joe Pasquale has continued to delight audiences with his live stand-up tours for almost 20 years.   Along the way he’s voiced characters for Hollywood movies Garfield:  A Tale of Two Kittens; Horton Hears A Who!  Children’s television animation – Frankenstein’s Cat and starred in The Muppets’ 25th Anniversary show.

Since winning I’m A Celebrity, time has not stood still for Joe, one of the hardest working and top-selling live comedians in British comedy today.  Joe followed his I’m A Celebrity win by hosting his own ITV special An Audience with Joe Pasquale, which enjoyed ratings in excess of 9 million viewers!  Joe also went on to host the long-running television series The Price Is Right for ITV and at various times guest hosted the Paul O’Grady Show for Channel 4.

Ceri has been delighting audiences worldwide for almost 30 years! His unique talents have taken him through musical theatre, pantomime, summer season, television and cabaret. There isn’t an audience, age or type that he hasn’t played to. He has performed at various major and esteemed venues throughout England, Ireland, Scotland and his birthplace, Wales, with numerous appearances at hotels such as the Savoy, the Dorchester, the Churchill, the Landmark and Claridge’s. 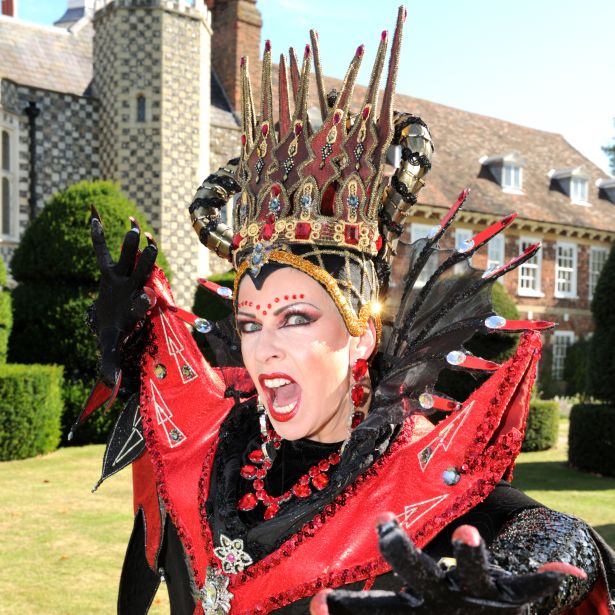 Rachel’s most recent theatre credits include Legally Blonde at the Leicester Curve and South Korea and Mrs Meers in Thoroughly Modern Millie at Kilworth House.  She has also starred as the female vocalist in The Songbook of Judy Garland (UK tour); Betty Haynes in White Christmas (Dominion 2014 and seasons in Edinburgh, Manchester, Plymouth and Southampton); Grace Farell in Annie (New Zealand tour and UK tour); Gill in Jackie the Musical (Gardyne Theatre, Dundee); Josie in Steaming (UK tour); Tess in Crazy for You (Regent’s Park Open Air Theatre.

Snow White and the Seven Dwarfs is staged by Qdos Entertainment, the largest pantomime producer in the world and the team behind the Theatre’s record-breaking panto successes. With over 30,000 theatregoers attending the pantomime at The Orchard Theatre each festive season it’s never too early to book!

The Orchard Theatre’s Theatre Director, Chris Glover said ‘After the huge success we had last year with Shane Richie, I’m delighted that we will be welcoming this wonderful trio of talent to The Orchard Theatre.  We couldn’t have wished for a more entertaining team and I’m starting to get excited for Christmas already!’

To book your seats for this year’s sensational Orchard Theatre pantomime, which opens on Saturday 10 December, visit orchardtheatre.co.uk or call the Ticket Office on 01322 220000. 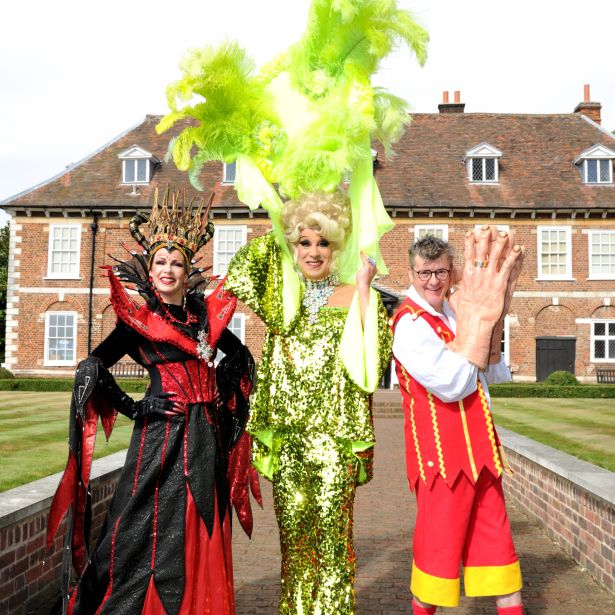