Kent-based artist Linda Simon combines her love of technology with her passion for art to create beautiful, skilful pieces that are as playful as they are fascinating. 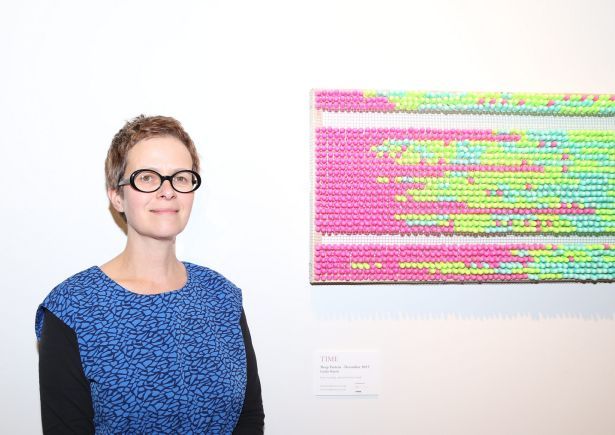 How would you describe your art?

I use everyday items to create objects and installations that deal with the process of transformation. Sometimes I use self-tracking apps and wearable tech to capture data about myself which I then extract, sort and re-imagine as an aesthetic form. I’m interested in our relationship with digital technology, especially the proliferation of ‘big data’ that is generated with every online interaction. Other inspiration comes from numbers, data and the desire to find order and pattern such as in the recent jigsaw ‘arrangements’.

What made you want to be an artist?

I was working in the IT sector (no surprise there) feeling stressed and disillusioned. I’d dabbled with drawing and stained glass at evening class and wanted to take it further so enrolled on an Access course at UCA which was intense but brilliant. I learnt so many skills and from there progressed to a Fine Art degree graduating in 2013 after six years of part-time study. I love the freedom of being an artist. There are no rules – only those you create for yourself.

What is your favourite piece?

“Equivalent VIII” which was made as a homage to one of my favourite artists, Carl Andre. It comprises eight different QR codes made from brown and white sugar cubes. All of them are functional QR codes and when scanned with a smartphone they each read “Equivalent VIII”. The Tate acquired the original “Equivalent VIII” in 1972 and it caused an outcry at the time as it was made from household bricks and deemed a waste of money. It was quite fiddly to make and I wasn’t sure until each code was completed whether or not it would actually scan – luckily they all did. The sugar cubes are a reference to the Tate gallery which was funded from money donated by Tate & Lyle. 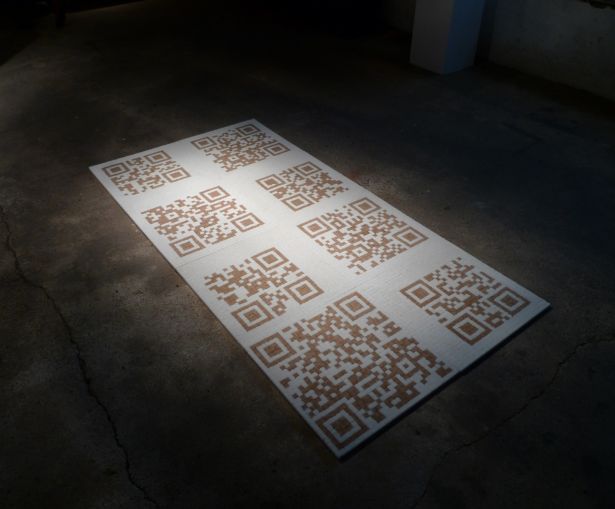 You’re clearly interested in technology. Do you think that art and technology can happily mix?

Yes, of course, and there are many arts organisations who support and provide a platform for arts and technology. As technology evolves so will the potential to create new and exciting art forms.

Is it the art or the tech that comes first when thinking of a new design?

It’s a mix of both. I’ve got a whole studio full of weird and wonderful experimental materials – teabags, floppy disks, sweets. It can take months or years for me to find the perfect use for a particular material. For instance, “Sleep Pattern (December 2015)”, which documents my sleep during the course of one month, uses different coloured earplugs for periods of awake, light and deep sleep. I first had the idea to use earplugs years ago after I started wearing them to block out my partners snoring. It was only this year when I was making a piece responding to the theme of Time and decided to record my sleep data that it all came together. It’s so satisfying when you get that ‘lightbulb’ moment and the perfect relationship between subject and material clicks.

You’ve worked collaboratively in the past – can you tell us about those pieces?

Collaborating with other artists is a great way to move outside your comfort zone and inject new ideas into your practice. “Boxheads”, a collaboration with Ruth Payne, originated after working together at a paper/thread workshop. We fashioned a box from wallpaper and wool and later developed this into a short performative act where we undertook to complete a simple task to music, whilst wearing the box on our head. I guess you could say it’s another form of transformation. 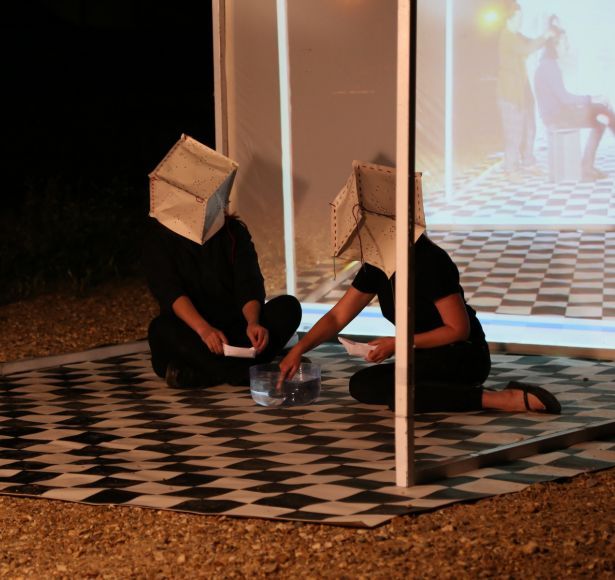 Are you planning any more collaborations?

We are working on more “Boxheads” performances. It’s difficult to put into words how the performance made us both feel but it’s a feeling I know we’d both like to capture again.

There is a collaborative drawing project in the pipeline with five other artists and an exhibition coming up in May at the Pie Factory in Margate where I will be showing new work with artist, Shirley-Ann Galbraith.

Seeing my degree show piece “Ctrl” hanging in the Turner Contemporary gallery at Margate. I was one of seven graduating artists selected to show my work as part of the Platform Graduate Showcase.

Where can we see your work?