There is more to papier mâché than school art lessons full of old newspaper and wallpaper paste. Much more. Papier mâché is a wonderful, exciting, and altogether beautiful medium in which artists Justin Mitchell and Emily Firmin of Total Pap love to work. We spoke to Total Pap about how they came to be, and their plans for the future. 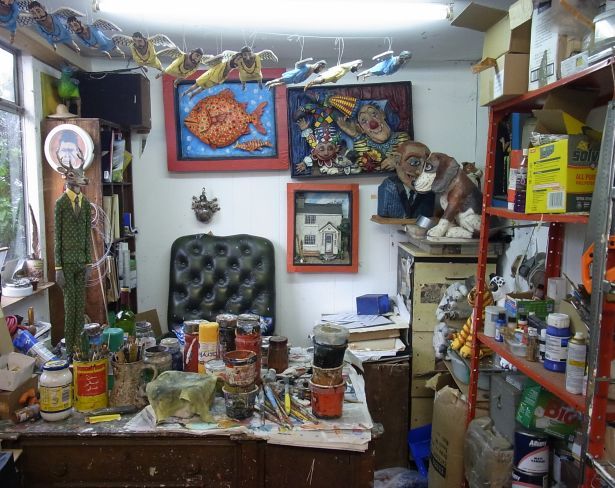 We make three-dimensional papier mâché wall-mounted pictures, freestanding sculptures, automata and ceramics among other things. Subtly autobiographical, we lean towards humour, but try to incorporate an element of peculiarity.

How did you become artists?

Emily is from the Firmin dynasty of artists. She grew up in a creatively prolific environment in Blean where Peter, her father, and Oliver Postgate worked on The Clangers, Bagpuss and much more. Emily’s mother, Joan, was a bookbinder and each of her five sisters are artistic in one way or another.

I had always enjoyed drawing at school and harboured ambitions to go to art college, but my slightly pretentious efforts were rewarded with an ungraded result, which was a bit of a knock back! I started playing music in bands. Around that time I met Emily, who had studied graphics B-Tech at Canterbury College of Art, but had just finished a graphics film degree at Central St Martins. 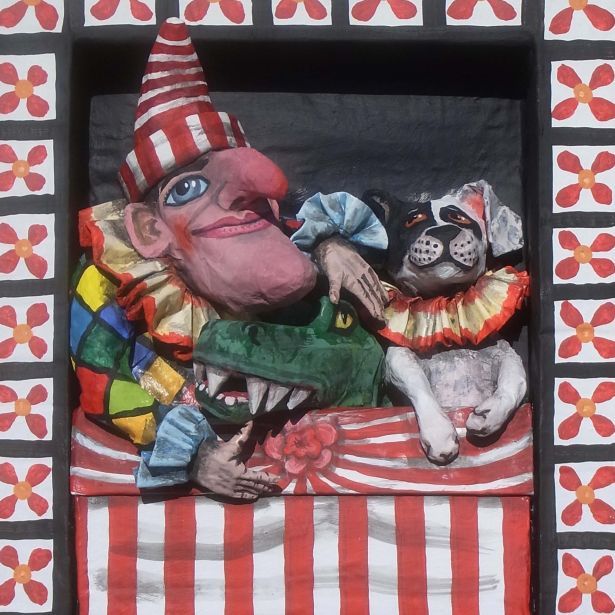 We were both out of work and applying for jobs without much success, so Emily suggested we have a go at making some papier mâché things for a bit of entertainment (having done a bit at college and home). At the time we were living with Emily’s sister, Josie, in Holborn. She liked the work and suggested we tried selling them at Camden Market. This was the recession of the early 90s and Camden Market was expanding at a rate due to the amount of people turning their hand to market stalls to earn some money. Fortunately for us they had just finished building the Victorian Craft hall next to the lock and took a shine to our stall. It was hard work, but Camden was great place to meet people and open doors.

Who or what are your artistic inspirations?

What are your favourite subjects when it comes to creating art?

For Emily it’s dogs and cats doing impossibly human things, Punch and Judy, frogs, chameleons, weevils, lemurs, bushbabies and the like. For myself it’s tall, freestanding anthropomorphic figures, pictures with impossible perspectives, automata, humans being daft, and I really quite like doing commissions of houses too. 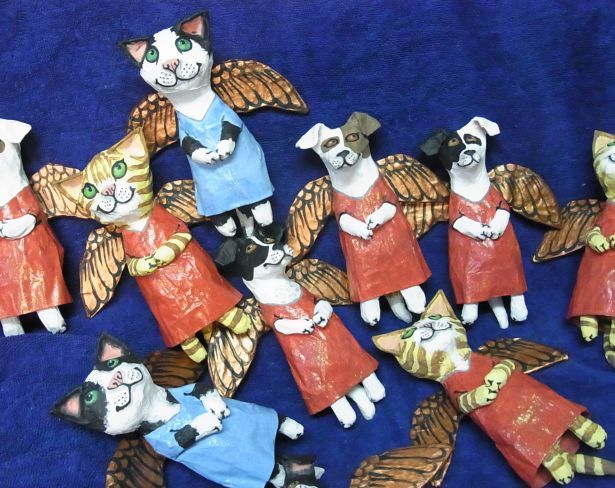 How does your partnership work in terms of your art and ideas?

We both work on our separate pieces but often together in the same space, referring to each other for ideas, colours and so on. We do large projects together, like the Whitstable Oyster Festival parade, or decking out pubs for the very inspiring John Rogers design group, The Jolly Postie at Royston, or The Kingfisher on the Quay in Mytchett, Surrey to name a few. If it’s a larger job, then Emily and I will work on it together, usually starting off with a selection of disparate ideas discussed heatedly and involving fruity language, but always culminating in a mutually pleasing end result.

That would undoubtedly be the Royal Mail postage stamp that we created as part of the ‘Greetings’ collection. Our stamp not only joined images by Rodin, Lowrie, Eric Gill and Beryl Cook among others, but our clown image was used to promote the collection in post offices around the country. 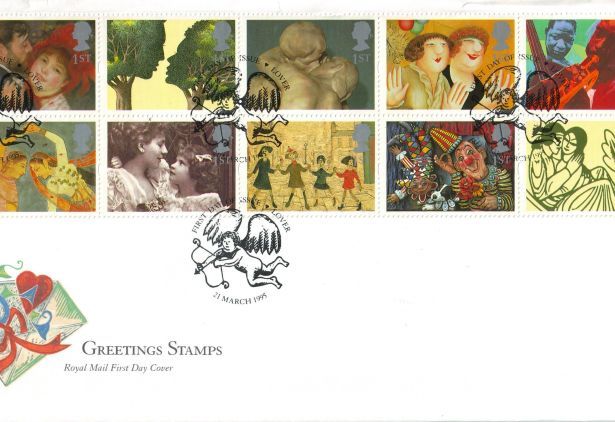 Where have you exhibited your work?

One day at Camden Market a large and very enthusiastic man turned up at the stall and told us that he had taken down the old pictures in his pub and wanted us to fill the place with ours. The Three Kings of Clerkenwell became a permanent venue for us for many years, hosted by the wonderful John Eichler, former proprietor of the Hope and Anchor in Islington during its glory days as a popular music venue in the late 70s and 80s. The Kings was often frequented by media workers from The Guardian just around the corner and other interesting people. We got some good exposure there and picked up our working name – Total Pap.

We have had many exhibitions around the country over the years including The Mall Gallery, the Towner, The Bede Gallery, The Beaney, many more, and a couple of shows abroad.

In 1993, we moved back down to Whitstable and started exhibiting in Cafe des Amis du Mexique at the Westgate Towers, Canterbury, and have been selling our pictures from there ever since; it’s still one of our favourite places to eat. Also, we take part in the Whitstable open house event every year as part of the Canterbury Festival in October.

Our work is available to buy locally from: Cafe des Amis, Canterbury, Seagulls and Flamingos, Whitstable and Lovely’s Gallery, Margate. 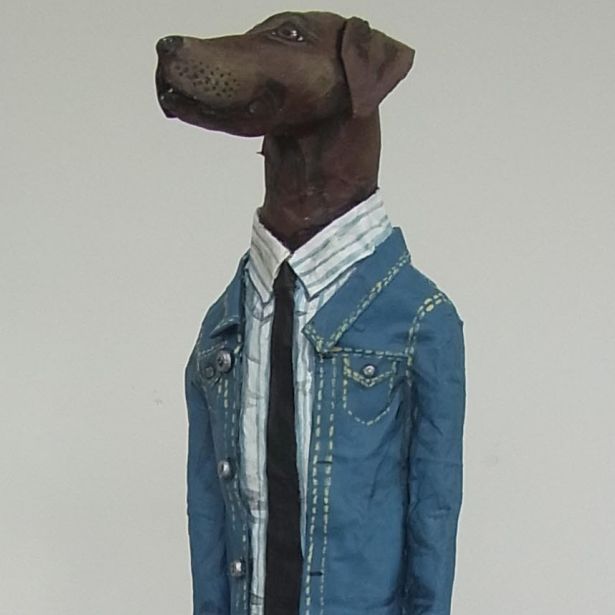 What does the future hold for you?

That is an unsettling question, but we have some nice events to look forward to! We have exhibited the moving pictures at automata shows alongside some fantastic makers, and in September 2018 we will be exhibiting at Paul Spooner’s 70th birthday show at the First Gallery in Southampton (dates to be confirmed). We are also exhibiting at the Michelin star award-winning restaurant and pub The Sportsman in Seasalter from the 27th August to the 14th October 2018. We would love to have a larger work space so it’s likely that will be a feature, I’m sure.