Let It Be At Chatham Docks

On Friday 10 June the biggest ever tour of The Beatles’ celebration show LET IT BE visited Chatham Dockyard to paint their submarine yellow! 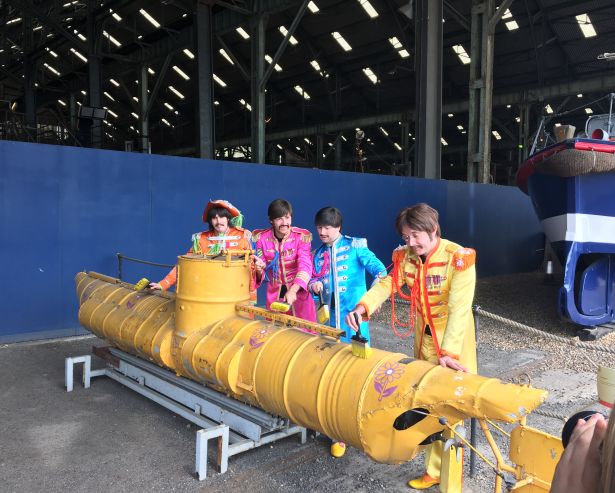 Ahead of the 50th anniversary of the release of the 1966 single Yellow Submarine, LET IT BE cast member Paul Canning (John Lennon), Iain Hornal (Paul McCartney) John Brosnan (George Harrison) and Luke Roberts (Ringo Starr) got out there paint brushes and painted the Chatham Dockyard’s very own model of Russian Victor class submarine, built for the 1988 James Bond Film – The World Is Not Enough.

The Fab Four took a break from their seven-month tour and donned their colourful Sergeant Pepper costumes specially to visit Chatham Dockyard, where after a Magical Mystery Tour of the attraction they also found Dartford’s very own model ‘Yellow Submarine’.

This the biggest ever tour of LET IT BE. The tour started in January, and so far the Fab Four have performed more than 150 shows for audiences of almost 100,000 music fans, young and old, across the country.

LET IT BE audiences can look forward to a show lasting more than two hours bursting with timeless hits, showstopping sets, dazzling costumes and a brilliant performance which fans will never forget. The show also continues to attract theatregoers and fans of live music, alongside the most dedicated Beatles’ enthusiasts.

The Beatles are music history’s greatest ever worldwide phenomenon, which is celebrated in abundance by the LET IT BE. The show is packed with over 40 of The Beatles’ greatest hits including She Loves You, Yesterday, Hey Jude, Come Together, Help!, All You Need Is Love, Penny Lane and, of course, Let It Be. Travel back to the Swinging Sixties when all you needed was love, and a little help from your friends!

The show has already wowed London’s West End and New York’s Broadway audiences, and completed a five-week run in the birthplace of the biggest band in the world, Liverpool.

Now seen by almost two million people worldwide, LET IT BE continues to delight audiences across the globe, having wowed audiences in Germany, Japan, Moscow, France and Korea. 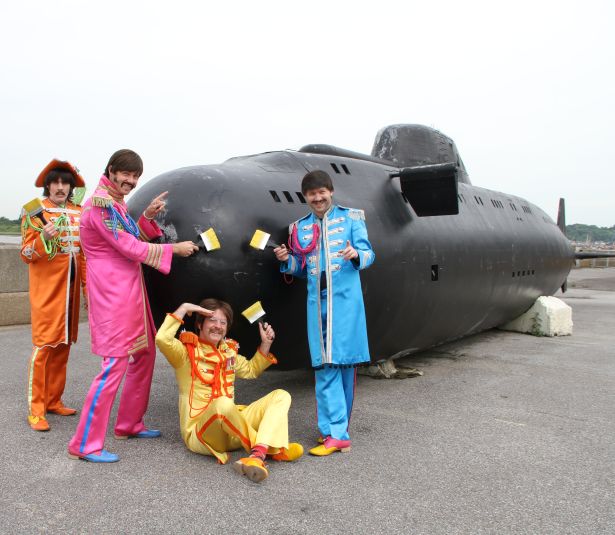 The Historic Dockyard Chatham is a remarkable place.  It is a place that lets you explore a complete dockyard from the heyday of the age of sail and beyond. It’s a unique destination that celebrates Great Britain’s magnificent maritime past and its command of the oceans.  It offers unrivalled access to ships that helped shaped the world, and the stories of the people who made them. It’s a place of fun and fascination. Of surprising discoveries. Of stirring tales of boldness and daring. A place like no other.

The show will be at The Orchard Theatre on Monday 27 June – Saturday 2 July. Pre-show dining is also available before the show. The Orchard Theatre’s Restaurant provides a delicious range of, unique and memorable dishes, using the freshest local produce and prepared daily by the Head Chef.  Reserve your table when booking your show tickets.

Pop Up Park opens to visitors at Westwood Cross

Let It Be At Chatham Docks