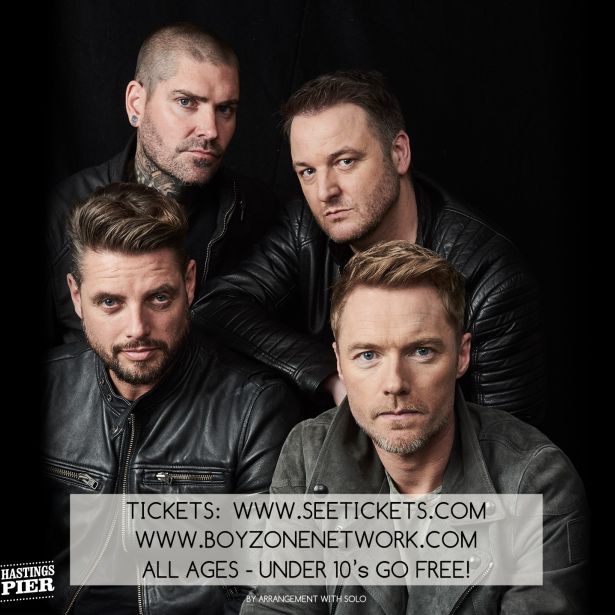 Reuniting for their 25th Anniversary, this show will be nothing short of spectacular as they perform their greatest hits including ‘No Matter What’, ‘Love Me For a Reason’, ‘Words’, ‘Father & Son’, ‘All That I Need’, ‘Isn’t It a Wonder’, ‘Baby Can I Hold You’, ‘Picture of You’, and many, many more.

With twenty five million record sales, seven hit studio albums, six number 1 singles and hundreds of thousands of ticket sales to their name Boyzone are without a doubt one of the most successful boy bands of all time!

Under 16s half price / Under 10s go free (with accompanying adult) 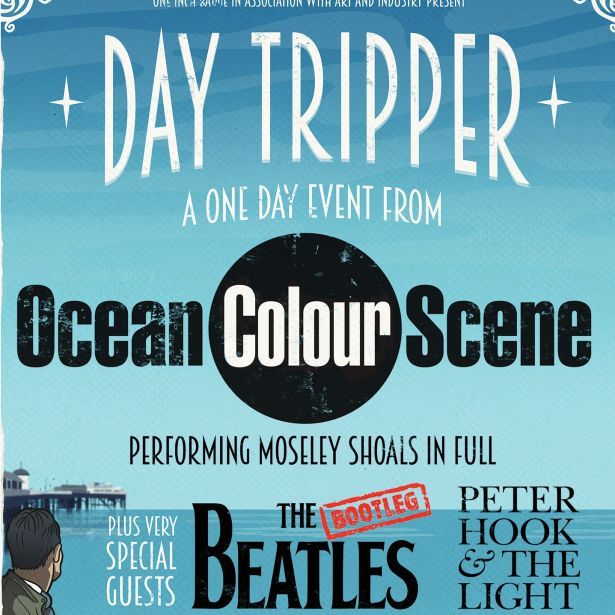 DAY TRIPPER is a unique one-day open-air event on Hastings Pier curated by OCEAN COLOUR SCENE themselves and will see the band perform their seminal 1996 breakthrough album Moseley Shoals in full plus a selection of their greatest hits.

Joining them on this special bill will be the hugely successful and longstanding Beatles tribute THE BOOTLEG BEATLES and Joy Division and New Order bassist Peter Hook’s band PETER HOOK AND THE LIGHT who will be performing the greatest hits of his illustrious career.

Under 16s half price / Under 10s go free (with accompanying adult)

The history of Hastings Pier is one of love and tragedy, originally opened in 1872 it’s had many lives, including an iconic period in the 1960s where the pier quickly became one of the most important venues on the touring circuit, playing host to The Clash, Jimi Hendrix, The Who, Nico, Siouxsie and the Banshees as well as the location of Syd Barrett’s last ever show with Pink Floyd.

Damaged by the infamous storms in 1990 and closed to the public between 1999 and 2002, while it did re-open briefly it was finally closed in 2008. Efforts continued to raise funds to save the pier but in October 2010 it was dealt a devastating blow when a fire destroyed 95% of its superstructure. Unlike the iconic Brighton West pier, however, structural surveys concluded that the cast iron Victorian-era sub-structure was salvageable. Six years later the final works of the £14.2m refurbishments of Hastings Pier were completed and the pier re-opened in May 2016.

One Inch Badge who are presenting the event are the team behind the 2016 Hastings Pier Weekender which saw Dizzee Rascal, Happy Mondays, Levellers, Turin Brakes and more, perform 3 nights of sold out events on the iconic pier.

Sevenoaks School students get creative at Hospice in the Weald

ALL OR NOTHING, THE SMASH HIT UK MUSICAL THEATRE SENSATION, at The Orchard