Teresa Padden-Evans is a local Faversham resident who will be taking part in the Sam Wanamaker Festival at Shakespeare’s Globe on Sunday 3rd April. 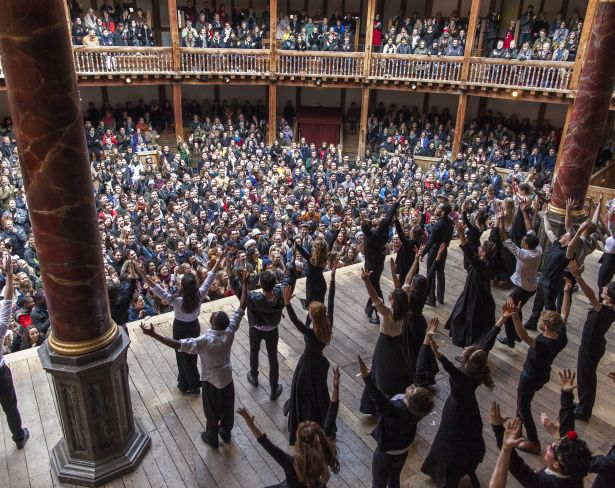 Teresa Padden-Evans, who grew up in Faversham and attended Davington Primary School in Faversham and Chaucer Technology School in Canterbury, will take part in the Sam Wanamaker Festival. The festival is the UK’s biggest celebration of young acting talent and invites 38 students from 19 drama schools to a weekend of training by Globe Education professionals. The students will present scenes by Shakespeare and his contemporaries on the Globe stage to a full house of Shakespeare enthusiasts, students and artist agents. The climax of the Festival will see all the students join together in a finale jig, a Globe tradition since 1997.

Teresa is a student of the Manchester School of Theatre. Speaking of her involvement in the festival, Teresa said: “I feel so privileged and excited to be given the opportunity, not only to perform on the Globe stage but to also work with the Globe Education Experts. I’ve always been in awe of the work produced at the Globe and to be on the stage where such well respected actors have performed is an absolute honour!”

Several past participants of the festival have gone on to receive international acclaim, including Golden Globe and BAFTA-nominated Andrew Garfield, known from The Amazing Spiderman, Never Let Me Go, and The Social Network and Michelle Dockery, best known as Lady Mary Crawley from Downton Abbey.