You may not consider factories and footwear particularly exciting. They may not be your idea of a fun time. But with the musical Kinky Boots, written by Harvey Fierstein and Cyndi Lauper, you’ll change your mind. Once you’ve seen this truly feel-good show with its uplifting story, its cheerful music and its memorable cast, one mention of an assembly line and you’ll be humming the tunes to yourself all day long. 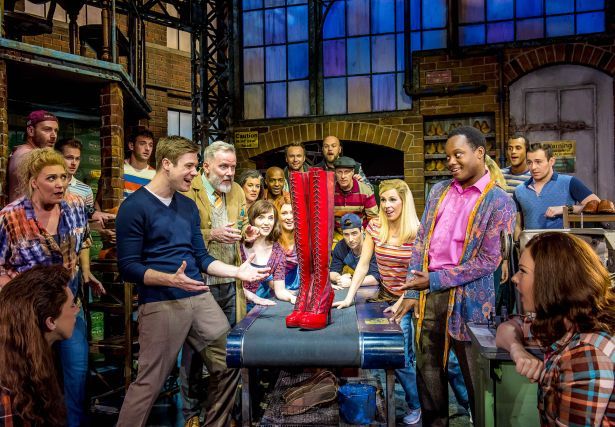 Kinky Boots is based on the true story of a failing footwear factory and its loveable, loyal employees. Our hero, Charlie Price, longs to get away from the Northern town in which he has lived and worked all of his life, so he packs up, leaves his job as Price and Son’s manager, and heads to the sparkling, twinkling, lying lights of London. But Charlie’s father dies, and he finds that he is drawn away from London’s lure back to where he started. Only this time, the factory isn’t doing so well, and it might be that closure is the only option.

A chance encounter with a drag queen named Lola changes everything. Could handmade women’s boots made just for men actually be a successful business?

And therein lies the premise of this funny, tear-jerking, funfest of a show.

Cyndi Lauper is a great choice as a composer for the score for Kinky Boots. We know her as a loud, brash, say-exactly-what-you-think kind of person, and that magnetic and raucous personality is clearly evident in the big numbers that sail out into the audience like a big, happy rainbow cloud of joy. But she really excels in the quieter moments, showing a sophisticated range of emotions that takes the audience through the outer layer of camp and glitz into the real people behind the makeup. 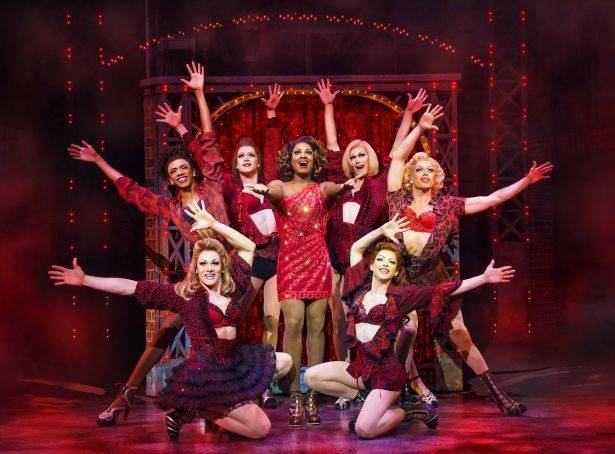 The characters in this kind of show would be so easy to get wrong. Caricatures or stereotypes that are enjoyable but ultimately flat is the easy way to go, but it’s not the way of Kinky Boots. Here we have well thought out characters who are neither entirely good nor entirely bad, but are just something like the rest of us – a little mixed up, a little bit tired, loving and protective and wanting to make the best of life. That’s them. That’s us. Which is why, when we watch Kinky Boots, we can understand the plight, and the reactions. We can understand the need to do whatever it takes to get where we want to be.

And of course, we’ve all wanted to dance in perfect time along a moving factory conveyer belt, haven’t we? Well… haven’t we?

Dancing aside (although it is pretty spectacular), there is amazing singing, the storyline is a great one, with enough twists and turns to keep the audience’s attention, despite knowing – and it’s nice to know this – that it will all end happily, draggily ever after (give or take), and the music… the music is a neverending cascade of newfound classics. Kick your feet up and enjoy.