The much-loved author has written more than 130 books, including War Horse, which was made into a play by the National Theatre 10 years ago and recently started a national tour at the Canterbury venue. Michael has strong, personal links to the city: his parents met and fell in love while acting together at the old Marlowe in 1937, he went to The King’s School, and later taught at nearby Wickhambreaux  CEP School.

The Creative Opportunities Fund brings community to the heart of The Marlowe’s programme. More than 4,000 people have benefitted from it since the theatre opened in 2011, including 25 schools each year. Initiatives include bursaries to the venue’s acclaimed youth theatre, tickets for schools, and workshops with professional artists.

Michael said: “It gives me enormous pleasure to become Patron of such a worthwhile cause. As a former teacher, and now a storyteller, I passionately believe in the power of theatre to transform the lives of many, but especially children. 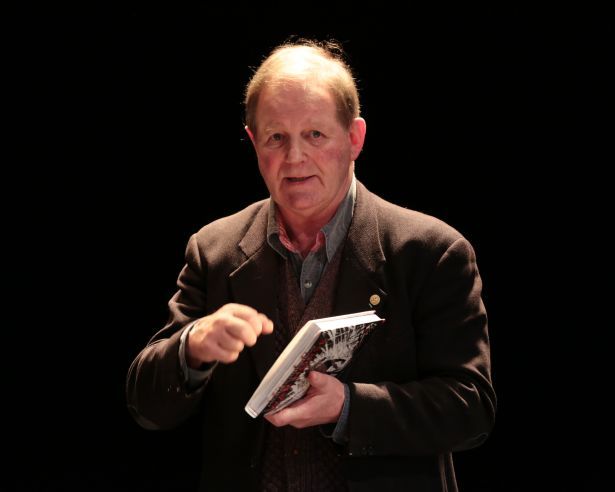 “Whatever we become or whatever we achieve in this life, we only do it with the help and inspiration of others, our benefactors. The Creative Opportunities Fund has the power to be a great benefactor.”

Theatre Director Mark Everett welcomed Michael as Patron, saying: “I can think of no one better than this great, inspirational man to head our Creative Opportunities Fund. With his support, I know we can raise even more money to give children and others the chance to experience theatre: to take part, learn, experiment and be inspired.”

More than £40,000 was raised for the Creative Opportunities Fund at an event at Dover Marine Station on Monday. Taking part were students from Canterbury College, Ethelbert Road Primary School, Faversham, Simon Langton Grammar School for Boys, Canterbury, The Duke of York’s Royal Military School, Dover, and Wickhambreaux CEP School, re-enactors from The Queen’s Own Royal West Kent Regiment, P&O Ferries Choir, and War Horse’s Joey and Song Man. The Marlowe’s community production Return Of The Unknown will be held at the station in Armistice week, 2018.

Snowdogs to be unleashed in Ashford