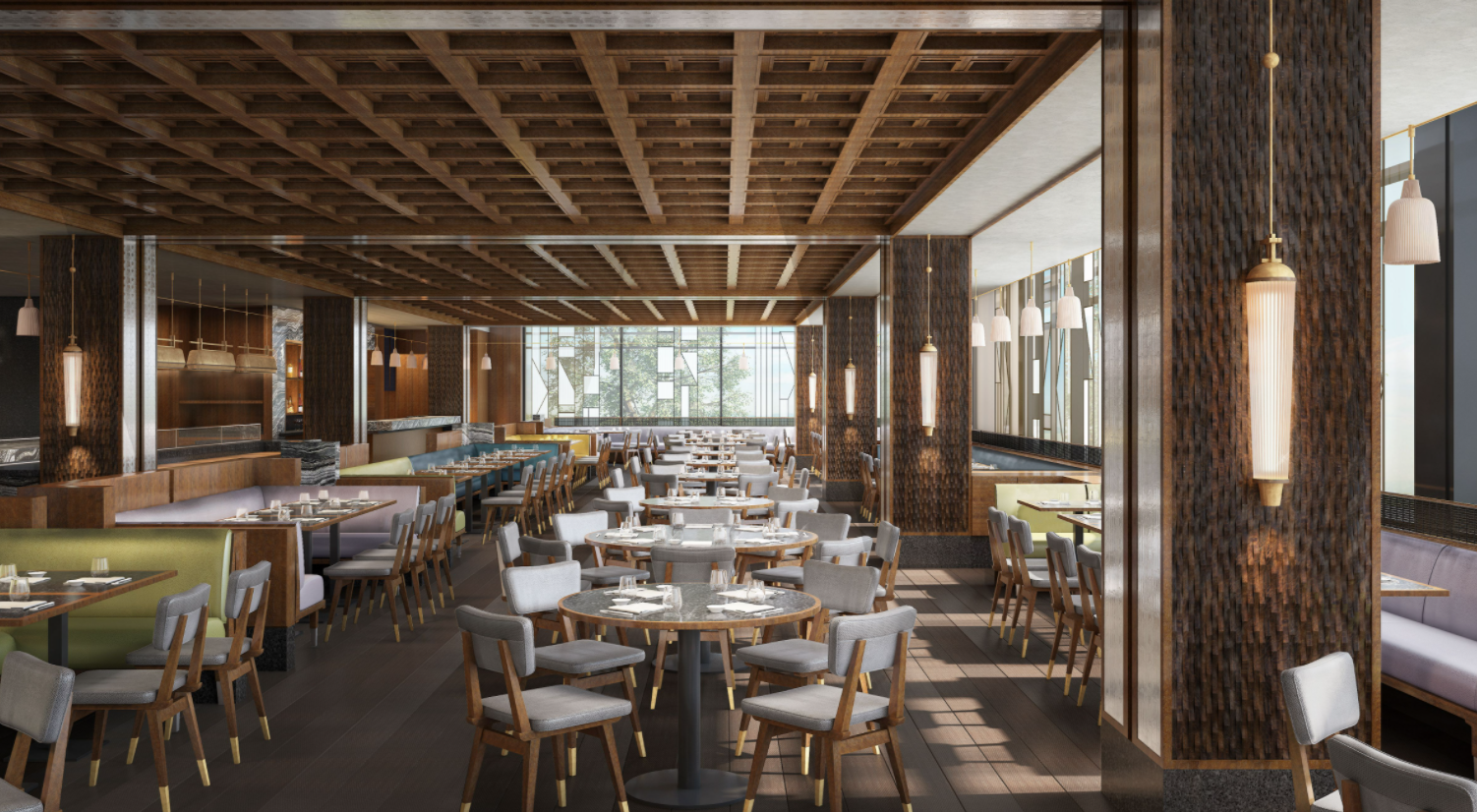 Nobu Restaurant at Nobu Hotel London Portman Square is launching its bookings in October, ahead of opening its doors on 1 December 2020. The 470 square metre space will host 192 covers, including an eight-seater Sushi Counter and a private dining room. The new restaurant sees the iconic Nobu Berkeley Street restaurant move to its new home in Portman Square, Marylebone.

Nobu Restaurant at Nobu Hotel London Portman Square will deliver a handcrafted approach to cuisine and service, created by renowned chef Nobu Matsuhisa. Guests can expect to try a host of Nobu signature dishes – including favourites such as Black Cod Miso and Yellowtail Sashimi with Jalapeño – as well as a selection of specially-created new recipes from the Portman Square team. Nobu’s famous Omakase multi-course tasting menu will also be available.

The experienced team from Nobu Berkley Street will be continuing their legacy of exceptional culinary experiences in a new space. Head Chef Joao Alegria will be leading the kitchen team, alongside Head Sushi Chef Junichi Hiyoshi and his assistant chef Go Namerikawa, who between the two of them have worked at Nobu restaurants in London for over 38 years. General Manager, Nicolas Eliso, will be heading up the Nobu Restaurant team. 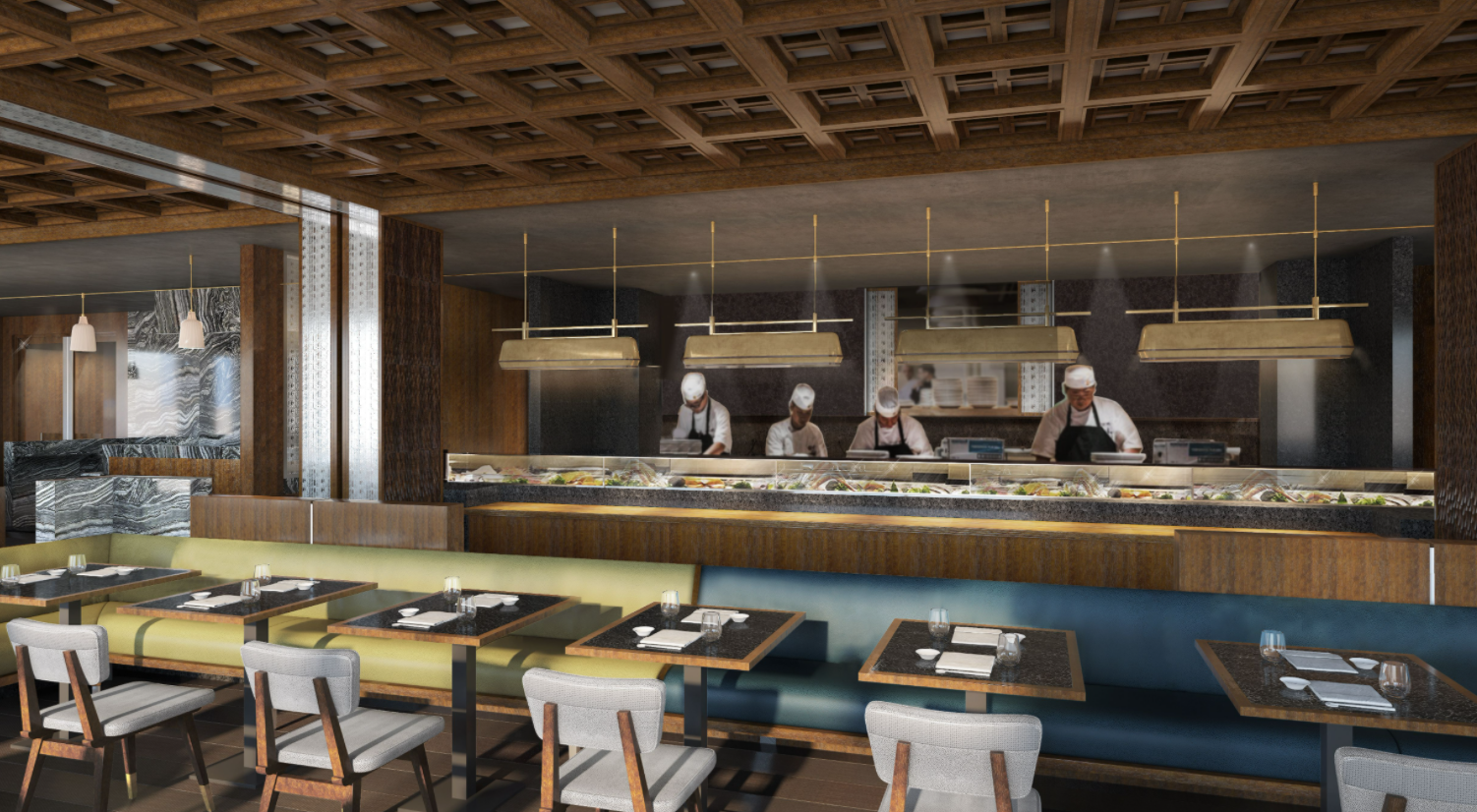 The restaurant team will also be supported by Executive Chef Mark Edwards, who has been an integral part of the Nobu family for over 23 years, and experienced Bar Manager Flavio Carenzi, who will support the Nobu Bar team.

Designed by award-winning David Collins Studio, the new Nobu Restaurant will have floor-to-ceiling windows, with views over Portman Square. It will feature a rich colour palette, based on the Japanese dictionary of colour, with shades of warm yellow, citrus green, cool grey lilac and indigo blue. Banquettes will seamlessly divide the space, creating separate and more intimate settings for each table.

The space will also feature a bespoke glass sculpture, created by renowned craftsman and designer Jeremy Maxwell Wintrebert. The sculptural vase will be perched atop the bar counter, offering additional colour and a unique focal point at the far end of the restaurant.

The Private Dining Room will seat up to 20 covers. The walls will be lined in fabric with navy velvet curtains and a subtle Japanese Boro-inspired patchwork finish.

Nobu Hotel London Portman Square will also feature a Nobu Bar and Terrace. The 70-cover bar will open out to an extensive terrace, which will be open all year round and will accommodate up to 50 covers. The perfect location for a pre-dinner cocktail or post-work drink, the new Nobu Bar and Terrace will serve a shorter menu of Nobu classics.

Also designed by David Collins Studio, the Nobu Bar will feature a dramatic palette of indigo blues and timber screened walls, with Japanese design references, such as rivet details based on traditional Japanese temple doors. The bar will also showcase a selection of specially commissioned pieces of art: a three-metre lighting piece created by South African artist David Krynauw, which will hang across the bar area; and three large-scale canvases that reflect the colour palette of the bar, created by London based artist Julianna Loveday.

Complementing the Nobu restaurant is the hotel’s central hub, The Lounge, will provide another space to enjoy a relaxed drink or bite to eat. Guests can expect an all-day menu, focused on Californian style cuisine – with dishes that are made from local and sustainable ingredients.

The Lounge will accommodate 80 covers and the relaxed seating will provide a great backdrop for lunch meet ups and drinks with friends. The central square bar will be clad in dark timber with traditional Japanese Raku tiles, underneath large-scale linen and alabaster pendant lights.

The adjacent hotel lobby space will have a dramatic high ceiling, from which will hang a kinetic sculpture created by artist Ivan Black. The 5m installation will feature rotating metal fins that cast a subtle effect of light and shade into the room, evoking a sense of theatre.

Nobu Hotel London Portman Square will open its doors on 1 December 2020. The 249-room hotel sits on a prominent corner of Marylebone’s Portman Square and will feature the new Nobu Restaurant, bar and outdoor terrace, plus a 600-person ballroom, gym, wellness facilities and meeting spaces. Reservations for the hotel are now open. 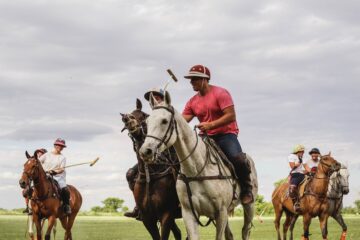 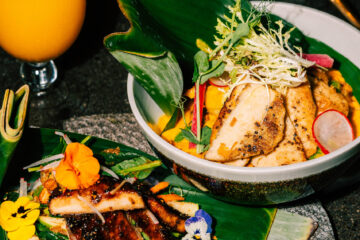