Of Mice and Men comes to The Assembly Hall Theatre

A thrilling new production of the most iconic story in American literature comes to Tunbridge Wells from Monday 26th to Saturday 31st March. Produced by Sell A Door (Flashdance – The Musical, Footloose, Avenue Q) and directed by Guy Unsworth, this classic story comes to the stage.

Written by Nobel Prize winner, John Steinbeck, and previously taught in schools all over the UK, Of Mice and Men tells the story of two migrant ranch workers who dream of owning their own ranch. 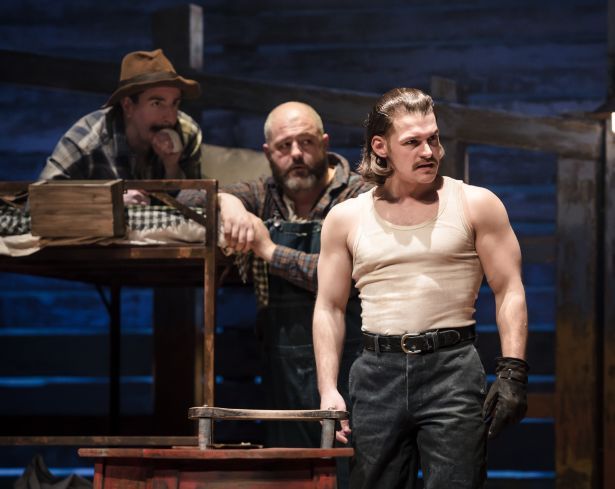 With nothing but the clothes on their back and a dream, the wily and bright George aspires to independence, to be his own boss and most importantly to be ‘somebody’. Gentle giant Lennie, who finds comfort in stroking soft things, aspires to be with George and join him in this idyllic fantasy, but as the saying goes – the best laid schemes of mice and men often go awry.

The pair prepare for work on a new ranch, after Lennie’s misunderstood behaviour forces them to flee their previous workplace. But, with new friendships to be made, contending with the boss’s angry son, Curley, and Curley’s lonely wife who is just looking for attention, can George protect Lennie, or will he have to take matters into his own hands?

Set during the trying times of the Great Depression, when millions were forced to travel in search of a job and their dreams, Of Mice and Men takes audiences to dusty California in a powerful portrait of the American spirit and a heartbreaking testament to the bonds of friendship and what it means to be human.

This brand new production promises a moving story about trying to hold on to your dreams and friendships during fiercely tough times, perfect for those who know the story well, and for those who don’t. 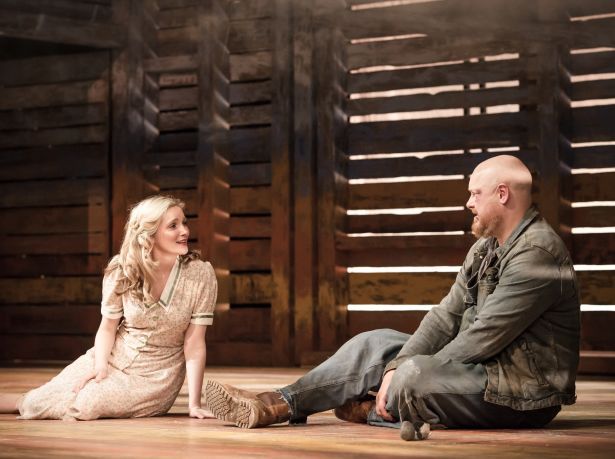 WIN TWO TICKETS TO SEE OF MICE AND MEN AT THE ASSEMBLY HALL THEATRE!

The Assembly Hall Theatre, Tunbridge Wells and insideKENT are giving you the chance to win two tickets to see Sell A Door’s production of the American classic, Of Mice and Men.

To win, all you have to do is follow @insideKENT and @ahttw on Twitter and tweet @insideKENT with ‘Win tickets to Assembly Hall’ and the answer to this question:

Q: When does Of Mice and Men open at The Assembly Hall Theatre?

Terms and Conditions:
Prize includes two tickets to see Of Mice and Men at The Assembly Hall Theatre, Tunbridge Wells, on your chosen evening between Monday 26th and Saturday 31st March 2018 (subject to availability; you must specify which date you would like tickets for prior to the show).

Of Mice and Men comes to The Assembly Hall Theatre