• TiNDLE x GET PLUCKED, have been announced as the official plant-based food partner of American Express presents BST Hyde Park from 24th June to 10th July

• The ridiculously good chicken made from plants is being offered as two delicious fried TiNDLE burgers, The Oprah Henfrey and Hen Solo, and two TiNDLE cones, the Cluck Kent and Holy Pluck, during the two-week festival stint

• Outside of the festival, GET PLUCKED will feature TiNDLE exclusively on the menu at its brand-new site inside Shoreditch Balls – marking a commitment to going fully plant-based at GET PLUCKED’s first London location 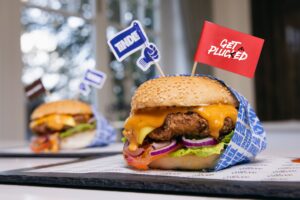 On 16th July, TiNDLE announced an extension of its partnership with GET PLUCKED, serving as the official plant-based food of American Express presents BST Hyde Park and the exclusive plant-based chicken option at new London site, Shoreditch Balls.

Following TiNDLE’s recent UK launch across 60 eateries up and down the country, with wildly positive responses from both meat lovers to venerable vegans, TiNDLE is popping up in new places such as at the well-known festival in Hyde Park – American Express presents BST Hyde Park, as the official plant-based food partner. 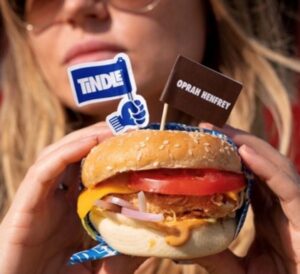 American Express presents BST Hyde Park, which started in 2013, set over three weekends and nine concert days featuring legendary headliners such as, Adele, Elton John, Rolling Stones, Eagles, and Pearl Jam, rising stars, and great food and drink throughout the festival. During the concerts, TiNDLE will be giving some lucky winners the opportunity to win free TiNDLE x GET PLUCKED burgers and cones; guests can visit the booth to enter the giveaway.

TiNDLE partner, GET PLUCKED, will be serving up a mouth-watering experience in a large stand located at the General Admission festival area and at a second location in the HydeAway area. They will be offering a selection of delicious, fried plant-based chicken, including a TiNDLE burger, The Oprah Henfrey and Hen Solo, and two TiNDLE cones featuring crispy waffle cones filled with bite-sized TiNDLE. 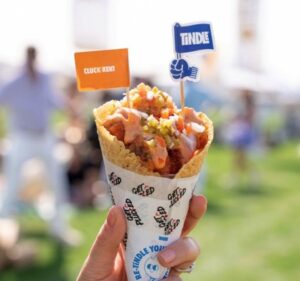 The Hen Solo will give you a choice of mouth-watering fried buttermilk or grilled TiNDLE with gem lettuce, onion, and a tasty vegan mayo. For cheese lovers, pick the Oprah Henfrey burger that includes a vegan cheese like no other. For something a little different pick one of the two TiNDLE cones, such as the Cluck Kent cone filled with crispy TiNDLE tossed with GET PLUCKED special sauce and garnished with sweet relish, red pepper, and red onion. For the spicy option, customers can try the Holy Pluck which includes jalapenos. 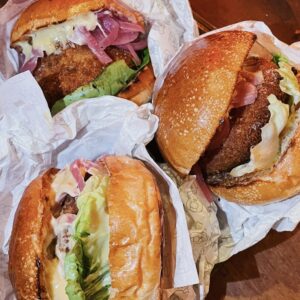 Made with only nine ingredients, TiNDLE is a versatile, easy-to-work-with plant-based chicken that has caught the eye of all-star chefs and culinary professionals due to its unique versatility and similarities in taste and texture to chicken from birds.

The TiNDLE x GET PLUCKED booth can be found in both the General Admission and HydeAway areas throughout American Express presents BST Hyde Park from 24th June to 10th July.

Additionally, customers who are not attending the concert series can enjoy TiNDLE during the week – with a chance to sample GET PLUCKED’s offerings after work hours – with operating hours on Monday from 12pm to 10pm and Tuesday through Thursday from 8am to 10pm, as part of the American Express presents BST Hyde Park’s Open House of free weekday summer activities. 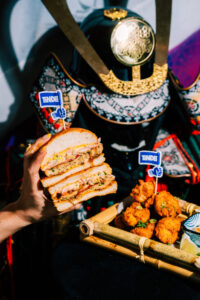 This news comes at the same time as GET PLUCKED announces that starting on 21st June, its new venue at indoor crazy golf Shoreditch Balls, will begin serving solely TiNDLE on menu – in a variety of handheld dishes including fried chicken sandwiches and chicken cones. As the exclusive food vendor of the crazy golf location, punters will have the chance to try a full range of TiNDLE x GET PLUCKED concoctions including Buttermilk TiNDLE Chicken Popcorn to a choice of six fried buttermilk TiNDLE or grilled marinated TiNDLE burgers – and six plucking delicious crispy waffle cones filled with TiNDLE tossed with homemade sauces.

Speaking of the commitment, TiNDLE CEO and Co-Founder Andre Menezes said, “It’s a testament to the forward-thinking nature of UK consumers that’s driven the change at GET PLUCKED. We’re seeing that all types of customers from vegans to meat-lovers can enjoy the same delicious experience that they get from chicken – but are able to do so without the use of animals. Thanks to our enlightened partners like GET PLUCKED, we are one step closer to achieving a more sustainable food system, and today marks a proud moment for TiNDLE in UK as our restaurant partner moves to an exclusively plant-based offering at its new Shoreditch site.” 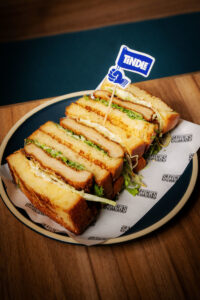 Customers looking to taste GET PLUCKED’s brand-new TiNDLE menu offerings can do so from 5pm until
close, with no obligation to dine in or play golf at Shoreditch Balls. For those who cannot make it to American Express presents BST Hyde Park or Shoreditch Balls, TiNDLE x GET PLUCKED are currently running a limited time food gazebo at Hampton Court Palace until 25th June.

Entry into the UK marked TiNDLE’s second European launch, only six months after its debut in the Netherlands. This week, TiNDLE is also bringing its ridiculously good chicken to Germany across six main cities: Berlin, Cologne, Dusseldorf, Hamburg, Munich, and Stuttgart as part of TiNDLE’s major European expansion. TiNDLE is now available in over 500 restaurants across 50 cities on 4 continents, and counting.

To learn where to currently find TiNDLE in the UK, visit tindle.com or follow on Instagram: @tindlefoods