This is what my eight year old, who was invited to the first night of the new Horrible Histories shows at the Churchill Theatre in Bromley (along with me, I hasten to add!), said when the first half was over and the interval began. 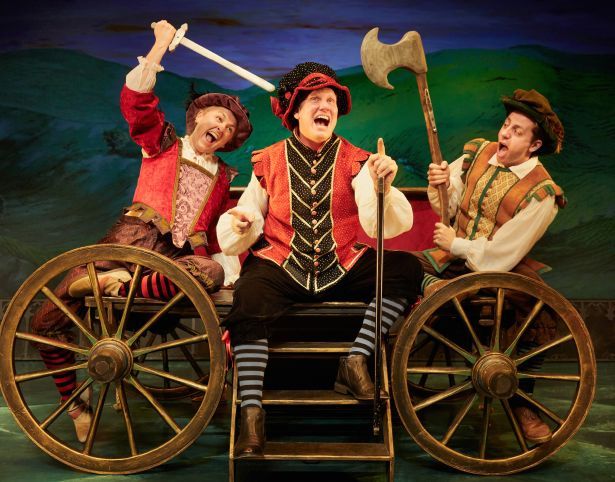 At the end she said, “It’s made me really happy!”

And so it had. In fact, the show had clearly made everyone in the audience happy, and I found myself grinning from ear to ear after the antics of Dr Dee (Simon Nock), Dross (Lisa Allen), and Drab (Izaak Cainer) who, cleverly, wittily, and not without some rather impressive blood splatters, had told the tale of the terrible Tudors, starting way back at the Battle of Bosworth Field when Henry VII took (literally, apparently) the crown all the way through to Elizabeth I’s rather sad end.

Plus, as a rather wonderful bonus, in the second half it’s on with the ‘safety goggles’ (3D glasses) so that the gore and guts can be all that more real. We’re treated to a 3D re-enactment of the Spanish Armada, gunpowder and fireworks, and a rather gruesome (in a good way) depiction of Mary Queen of Scots’ beheading – let’s just say it didn’t go well.

There are some standout moments in a standout show. Elizabeth I and Will.I.Am Shakespeare singing I’ve Got A Feeling together was fabulous, as was the football themed explanation of the religious differences that caused the Protestants and Catholics (and their monarchs) to fight between themselves. 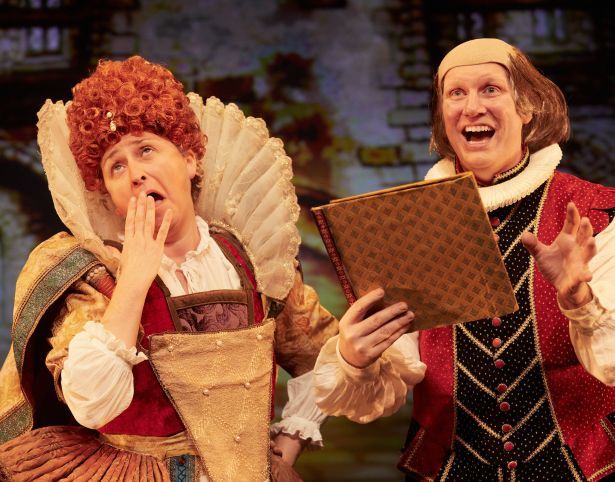 As for what happened to Henry VIII’s wives… the song that told us all is still rattling around in my head, and probably will be for some time to come.

The silliness is great fun, but it’s also educational in a way that keeps children interested and makes them want to know more.

Horrible Histories runs two shows: Terrible Tudors and Awful Egyptians, and both are playing at The Churchill Theatre until 10th February.

Please note: at the time of writing, the weekend shows are sold out. However, you can contact the Box Office for returns for these weekend shows.

In The Night Garden Live at The Marlowe, Canterbury