Review: Let It Be at The Orchard Theatre 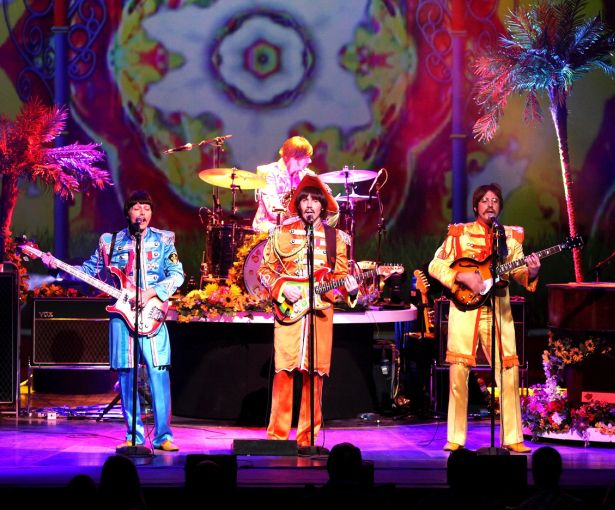 For the new generation of Beatles’ fans, Let It Be is the closest they will ever get to seeing the Fab Four perform live. And it really is close. Every costume, every chord, every chorus of every well-known song is pitch perfect. The mannerisms of the cast are spot on. The songs are as joyful, as rousing, as heart-breaking as ever, and as they were always intended to be.

In other words, Let It Be is a marvel.

The music is backed up by television ads from the 60s, as well as footage of fans from Beatles’ concerts. These additions enhance the performance and make it even more true to life. And by the way, keep a close eye on those screens throughout the evening – you might just spot yourself up there too!

Speaking of the audience, everyone is allowed – no, encouraged – to take photos and video, to share their experience on social media, and to basically enjoy themselves. This is not the kind of show in which you have to keep to your seat and stay silent. Dancing, singing, arm waving, even using the torch on your mobile phone (assuming you can remember how it works) to wave in the air during a haunting rendition of Let It Be is a definite must.

As Derek Nicol, joint Managing Director of Flying Entertainment, commented: “The time has come to take Let It Be on the road for its biggest ever tour – it’s an incredibly exciting time for the show and we’re delighted to add another five venues to the tour before it’s even started.

“We have an extremely talented cast who have performed the show to audiences on New York’s Broadway, in London’s West End, and toured across Europe and Japan. The show’s most recent run was in Liverpool, where they certainly know their stuff when it comes to The Beatles. They truly welcomed Let It Be into their hearts, the response was fantastic and we knew it was time to share the show with the rest of the country through a 26-venue tour spanning seven months.

“The show will have audiences on their feet from the very start. They won’t be able to help themselves thanks to the iconic songbook from the world’s biggest band. We’re also looking forward to entertaining the next generation of Beatles’ fans.”

Let It Be is at The Orchard Theatre until 2nd July, and tickets are selling fast. If you want to be part of The Beatles’ story, from their humble beginnings in Liverpool’s Cavern Club to their groundbreaking Sergeant Pepper days and beyond, click here for tickets.

Review: Let It Be at The Orchard Theatre