Review: The Wedding Singer at The Orchard Theatre

I knew I was going to love this show from the very start. A big screen filled with the clock from the Delorean in Back To The Future, and the top line proclaimed the exact date and time that I was sitting in the theatre, waiting for the day to start. The bottom line? Well, that was our time travelling destination of course: July 06, 1985. 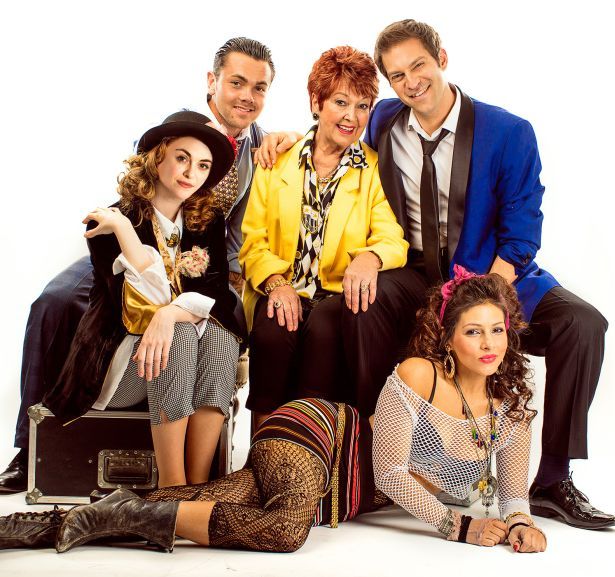 It was a fun, quirky way to start a fun, quirky show packed with so much nostalgia my heart fairly ached by the end of it for days past. You may have guessed, I love the 80s. There is something so magical about the clothes, the music, the movies, that I can’t help but look back on that decade with a huge and warming fondness.

So for me, The Wedding Singer was already hitting all the right notes.

And then the action began, and I was blown away. This is a high energy show from the start, full of songs that will have you tapping your feet to the rhythm and humming them long after the final curtain. They are familiar because we know what 80s music was like, but they are definitely new (apart from two songs in the show which, if you’ve seen the film, you’ll be aware of already) and they are wonderful.

The first song, “It’s Your Wedding Day” happily sets out the backstory of the main characters, letting the audience know immediately who’s who and what’s what. And, having been told that information, audience members can sit back and simply allow the simple love story and the beautiful music to fall over them like a comfy – energetic – blanket.

Stand out songs for me included “A Note From Linda” during which Linda, played awesomely by Tara Veloop, does a marvellous impression of a big haired 80s power ballad mistress, a la Bonnie Tyler or Ann Wilson. It was jaw-droppingly fun. Not for Robbie, of course, played so well by Jon Robyns. But for everyone else it was a hoot. 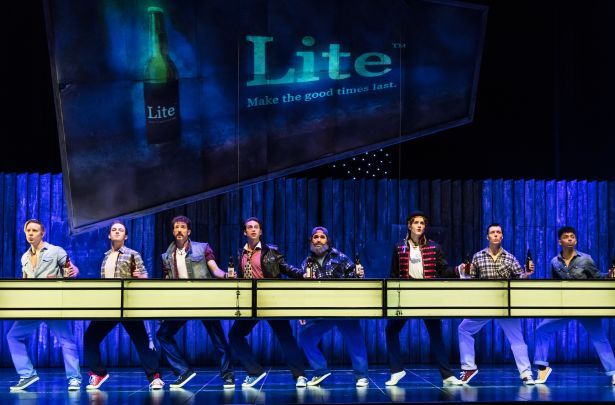 Speaking of Jon Robyns, he really does have it all. He can sing, act, and dance, and he puts his all into the character of Robbie, the poor, jilted wedding singer, who falls helplessly in love with a waitress who, it seems, has bigger plans since she is engaged to a Wall Street big shot.

Which brings me neatly to Ray Quinn. Quinn plays Glenn, the baddie, the Wall Street ‘greed is good’, cheating, generally obnoxious fiance of darling Julia. We all know he is bad for her. We all know she’ll be miserable with him. We all wonder why they’re together in the first place. And we all know it will end happily ever after. But that doesn’t mean we aren’t allowed to worry a little every now and then.

Ray Quinn is quite the revelation. Who knew he could dance like that? Leaping off tables, fast-stepping with the ladies, throwing dollar bills around like confetti… He is mesmerising, and his big number, “All About The Green” is a show-stopper. Or would be if it wasn’t the second half opener!

Grandma Rosie is another superb character, played by the incomparable Ruth Madoc. She has some laugh out loud funny moments (I can’t even bring myself to type what she calls Linda, although she does sing it beautifully!) and her duet with George, including some ‘backflips’ (you’ll see what I mean – this was a nice touch), “Move That Thang”, was impressive indeed. 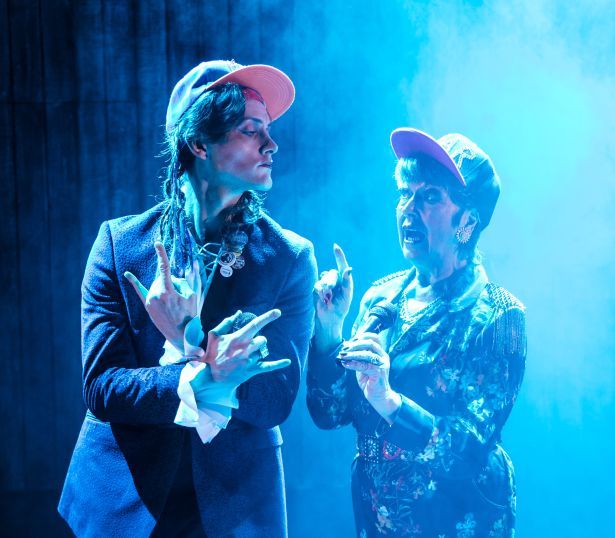 There is so much to love about The Wedding Singer. Music, choreography, the set, the cast, the happy ending… Don’t miss out.

Review: The Wedding Singer at The Orchard Theatre